The Healthiest Cities to Visit for LGBTQ Travelers 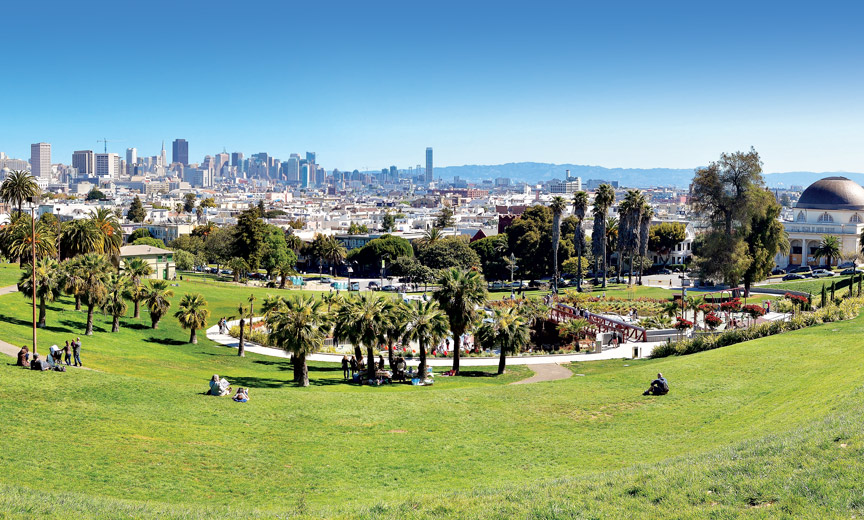 We look at a study ranking the nation’s healthiest cities, then take a look at how LGBTQ citizens and visitors alike can make the most of them.

In 2011 researcher Jens Pruessner released a study called “Stress in the City: Brain Activity and Biology Behind Disorders of Urbanites.” The study showed “being born and raised in a major urban area [is] associated with greater lifetime risk for anxiety and mood disorders.”Until now the biology for these associations had not been explored in much detail. Now a study shows that “two distinct brain regions that regulate emotion and stress are affected by city living.”

Does this mean we should all move to a commune? Not necessarily. There are still plenty of healthy cities in the U.S. In 2018 Wallethub released a report of America’s healthiest and least healthy cities.

The findings compared more than 170 of our most populated cities while factoring in “40 key indicators of good health.” These indicators came from four key dimensions: health care, food, fitness and green space. For health care, some indicators included premature death rates, mental health and counselors, physical health and dentists and the cost of a medical visit. Indicators for food included fruit and vegetable consumption, farmer’s markets, healthy restaurants, dieticians and nutritionists and number of obese residents. Fitness indicators took into account health clubs (and their average cost), weight-loss centers, fitness trainers and aerobics instructors. The calculus for green spaces included local parkland acres; park quality; hiking, running and walking trails, and access to recreation, physical activity and “greenness.”  Data to establish Wallethub’s ranking came from the U.S. Census Bureau, Council for Community and Economic Research, the Bureau of Labor Statistics, County Health Rankings, the Centers for Disease Control and Prevention, the Trust for Public Land and Under Armour.

Getting around by the Bay

Wildfire smoke may blow into the area, but San Francisco has been a health and wellness pioneer. Consider their expansive parks and green areas, wellness centers, healthy restaurant options, beaches, markets and more. Looking to get a closer look at this City by the Bay? Meander through Golden Gate Park or Dolores Park and take in some of the most beautiful landscaping — not to mention the strolling eye candy — in the country. It’s reputed to have the nation’s most walking trails per capita, followed by Washington, DC. Here, you can get a little closer to Nirvana by walking in the footsteps of the late cult hero Alan Watts, the Buddhist philosopher whose writings influenced the hippies and the beat generations. There’s said to be over 100 spots to get your asana on in San Francisco. Some of the more popular yoga studios include Laughing Lotus Yoga Center, Yoga Garden SF, Yoga to the People and Yoga Mayu. Once you work up an appetite, San Francisco also boasts the fifth-highest number of healthy restaurants per capita. Consider checking out Asian Box, where everything is gluten-free; Dabba, a popular Caribbean, Indian, Mexican and Cajun spot in the Marina; Mendocino Farms, where you can indulge in “the healthiest side salad ever;” and Kitava, the super-healthy paleo diet-friendly hotspot ironically doing business out of a former McDonald’s location on Mission Street.

The abundance of scenic landscaping in and around Washington, DC, is undoubtedly part of the reason it lands as the fifth healthiest city in the lineup. Pierre L’Enfant, DC’s first urban planner, designed the nation’s capital to be beautified by public gardens and spaces. Some of DC’s incredible gardens include the U.S. National Arboretum, which boasts one of North America’s largest collections of bonsai trees; the 1,700-acre Rock Creek Park, established in 1890; the Hirshhorn Museum’s 1.5-acre Sculpture Garden in the middle of the National Mall; Merdian Hill Park; Lincoln Park on Capitol Hill; Kenilworth Park & Acquatic Gardens; the U.S. Botanic Garden, and Georgetown’s Tudor Place Historic House & Garden.  “Eating Clean” has also taken off all over DC with an expansive selection of vegetarian, vegan and ultra healthy restaurant options like HipCityVeg, NuVegan Cafe, the DC homegrown Sweetgreen chain, swank Blagden Alley farm-to-table favorite The Dabney, and the EatWell DC collection of seven distinct restaurants in the area: Grillfish, Logan Tavern, Commissary, The Pig, The Shaw, The Charles and Frenchy’s Naturel. Every DC resident (yes, that’s 100 percent) lives within two miles of a recreation center and there are over 70 miles of bike lanes in the city with more than 1,100 bikes available in their expanding bike sharing system.

Valley of the Spas 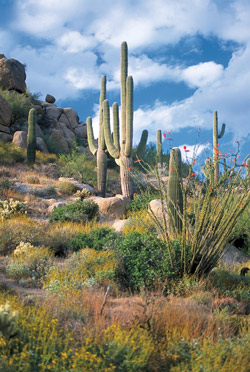 Scottsdale is part of the “Valley of the Sun” in the Sonoran Desert. The term is a nod to the area’s roughly 330 days of total or at least partially sunny days. Wellness is a way of life Scottsdale, which boasts the highest number of spas per capita in the U.S. Unique treatments available include the cannabidiol (CBD) remedies offered at the Agave, and the Arizona Spa at the The Westin Kierland Resort & Spa. After your treatment, be sure to visit the spa’s Tea Leaf Reader/Astrologer and Intuitive Consultant to forecast your next wellness experience.

The Four Seasons at Troon North features a number of signature treatments, including The Pinnacle Facial with anti-inflammatory properties of gold and gold-infused sugar scrub and shimmer oil and a Jojoba and Prickly Pear Polish treatment to heal your body and leave it smooth and moisturized. Joya Spa at the Omni Montelucia (inspired by the Moroccan desert and Andalusia) provides a wide range of healing experiences, taking guests through Hamam-inspired spa rituals. The journey begins with an escorted walk up a grand staircase to the “Joy of Intention Room” where guests choose a healing stone to set the tone for the day (Tiger Eye, Blue Lace Agate, Rhodonite, Rose Quartz, or Hematite). Guests then move to the room of purification where sits a 55-pound quartz crystal radiating light before transporting to the authentic Hamam in the Sonoran.

Spagoers looking for Native American-inspired treatments should head to The Boulders Spa, to take in the “Journey of the Sacred Circle.” Created using Native American belief systems as a guide, this is a series of spa services that follows a “medicine wheel” of human experiences which emulate the natural cycle of Earth, its moon phases and the four seasons. You might opt for the Sun Suite Celebration, which is a full day experience where you can soak up the sweeping views of the Boulders while taking in three 50-minute services: one 50-minute nail service, a spa lunch and amenities like a private outdoor whirlpool, fireplace and steam shower.

Looking for something more physical? Some of the best hiking trails in the country are right in Scottsdale’s backyard. There’s the Pinnacle Peak Summit Trail, a 3.5-mile hike. Or try the strenuous 4-mile Tom’s Thumb Trail, with an elevation gain of 1,236 feet. Out in Scottsdale’s McDowell Sonoran Preserve, you can explore the peaceful Gateway Loop Trail, a 4.5-mile trail with a manageable 655-foot elevation. If you’re looking to beat the heat, Salt River Rafting is definitely an option. Salt River Rafting offers a full day 10-mile adventure featuring 14 Class III rapids and a riverside lunch for $129. Their longer excursions include a three-day wilderness trip that provides Indian ruins and a unique opportunity to explore the Salt River Canyon Wilderness. Sanctuary on Camelback Mountain offers Standup Paddleboard Yoga, which combines a variety of yoga poses — encouraging you to be mindful about your breathing with an incredible backdrop. WOGA (Water Yoga) is also offered at the spa/resort/sanctuary CIVANA Carefree. Cool off in their unique 50-minute yoga class; just don’t be afraid to get wet. 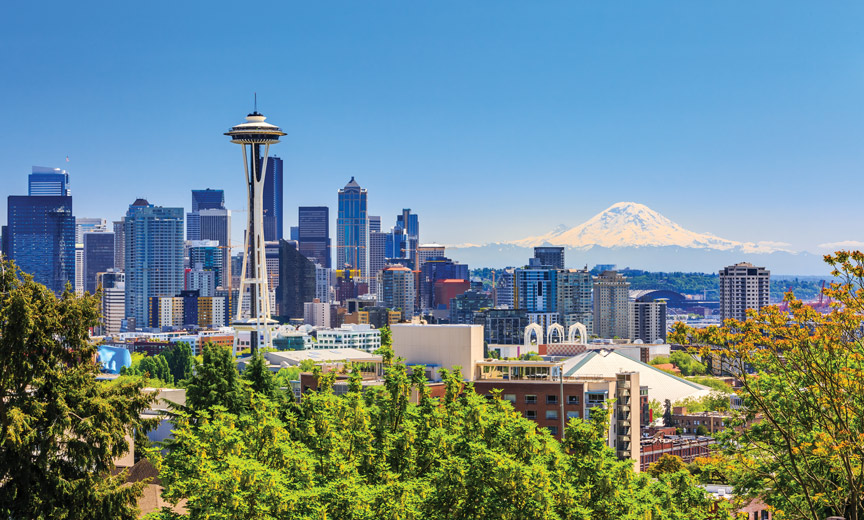 And as for the Least Healthy Cities…

Our advice to those living in the least healthy cities? Get outside and move your body! The ACSM American Fitness Index’s 2018 rankings states “regular physical activity is one of the most important ways people can improve and maintain their health. … While a significant proportion of Americans are physically active, less than 25 percent of adults meet national physical activity guidelines. With obesity rates climbing to 40 percent of adults and obesity-related medical costs exceeding $147 billion yearly, increasing physical activity has never been more important to the nation’s health and economic outcomes.”

Make sure you’re drinking plenty of water and eating fruits and vegetables rich in water and nutrients. Make healthy food choices by eating seasonally and planning your meals so that they’re continually well-rounded. Lastly, get plenty of sleep. Consistently getting a good night’s sleep is just as important as eating well and exercising.

You might not be able to change your physical surroundings to give you maximum access to parks and fitness instructors and haute vegan cuisine. But you can certainly take a few steps in the right direction. 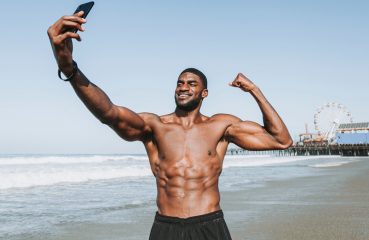 Want Other Gay Guys to Notice Your Body This Summer? Start Planning!

Having a beach-beautiful body requires planning. So if you want to look trim this summer, it’s time to start packing your meals ahead of time. Here’s how: Plan Your... 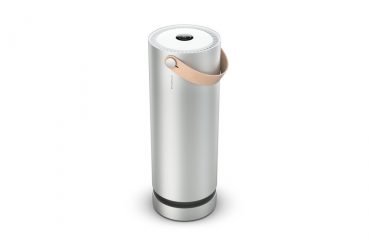 Simple Tips to Reduce Toxins in the Air at Home

Simple tips to reduce toxins in the air so that you can breathe better, and stay healthier at home. These days, A quick look at the Air Quality Index might prompt you to call out...