You Should Watch Cinemax’s “The Knick”

In its first season, Cinemax’s The Knick made a huge cultural splash, and it’s fairly easy to see why.

One of the things that is so exciting about Cinemax’s medical drama The Knick is that every episode is directed by Steven Soderbergh, the visionary behind both Oscar fare like Erin Brockovich and crowd pleasers like Magic Mike. (Soderbergh also directed the show’s entire second season, which debuts August 8.) Until recently, TV has rarely lured directors of Soderbergh’s caliber for more than an episode or two, but this is changing, as evidenced by projects like The Knick and Netflix’s Sense8 (which is helmed by the Wachowskis of The Matrix fame). The Knick stands out from TV’s other hospital fare by being set in the early 1900s and displaying a fairly secure grip on the historical period. It also boasts a distinguished cast, including Clive Owen (pictured) as a surgeon who is overly fond of his own medicine and André Holland as his black counterpart. Together, they inhabit a gritty, turn-of-the-century world, weighty with issues of class and race. THE WORD: As a bonus, The Knick will make you immensely grateful that medicine has come so far over 100 years. COMING TO: Home Video.

Read Next | This Is What Gay Life Looked Like in WW II. Can You Add to the Story? 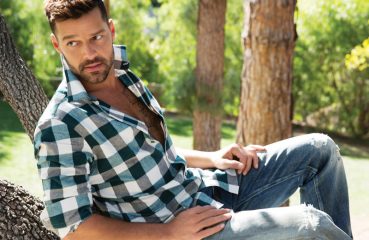 Ricky Martin offers us an exclusive interview on what to expect when he returns to the U.S. this fall with his exciting new concert tour — and how he’ll celebrate the holidays...

Earlier this year Robyn and La Bagatelle Magique announced one U.S. appearance in support of their recently released mini-album Love Is Free; they have since canceled it due to...