This Is How Eric Schwabel Makes People Want to Get Shot 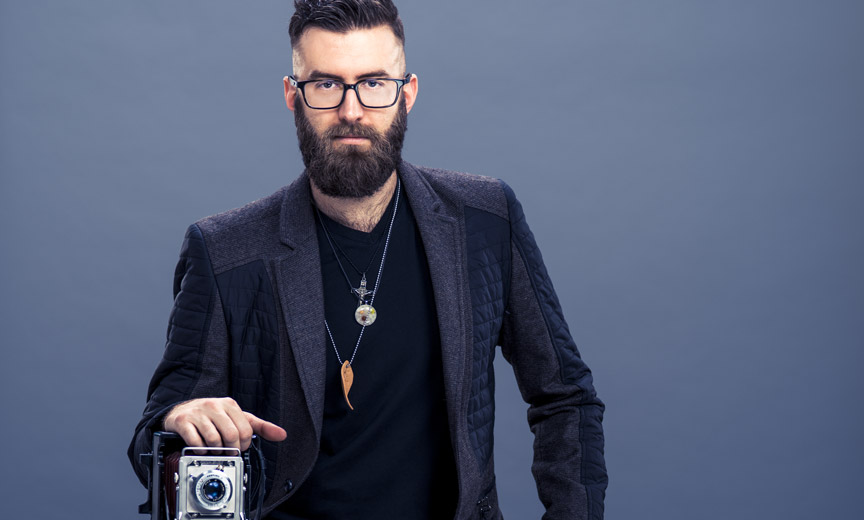 What’s the biggest lesson photographer Eric Schwabel learned over the course of his varied career? If there’s something he want to see in his subject, he has to make them feel it.

As we talk, a team is transforming the Schwabel Studio space for a big photo shoot. “There’s a ten-foot waterfall in my studio right now,” Schwabel tells me with a laugh. He’ll later send me an email during the shoot that reads: “Water + electricity + naked models = high alert.” But Schwabel’s career has run the gamut from commercial work for huge brands like Toyota and Pepsi to sessions with major Hollywood stars. So you can b he has the everything under control.

Read Next | The Magic of “National Geographic Encounter: Ocean Odyssey”

Getting to Know the Stars

When it comes to shooting celebrities, Schwabel says, “The most successful shoots are usually the ones where you spend some time getting to know the person prior to the shoot.” Occasionally that comes from a preexisting relationship or can be built over multiple shoots. “Neil Patrick Harris, I shot four times. So he would probably recognize me at this point.”

Schwabel points to his shoot with hilarious celebrity couple Megan Mullally and Nick Offerman as one where meeting beforehand led to amazing results. They requested a pre-shoot meeting, were excited by his off-the-wall ideas and eager to add their own zany energy. “When you’re a portrait photographer, you have to understand that everything you do is a collaboration,” Schwabel explains. The results — which include fabulously wacky shots of Mullally and Offerman barbecuing in formalwear — confirmed for Schwabel that, “the more you can collaborate with people, the more they wanna be there.” 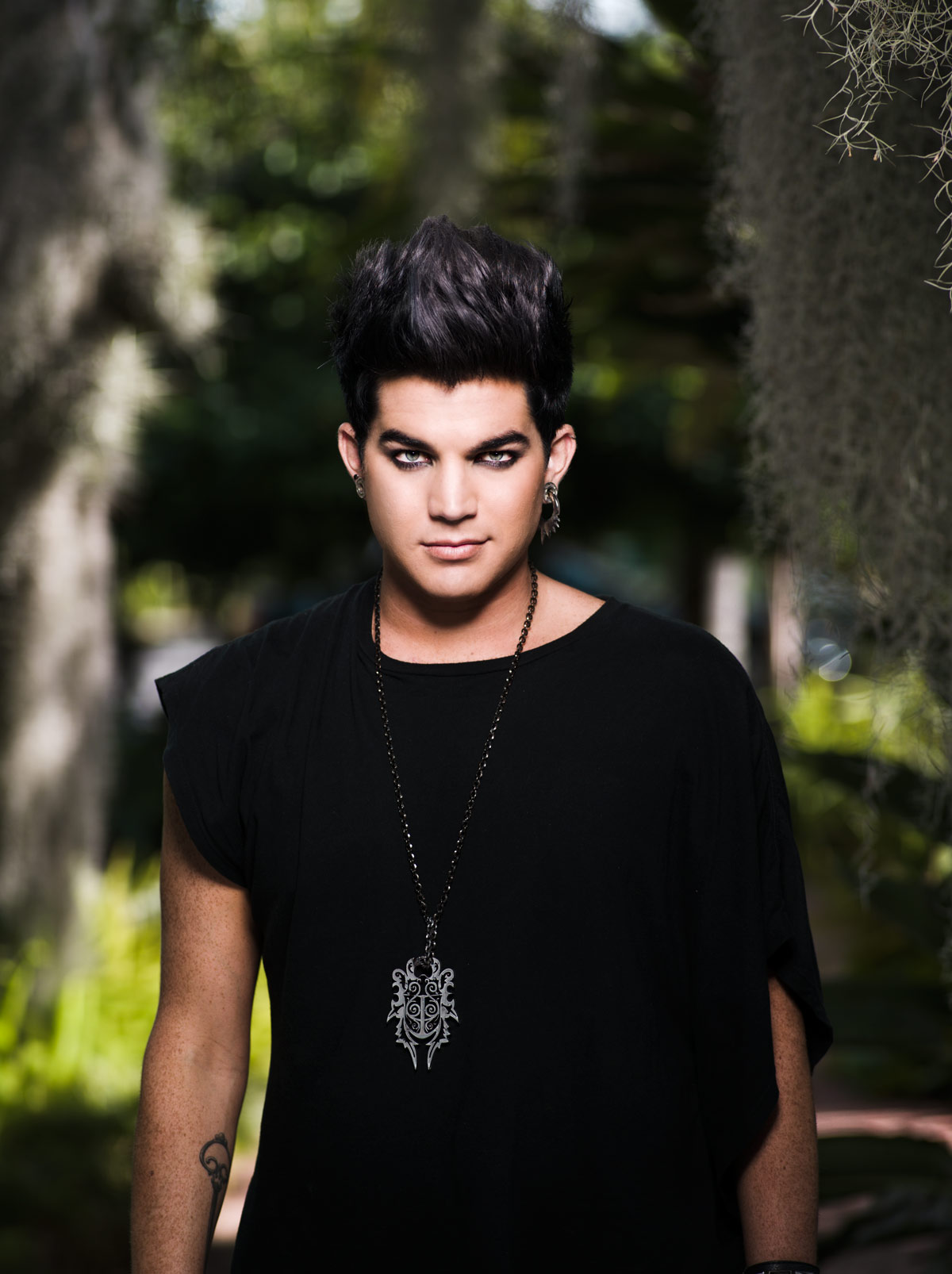 Adapting to the Circumstances

And then there are celebrities who are not so collaborative. Schwabel won’t name names when it comes to his worst celebrity shoot, but he describes the subject as “Oscar-grade.” The celeb served so much grumpy face during their first effort that Schwabel had to schedule a re-shoot. “It’s a very psychological thing,” Schwabel explains. “You can’t tell them to look happy; you have to make them happy.” Schwabel ultimately told the difficult subject a joke and was able to capture a grump-free moment. “You really have to get somebody in that mindset, and if they’re not there, you’re gonna get whatever they’re gonna give you.”

This philosophy applies to working with models, too. For example, after years of working with mainly male subjects, when he began shooting women’s fashion, Schwabel (who is gay) noticed: “It is more difficult because I need to get into sort of a sexualized headspace,” he says. “If you want to get [sexy] from them, then you have got to be kinda flirty.”

But even straight male models respond to Schwabel’s flirtatious vibe. He points to Alex Minsky, the marine-amputee-turned-model whose sexy shots wnet viral. “Alex Minsky, who is straight, really likes attention, and he loves the gays,” Schwabel says with a laugh. “We could be shooting a headshot, and he’d want to be naked.” Schwabel’s shoots with Minsky have been so fruitful that they had a special exhibition called “Don’t Laugh: Schwabel vs. Minsky.” The title references the ‘don’t laugh’ tattoo across Minsky’s awesome abs.

Though the majority of his work takes place in the studio, some of Schwabel’s most intriguing photographs come from traveling to document the unique arts event that annually rises from the sands of Nevada’s Black Rock Desert: Burning Man. For those unfamliar, it’s part arts festival, part experiment in community-building. Burning Man brings together tens of thousands of people to erect (and tear down) an improvised city. Radical self-expression is encouraged. These free-spirited individuals make ideal subjects for a photographer in search of inspiration.

Schwabel first attended in 2005, bringing with him a bevy of his best equipment. However, he couldn’t use it because the site was covered with a fine alkaline dust. “The minute you get there, there’s a coating of it on you, and it will destroy electronics — a digital camera especially,” Schwabel remembers. He returned in 2010 with a unique solution: his Human Lightsuit, which allows him to carry studio-quality lighting equipment in a way that is protected, portable and looks like a piece of art in and of itself. “You walk around with, basically, these giant wings on your shoulders that are glowing and changing color and [when you ask], ‘Can I take your picture?’ people are like, ‘Hell yeah!’”

In addition to allowing him to capture studio-quality images, the Lightsuit made him feel like part of the event. “I tend to be an ultra-introvert,” Schwabel says. “It’s very hard for me to force myself to go out.” But wandering Burning Man in his Lightsuit makes him “feel like I’m around like-minded people that are just gonna be totally cool with whatever I do, and the weirder I am, the better.”

Read Next | Why Boston Is Perfect for LGBTQ Honeymooning Couples 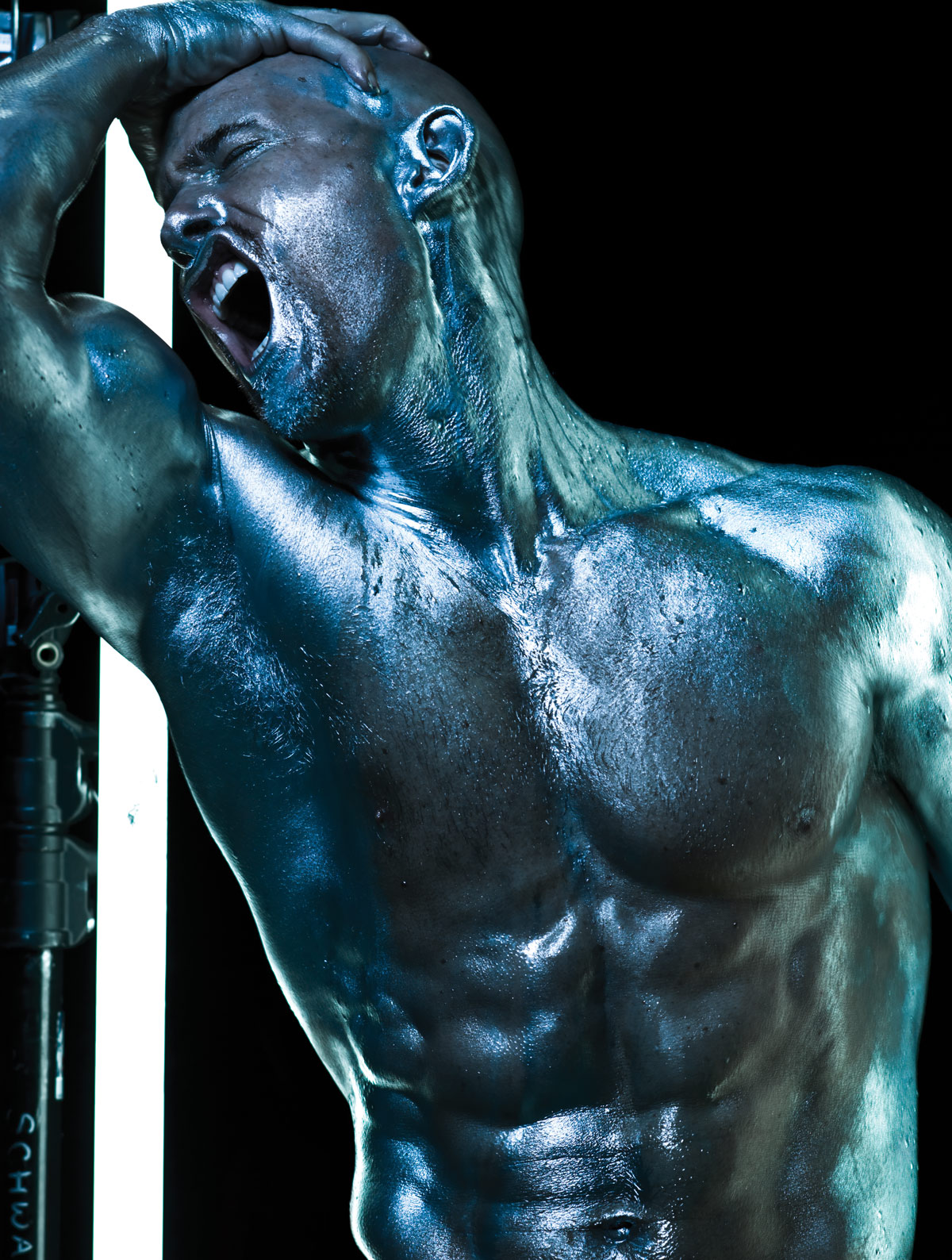 From Minnesota to California

While Schwabel’s life today is centered in Los Angeles, it started in a different kind of environment: Minnesota. “We grew up really far from the cities. We grew up in the middle of nowhere, in a town called Lake Elmo. And the problem I had there — because I was out at a pretty young age — was that I didn’t know anyone else who was gay.”

Beyond his sexuality, Schwabel felt that the place was designed to insulate people from one another. “You’re bundled up six months out of the year at least, if not nine, so you don’t have a lot of human contact,” Schwabel says. He calls it “the psychology of living in someplace that’s so cold.”

Schwabel’s journey to warmer climes included stops in upstate New York to study photography and New York City, where he spent some time working with noted photographer Len Prince. Eventually he found his home in the Los Angeles neighborhood of Venice. “I basically decided I’m staying in LA,” he says. “Of the places I’ve lived, it’s by far the most creative.”

“Everyone is super weird,” he says admiringly of his fellow Angelenos. “Especially in Venice, in the building I’m in, it’s just artist lofts. You’re constantly surrounded by people who … are comfortable being themselves.”

Happy with a Camera

“I’m enjoying where things are right now — that I’ve got this sort of crazy nude work, and I’ve got this highly corporate work,” says Schwabel. “I don’t really take on anything that I don’t want to do at this point. That’s like a really good place to be.”

Though some of his work may seem otherworldly, he doesn’t believe in getting there via Photoshop. “That’s a big thing too for me: I don’t like to retouch,” he says. For him, there’s something essentially in-the-moment about the art of photography. “It needs to happen in-camera for me. I need for it to have been a moment that actually existed.”

When Schwabel reflects on his career, he realizes that — in many ways — it has also been his therapy. “I think the biggest takeaway for me about this career in particular has been that it’s very psychological. Working with people in this way, it’s been a way for me to work through stuff. The early work with the men was all very much me working through my sexuality and learning about myself. And then the celebrity stuff and focusing on faces and personality was a way to approach people and to be comfortable with people.”

Moving forward, Schwabel plans to continue to ramp up his celebrity work and do more with video. But — whatever the medium or the subject — his biggest goal is to focus on collaboration.But with such a varied and growing portfolio of projects and collaborators, is there any one aspect of it that makes Eric Schwabel most proud? “Most proud? I don’t know,” he answers thoughtfully. “I think I’m just happy if there’s a camera in my hand.”

The Art of Eric Schwabel

A further look at why we put Eric Schwabel on the cover of our April/May issue....