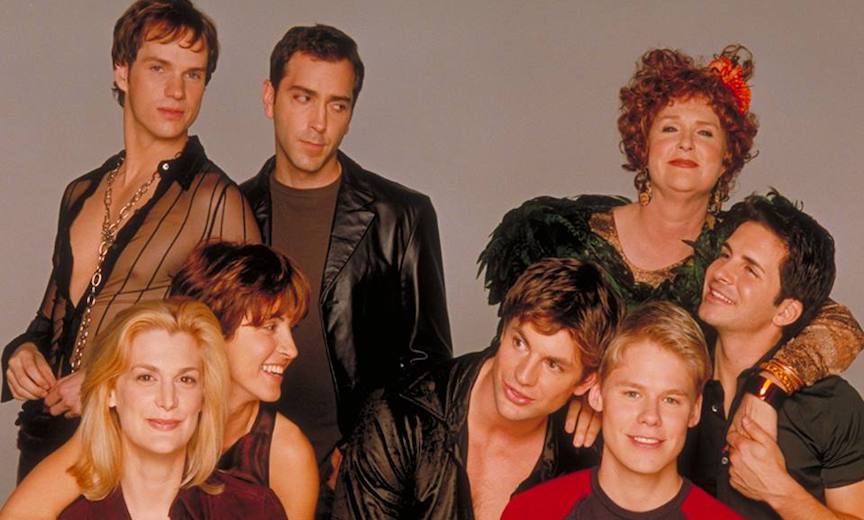 Queer As Folk gave many a questioning youngster an opportunity to see what life might be like as a gay man or woman. It remains a cultural touchstone.

The cast recently reunited for an Entertainment Weekly photo shoot and a series of interviews (we have series stars Gale Harold — who’s actually straight — and Randy Harrison talking about their first scene together and how their hookup set the stage for the series. It’s posted below.)

Based on a British series of the same name, QAF ran from December 3, 2000 to August 7, 2005. For many, including Showtime network watchers who weren’t gay, it was the first attempt to show what life was like within the American gay community at the time.

And although the show was set in gritty Pittsburgh, much of the series was actually shot in Toronto, and became a popular gay tourist destination as tourists wanted to see where their favorite characters drank, danced and dealt with the many curve balls life threw at them. AIDS loomed large in the plotline, as most of the series’ run took place before anti-viral cocktails appeared on the market.

The show revolved around an awkward friendship between Brian Kinney (Harold) and Michael Novotny, which was complicated from the outset by the arrival of the twinky Justin Taylor (Harrison). Subplots abounded, including an additional pair of friends, Emmett (Peter Paige) and Ted (Scott Lowell). In addition, the show delved into lesbian topics through a couple, Lindsay (Thea Gill) and Melanie (Michelle Clunie) who become parents with Brian’s . . . contribution.

The show received the warmest possible welcome from the LGBT community for its frank discussion of serodiscordant couples (the negative Michael soon had a poz partner, Ben, played by Robert Gant), drug addiction (Ted had a rough bout with crystal meth), and even ex-gay therapy.

Emmett looks him up and down and whispers to the fellow sitting beside him, “I’d start with those shoes.”

If you were one of the many who found a way to watch the show week after week in secrecy while your family remained unaware of your same-sex attractions — welcome to the club. Queer As Folk made LGBTQ life seem possible for millions. 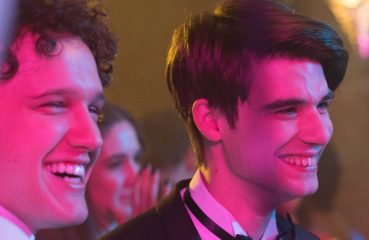 Alex Strangelove is a feel-good coming out story for questioning teens trying to navigate same-sex attraction. The film, which bowed Friday on Netflix, is right out of the...

“Will & Grace” Return to Home Release — with Bloopers

Will & Grace did at least as much boundary pushing as Roseanne. Notice that after their reboots, only one of them remains on the air. While Roseanne may have had the approval...