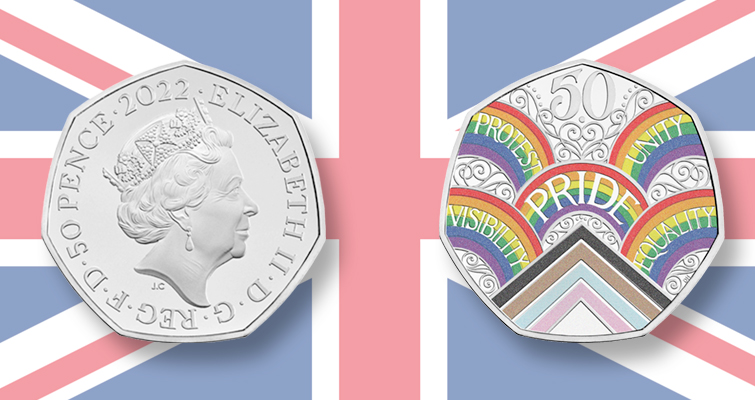 Now this is the change we want!

In 1972, the United Kingdom hosted its first official Pride event. What took you so long, mates?

Oh well, progress is never a straight line; it’s more of a gay pattern characterized by elegant swoops and flattering diagonals. These zigzag dynamics are at play in the new queer currency from the Royal Mint, and its design is fit for a queen indeed!

The nation’s Director of Commemorative Coins Clare Maclennan explains, “The 50th Anniversary of Pride UK is a milestone celebration, and it is a privilege to mark 50 years of progress with this 50p coin. This is the first ever UK coin dedicated to Britain’s LGBTQ+ community, with colour printing technology capturing the spirit of Pride UK with its iconic rainbow colours.”

Tattoo artist (yaas!) and gay activist (double yaas!) Dominique Holmes crafted the aforementioned style. Sculpted spectrum hues caress the bulk of the keepsake’s surface, while a jaunty triangle juts along the lower quadrant of the coin to represent trans rights.

It took some fierce footwork to bring Dominique’s vision to LGBTQ life. The Royal Mint pioneered a new printing process to imbue the metal with rainbow iconography, but a closer look reveals an even greater depth of detail.

“It humbles me greatly that the words that I coined for the brand, PROTEST, VISIBILITY, UNITY & EQUALITY – will be on an actual coin, opposite the Queen.”

These are the elated words of Asad Shaykh, the Director of Marketing and Communications for London Pride.

“It was a privilege to visit The Royal Mint as part of our partnership and see our coin being made.”

Mining the moment for all of its cultural significance, Asad gets personal.

“This queer brown immigrant has come a long way, powered by hope, love and this city. Nowhere in the world had this been possible, except the UK. Pride in London feels very proud today.”

We join the UK in their enriching milestone and we vow to spread the wealth of good vibes this coin represents. You can bank on it! 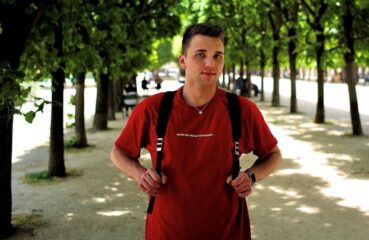 He survived conversion therapy. His aunt is a Congresswoman whose extreme views dictate, “The most fundamental cornerstone of civilized society — traditional marriage — is... 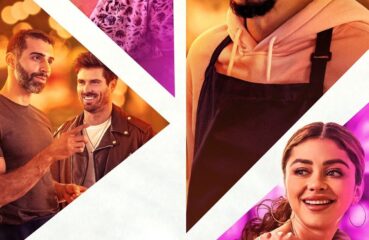 Confession time! Before you came out of the closet, did you ever pretend to have a lover of the opposite sex to distract from your overwhelming gayness? We’re picturing a...