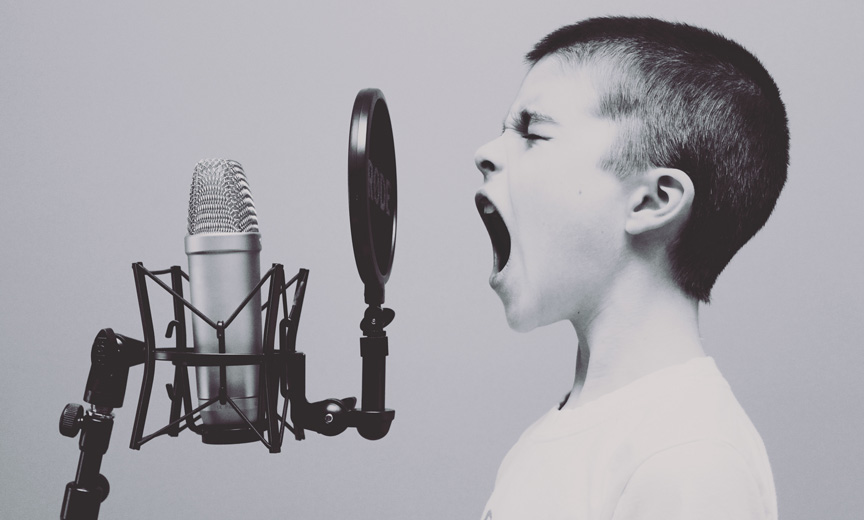 What do you do when you love someone who adores singing Christmas carols but just can’t carry a tune?

I discovered Gary couldn’t sing just a few days after we started dating. We went to see the movie Evita, starring Madonna. When she began to sing “Don’t Cry for Me Argentina,” Gary started singing along. I wept for the country of Argentina — and the rest of the theater.

It wasn’t that Gary was merely off: He was so tone deaf he couldn’t carry a tune in a basket made by Mozart and handed to him by Alicia Keys.

“Didn’t you ever take any music classes?” I asked.

Gary looked at me sadly. “I was never really allowed to take music after elementary school,” he said. “Even up until then, they always made me play the blocks. They were my favorite instrument.” My heart broke for him, and I resisted the urge to to tell him that blocks are not really instruments.

Despite my various horror stories from growing up in the Ozarks, my parents had let me embrace the arts: I had written, acted, sung and played trombone. So I enrolled Gary in my own personal music class, in which I would teach him the basics he had missed. Sadly, after a few weeks, Gary was still finding sheet music made about as much sense to him as an ophthalmologist’s eye chart.

When I asked him to sing “Mary Had a Little Lamb,” to test his progress, I realized there might never be a sound that would leave his mouth even remotely in tune. He sounded like Jodie Foster in Nell — but less polished.

Gary’s ultimate heartbreak came at the holidays. He adored Christmas music: Nat King Cole and Dean Martin, Patti LaBelle and Mariah Carey, Harry Connick Jr. and Whitney Houston. He would sing along from Thanksgiving to New Year’s. Sometimes, if I stared at him with my hands over my ears, I could see the holiday spirit emanating from him. “I always wanted to go caroling,” Gary explained. “But I was never allowed to join in.”

When we moved to Michigan, we found that the nearby towns greeted the season with equal fervor: festooning themselves with lights, horse-drawn carriages, winter greenmarkets and, naturally, carolers.

It seemed that everyone in the area caroled. Some were trained singers who performed as a chorus and spent months attaining perfection. Others simply loved the holidays and spread their joy through the community, performing during tree lighting ceremonies, at artists’ open houses or by going door to door.

One chilly morning, as I was picking up a latte in town, I noticed that one of these groups had pinned up a poster seeking new members. I watched Gary read it, smile longingly and walk away.

I signed us up immediately.

At our first rehearsal, I noticed confused looks from our fellow carolers when Gary opened his mouth. I got into the habit of silently mouthing,”I’m so sorry!” when he wasn’t looking. But after one of these practice sessions, a kindly, white-haired woman in a sparkly scarf and snowflake pin pulled me aside. “There’s no need to apologize for your partner,” she said. “He reminds me of my grandson. He’s so full of the holiday spirit, you can’t help but love him.”

I realized that she was right. Though she was a stranger, she had perfectly captured the way Gary’s essence made up for his shortcomings. So I hatched a plan.

One evening, just before Christmas, our group was standing downtown, doing our best to look like we were on loan from a Dickens classic. We were in the middle of singing “We Wish You a Merry Christmas” to holiday shoppers gathered nearby when we suddenly stopped cold — all of us, except Gary, who was left to sing solo.

For a second, he looked at the rest of us, stunned. But then he kept going, raising his voice until he was singing at the top of his lungs. And, although he managed to hit exactly zero notes in tune, he touched the hearts of everyone listening that day.

Later that night, we sat at home, sipping hot cider in front of a fire, reminiscing about the evening.“That was the best gift you could have ever given me,” Gary said.

“No, sweetie,” I said, smiling and holding back a tear. “That was the best gift you could have ever given us.”

Wade is the editor of I’m Not the Biggest Bitch in This Relationship and the author of four books. You can learn more about him by visiting ­waderouse.com. 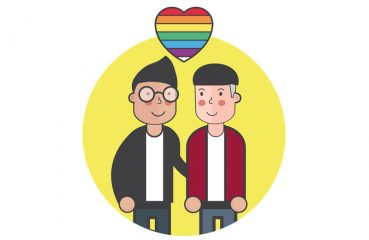 The Daddy/Boy dynamic may seem relatively new in current gay culture, but intergenerational relationships are a tale as old as time — both heterosexual and homosexual. The first... 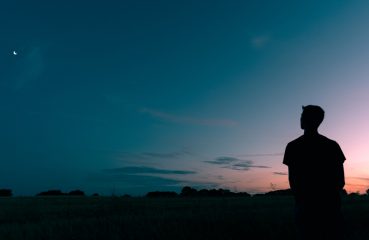 What One Gay Man Learned after Getting Dumped at Christmas

It was cold in Miami that December. Temperatures had dropped into the high 30s. For Miamians, this meant an emergency. Being cold-blooded: many an invasive iguana froze to death...