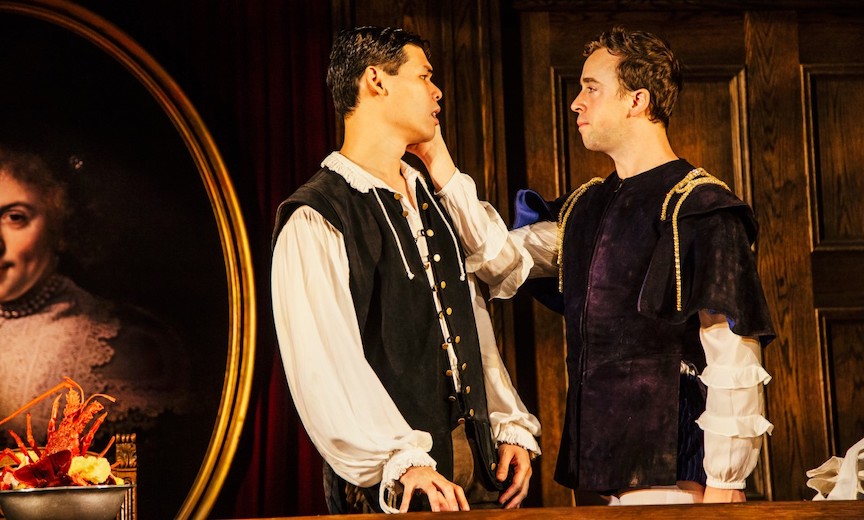 Is your soul for sale? And if so, what thing of value would you sell it for? Wealth? Fame? A night with Shawn Mendes? Let’s be honest, every now and then we find ourselves engaging in little compromises that chip away at our integrity.

These are the questions the characters in the play “Witch” grapple with. It’s a tempting proposition and makes for an intriguing conceit, especially in the hands of writer Jen Silverman and her cast. The show runs now through September 29th at the Geffen Theater in Westwood LA. Tucked inside is a morality play that strikes at the heart of the existential crisis we find ourselves in the Trump era. Clearly, those in power are willing to sell their souls for the right payoff.

Tale as Old as Time

Which makes it intriguing to find that the drama is based on an Elizabethan tragicomedy called “The Witch of Edmondton.” Written in 1621, it revolves around an older woman who seeks revenge on her enemies by selling her soul to the devil. Silverman credits the subversive nature of the original which challenges the notion of witches as inherently evil amidst a more institutional corruption among mortals which can go unchecked.


Faustian morality in the Trump Era

Silverman updates her material with contemporary vernacular, but retains the spirit of the original. Her text is set in a non-specific past that she references in the program as “then-ish.” “Witch” features a cast led by Maura Tierney as Elizabeth Sawyer, a woman of modest means who’s the subject of local gossip and rumored to be a witch. It becomes apparent that she possesses no sorcery skills, but is more likely the victim of chatter. While there aren’t overt references to our current political climate, the play explores a relevant subject, given the demonization of women in the public forum. The four Congresswomen otherwise known as “the Squad” and Christine Blasey Ford come to mind.

In Silverman’s play, the devil takes the form of a handsome well-dressed man identified as Scratch. Played by Evan Jonigkeit, Scratch is a smooth operator, the type of salesman who’d seem right at home as one of the realtors on Bravo’s Million Dollar Listing. One of Scratch’s first marks is Cuddy Banks, the closeted but demonstrably fey son of a wealthy landowner who stands to inherit a sizeable fortune.

Cuddy needs little prompting to express his hostility toward a man named Frank who seems the bane of his existence. Frank worked on the Banks’ estate and escaped a life of poverty through Cuddy’s father, Sir Arthur. Over the past 20 years, Frank has enjoyed the comforts of a life of privilege in the castle they share. Problem is, Frank is everything Cuddy is not — dashing, confident, forceful and straight as an arrow.

Further complicating manners, Cuddy is nursing desire for the object of his contempt. When he’s offered to be rid of his nemesis, Cuddy is all in. But Scratch is dealing from both ends of the deck and pays a visit to Frank. Frank first balks at the prospect of selling his soul. But he quickly jumps at the prospect of supplanting Cuddy as the heir to the family fortune.

Actor Ruy Iskandar’s Frank outlines a sharp contrast to Will Von Vogt’s portrayal of Cuddy. Iskandar tilts slightly overboard as the upright ass-kisser. But as the play unfolds, he begins to show darker impulses. Conversely, Von Vogt brings out Cuddy’s peculiar mix of insecurity and desperation with flair.

Read Next | Skrebneski: This is How One Man Changed Photography

Dance with the Devil

Maura Tierney, perhaps the most recognizable cast “name,” lends realism to the play as Elizabeth. She seems a thoroughly modern heroine — guarded, empowered and woke to the injustices that rendered her an outcast. Plainspoken and unflappable, she is the perfect foil for the devil. When Scratch aims to ply her with the promise of revenge against her enemies, he’s rebuffed — and ultimately smitten.

The play shifts back and forth between Elizabeth’s modest abode and the castle where Cuddy resides with Frank, his father and a servant named Winnifred — who turns out to be carrying Frank’s love child. Staging techniques help reinforce the contrast between these two worlds while providing smooth transitions throughout.

Frank persuades Winnifred to play the part of faithful servant at home to keep their relationship a secret, lest it interfere with his ambitions of currying paternal favor supplanting Cuddy as the heir to his father’s fortune. Privately, Frank reassures Winnifred that he has no interest in the women Banks Sr. is trying to set him up with. He’s just humoring the old man, he says, for the inheritance to help them live happily ever after.

The drama (melodrama is more accurate) escalates when Sir Arthur breaks the news to his son and Frank that he will be bequeathing the family name and fortune to Frank. The patriarch tries to soften the news by telling Cuddy he will be provided for, but be free to be himself.

Seeing her prospects with Frank in jeopardy, Winnifred blurts out the truth about her affair. Frank shows his true colors, denying her outright. There were gasps from the audience. Frank ups the ante by telling Sir Arthur: “You’ve given me a new life. Why would I throw it away on a maid?”

With Sir Arthur gone and the dust settled, Cuddy confronts Frank, who shows glimmers of empathy but no intentions to relinquish his prize. He invites Cuddy to a fight, as if that might help. Cuddy declines, then reconsiders.

What ensues is an oddly comedic tussle as Cuddy grapples with his nemesis. The quasi-homoerotic fight plays out over an extended and often very funny interlude when it suddenly takes a dark and bloody turn. The denouement is as strange as their final pas de deux.

Read Next | Ask Daddy: Is There A Way to Be Gay and Love Trump?

The play ends as Winnifred tracks down Scratch and offers to sell her soul. In return, she just asks to raise her child in the castle and to someday be laid to rest alongside the man she loved. That’s odd, given Frank’s complete betrayal. But such is the concession she’s prepared to make. She doesn’t want to end up like Elizabeth, poor and shunned.

As for Elizabeth, she says she’ll sell her soul if Scratch pulls the plug. In other words, the only way she goes down is if she takes the whole system down with her. From the program notes, that appears to be the playwright’s manifesto: You take on the system or fight for smaller victories and change it from within.

Scratch is the last to speak. He addresses his boss (the Devil) in soliloquy and tenders his resignation. It’s less a genuine resignation than a weary white flag of surrender; the need for a time-out — not unlike the disgraced members of Congress and administration who’ve departed by choice or by demand.

While there’s much to like about the production, there’s also a disconnect between its empowerment message and a reliance on tropes and stereotypes. Elizabeth goes toe to toe with the devil, sure. But it defies credulity that an independent thinker would aspire to marry Sir Arthur and take up castle-keeping. Winnifred fares no better. She endures shoddy treatment from the man she loves, even after a bald-faced betrayal.

And, as written, Cuddy veers close to gay minstrel caricature. His sexuality is never explicitly addressed, either. Instead, it’s a source of comic relief and ends in violence and insanity. In a city where standing ovations are often obligatory, its absence felt like the audience wasn’t entirely sure what to make of this mixed-message allegory. 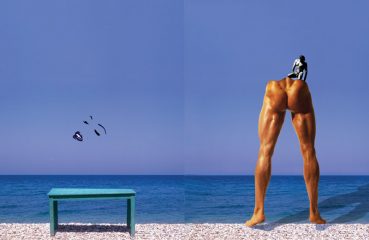 Some photo books bring to mind Hemingway’s recollections of  Paris in the 1920s: they are “a moveable feast.” The work of American famed photographer Victor Skrebneski, who... 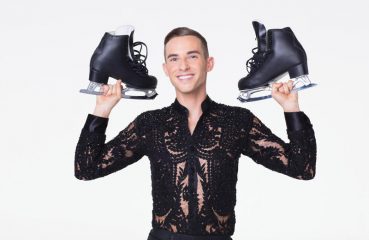 This is How Adam Rippon Won the Heart of Planet Earth

On the eve of releasing a memoir at the tender age of 29, Adam Rippon reflects on fame, Pence and his love of the limelight: Adam Rippon is nothing if not audacious. While most...