Home » Departments » Travel » Vacation in Provincetown, Where Gay Heaven Is a Place on Earth

Vacation in Provincetown, Where Gay Heaven Is a Place on Earth 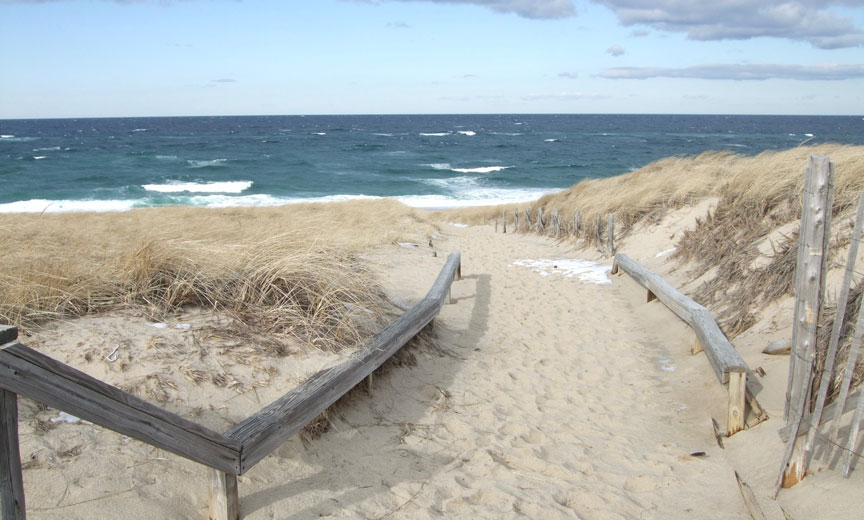 It may be best known as a haven for the LGBT community, but the beauty of art and nature also wait at the end of the cape.

More than three decades ago, in an attempt to determine if we were compatible, my boyfriend and I shared a cottage on Pearl Street in Provincetown that once belonged to Mink Stole, an original member of John Waters’ motley ensemble of fearless actors. Perhaps the unstated premise was that if we survived in that setting, then we’d be ready for anything — even marriage (if it ever arrived).

The setting was appropriate because, as “America’s First Destination,” Provincetown has been attracting the wacky, weird, and wonderful ever since the Mayflower first landed in Provincetown harbor in 1620. Let’s face it — gay destinations like Fire Island, Key West or San Francisco can’t compare to P-town in the colonial history department. This is the very spot where the Pilgrims (actually headed for Virginia) ultimately decided to stay, seduced by its idyllic sanctuary with sand dunes and oyster beds — and the inspiration for Patti Page’s “Old Cape Cod.” 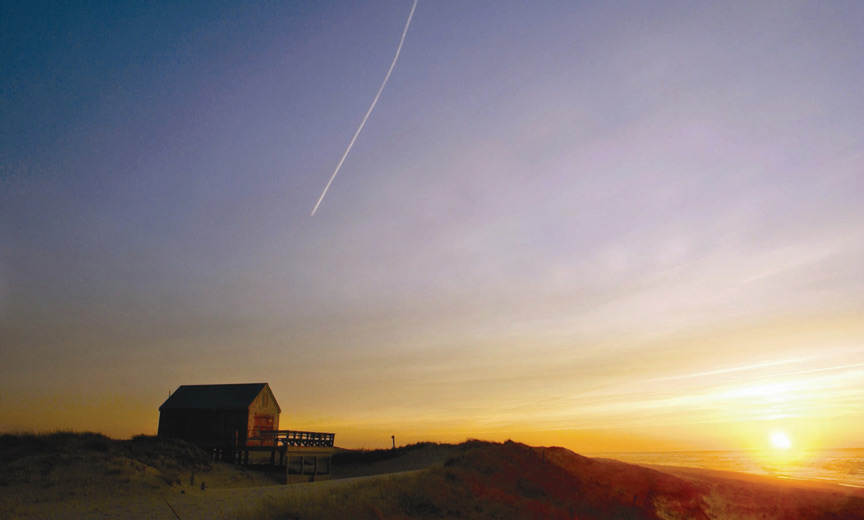 The National Park Service paints a more bleak picture of P-town’s origins. According to the historical marker in the Province Lands, passengers on the Mayflower wandered the woods for five weeks before resettling across the bay in Plymouth, which technically means that — in 1620 — the little hamlet had already become a seasonal destination. In truth, Paleo-Indian artifacts reveal that humans have occupied Cape Cod for at least 10,000 years — well before Provincetown became notable for its seductive scrum of artists, fishermen, smugglers and gays.

Freedom of expression has been at the heart of Provincetown’s blueprint since the signing of the Mayflower Compact here; after all, it was the first document to proclaim liberty in the Americas, a manifesto that would also help shape both the Declaration of Independence and the United States Constitution. Today, that sense of a social and personal liberty is manifest in the absence of a Provincetown mayor; instead, administrative duties fall to the “Town Manager,” even though that may sound like a character from Thornton Wilder’s Our Town.

As one of the nation’s first established artists’ colonies, Provincetown is recognized as the birthplace of modern American playwriting, hosting the production of Eugene O’Neill’s first play in 1916 and flourishing throughout Tennessee Williams’ tenure in town half a century later. Like many before him, Williams fell in love with Provincetown and its players (specifically a dancer named Kip Kiernan who lived at Captain Jack’s Wharf). 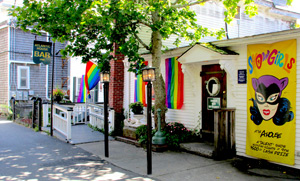 In that tradition, each fall, the Provincetown Tennessee Williams Theater Festival (twptown.org) presents his works performed by companies from around the world. Founded in order to honor Williams’ creative vision, the four-day festival celebrates his enduring connection to Provincetown — where he wrote both The Glass Menagerie and A Streetcar Named Desire while in residence at Atlantic House (ahouse.com), once a guest house, now a dance spot known affectionately as “The A-Hole.”

Provincetown locals delight in embracing the diverse groups of tourists who flock to the tiny town annually. The cornucopia of events includes Bear Week, Whale Week, Family Week, Women’s Weekend, White Party, Leather Weekend and the gayer-than-thou bacchanalia known as Carnival. “Everyone in town knows that Carnival is my week; it’s like my Christmas,” says Michelle Orsmond, who moved to Provincetown from South Africa with her husband more than a decade ago. “In P-town, no one is judging you. People can be who they want when they want.”

As the manager of Crowne Point Historic Inn & Spa (crownepointe.com), Orsmond welcomes guests to one of Provincetown’s oldest and most beloved accommodations. Built in the 19th century, Crowne Pointe was originally the home of a prosperous sea captain who housed fishermen in the carriage houses behind the mansion. Throughout the 1980s, the property was known as the Dusty Miller (its utility as a drag name lost on no one) before it reopened in 1999 after a meticulous restoration that preserved the coffered tin and wood moldings and grand parlor staircase. By the entrance threshold, a brass historical marker honors the inn as a member of Historic Hotels of America.

Centered around lush Victorian rose gardens and fountains, the five-building compound includes Shui Spa, the first exclusively Kiehl’s spa outside New York, which provides signature treatments and products from the well-known skin care company. Given that the president of Kiehl’s has been a frequent guest at Crowne Pointe, the rebranding of the spa in 2016 seemed a perfect marriage of vendor and locale.

As proprietor Tom Walter attests, “We learned hospitality from our guests; they taught us about what they expect, which is why the customer comes first here.” The amiable atmosphere at Crowne Pointe enables guests to feel as if they are part of an extended family, so an afternoon wedding on the front lawn becomes something shared with the two brides later that evening in the dining room.

Intimate and romantic, the inn’s restaurant, the Pointe, utilizes locally-sourced seafood for its “farm-to-table, pier-to-plate” cuisine. Regardless of whether you’re seated in the parlor by the fireplace or on the spacious wrap-around porch overlooking P-town’s sky-piercing 252-foot granite Pilgrim Monument, it takes only one sip of the house Negroni to fall into the restaurant’s embrace. 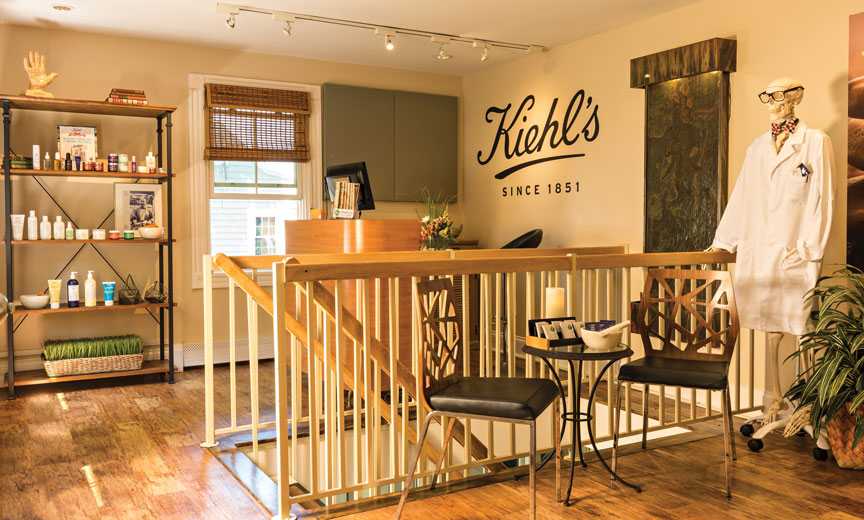 “The guests who arrive from the city, they’re going a million miles an hour,” says Orsmond. “And then within 24 hours, they relax. Just being on the ocean, listening to the quiet at night. It’s not long before they say to me, ‘You know what? I feel like I’m home.’”

Home is how so many of us feel when we’re in P-town, regardless of whether it’s on a first visit or part of an annual return. As Orsmond states, “You’re here; you relax and you rejuvenate. It’s essential tranquility.” While some of that relaxation stems from the town’s libertarian values and its ongoing support of the LGBT community, there is also much to be said for Provincetown’s natural beauty.

For a panoramic perspective on the end-of-continent grandeur, the Province Lands Bike Trail provides a restorative reminder of the power of nature — in addition to a potent aerobic cure for the common hangover. With breathtaking sight lines, the five-mile loop twists and turns over a series of hills and tunnels as it traverses through pine forests, sand dunes and low-lying cranberry bogs. At Race Point Beach, the Old Harbor Life Saving Station serves as a reminder that the Cape’s treacherous shoals have sunk more than 3,000 ships in 300 years.

In 1961, Cape Cod National Seashore was established by the federal government during the administration of John F. Kennedy; for more than 50 years, the National Park Service has maintained the nation’s second-oldest common land (after Boston Commons) for its continued preservation. Of the six beaches managed by the Park Service, Herring Cove (once known as New Beach) has remained Cape Cod’s definitive LGBT beach. 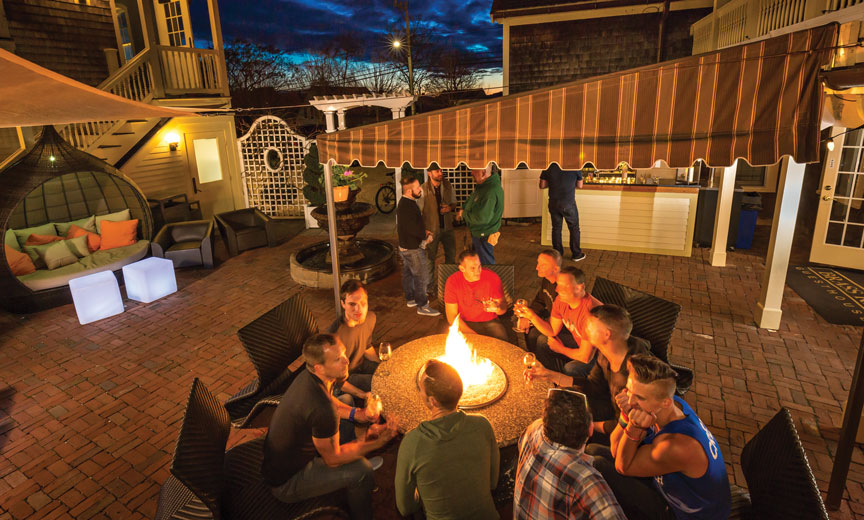 The recent $5 million redevelopment of the mid-century Herring Cove Beach Bathhouse has provided the beach with a social hub that functions like a beach club — complete with cultural programming, gourmet food and cocktails. In addition to lifeguard facilities and indoor/outdoor showers, the sleek complex of shingled pavilions harbors Far Land on the Beach, the sleek beach outpost to Provincetown’s Far Land Provisions (farlandprovisions.com),
which serves succulent lobster rolls, crab cakes and award-winning sandwiches (which have earned the title of P-town’s “Best Sandwich” for nine years running). Sustainably-sourced from Pier to Plate, Far Land’s menu includes skate and dogfish, both of which help to promote a healthy marine environment on Cape Cod.

Throughout the summer, the picnic tables beneath its trellis are often packed with sunset revelers who show up each Wednesday and Sunday evening for the Sunset Music Series. Regional bands and vocalists perform while a carefree crowd dances in the glow of a dazzling sunset.

No less memorable than P-town’s sunsets are the town’s sleepy but mesmerizing sunrises — and one of the best ways to ensure you catch the rosy-fingered dawn there is to spend a night in a dune shack. Listed on the National Register of Historic Places, the 1,950-acre historic district of Peaked Hill Bars includes dune shacks built in the 1920s that once welcomed artists and writers such as O’Neill, Jack Kerouac, Norman Mailer and Jackson Pollock.

Today, all but one of the 19 shacks are owned by the National Park Service, which holds a lottery for two-week artists’ residencies. The Provincetown Community Compact also offers certain donors the opportunity to reserve a one-week residency, which helps to ensure the affordability of the program for the artists. Situated among the sand dunes, the shacks offer superlative panoramic views and the sonic bliss of no sound but the ocean. Solitude has never seemed so alluring. 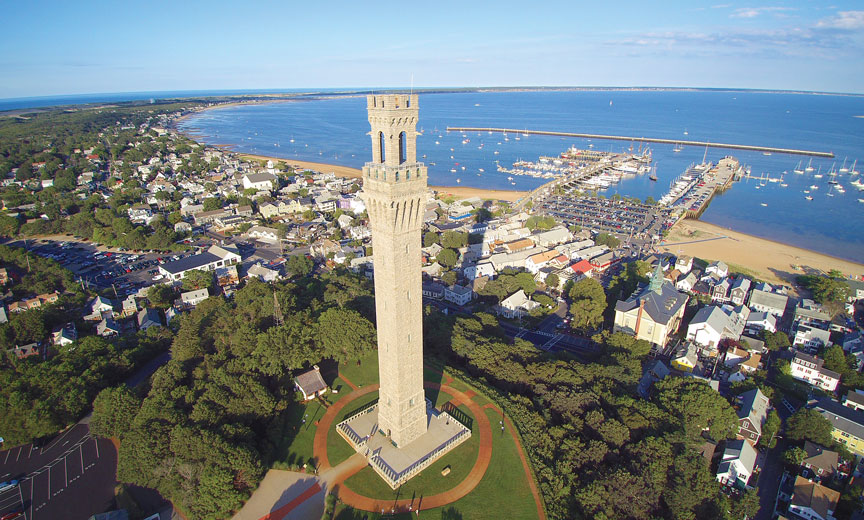 Similarly, Provincetown’s Fine Arts Work Center (web.fawc.org) or FAWC has been hosting artists since it was founded in 1968 by a group of artists who sought to perpetuate Provincetown’s role as the nation’s oldest arts colony. Apart from its acclaimed seven-month residencies, FAWC offers an extensive range of cultural events and exhibitions that can be enjoyed throughout the year.

For those who love a party, 2018 marks the 40th anniversary of the annual Provincetown Carnival where more than 100,000 revelers convene in America’s “Best Resort Town” for a week-long festival of themed events and extravagant parties. The annual Brass Key Guesthouse (brasskey.com) pool party attracts scores of beautiful beach boys and for one of the week’s most beloved bacchanals. Produced by the non-profit Provincetown Business Guild, Carnival honors the guild’s mission to promote Provincetown as the nation’s number one LGBT community destination.

Perhaps the spirit of the place is best summed up in the words of the Mayflower Compact: We whose names are underwritten…combine ourselves together into a civil body … and by virtue hereof to enact, constitute and frame such just and equal laws…for the general good. All these years later, Provincetown remains as wonderfully dedicated to the common good as it was at its inception.

Queer | Art Brings LGBTQ Generations Together through “After Mentorship”