7 Luxurious Adventures You Must Try Before You Die 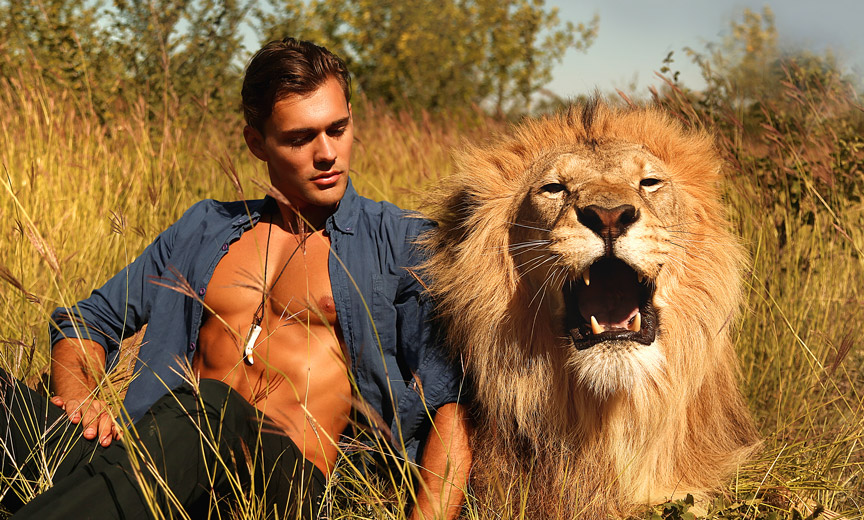 Indulgence can mean so much more than lounging poolside — from witnessing natural wonders to experiencing man-made luxuries. We’ve gathered seven superb experiences from across the spectrum and suggest you start splurging.

1. Drive a Classic Through a Spectacular Seaside

Picture trip through the French Riviera in a classic car (think a 1965 Mustang or Mercedes Pagoda). It’s one of the most unique ways to experience the Mediterranean coast. Start your road trip in Cannes. When the film festival is not in town, the swank city is quite relaxing.

Pay a visit to the serene, lush island of Île Saint-Honorat, where the imposing 15th-century monastery boasts vineyards tended by monks, and sample vintages — like those served to world leaders at the G20 Summit.

Next stop: Antibes, to excite your senses with the sights and smells of the the colorful Cours Massena spice market. Stop by a nearby absinthe bar that hails from the ninth century, and amble over to the Musée Picasso, used by Pablo as a studio in the 1940s.

The next town on your list is Nice, where the Promenade des Anglais offers trendy bars and luxury shopping, and you can wiggle your toes in the sand by the boardwalk. Wind up your trip at Èze, perhaps the most extraordinary village on the French Riviera. It’s perched on a mountaintop 1,400 feet above sea level. The town is a winding labyrinth of pale, jagged stones and ancient corridors, where thick wooden doors open on renowned art galleries and perfumeries. 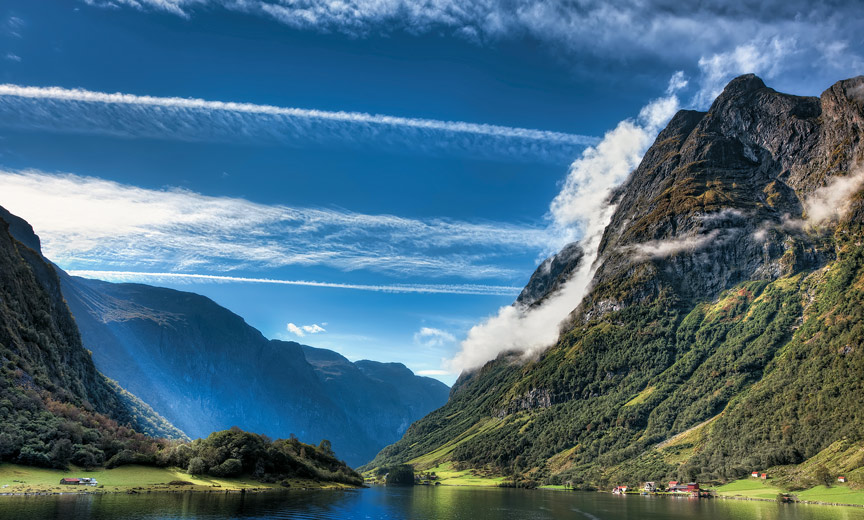 Nothing compares to a cruise beneath the colorful canvas of the northern lights. Hurtigruten Cruises offers an intimate, five-night excursion which begins in northern Norway, meanders around the majestic Arctic Circle, and ends at the historic city of Bergen.

Named “World’s Most Beautiful Voyage” by National Geographic, the cruise floats past idyllic islands, snow-capped peaks and colorful seaside towns. One jaw-dropping sight is the Trollfjord. It’s an awe-inspiring body of water formed by glacial erosion, resulting in a steep inlet amidst 3,000-foot mountains.

The ship stops in 34 ports during the course of the cruise, each memorable. The most exciting may be Kirkenes, where you can spend the night in a snow hotel. You can also try dog-sledding, snowmobiling or snowshoeing. Head out on king crab safaris. Het up close and personal with reindeer.

For a bit of dark history in Vardø, see where witches were burned at the stake in the 16th century. Or if you’re looking for something more upbeat, experience traditional north Norwegian folk music at the Arctic Cathedral in Tromsø. When in Svolvaer, sip a cocktail at the frozen bar and enjoy eye-catching ice sculptures. Then top off your trip by sea kayaking or rafting in the verdant peninsula of Brønnøysund. 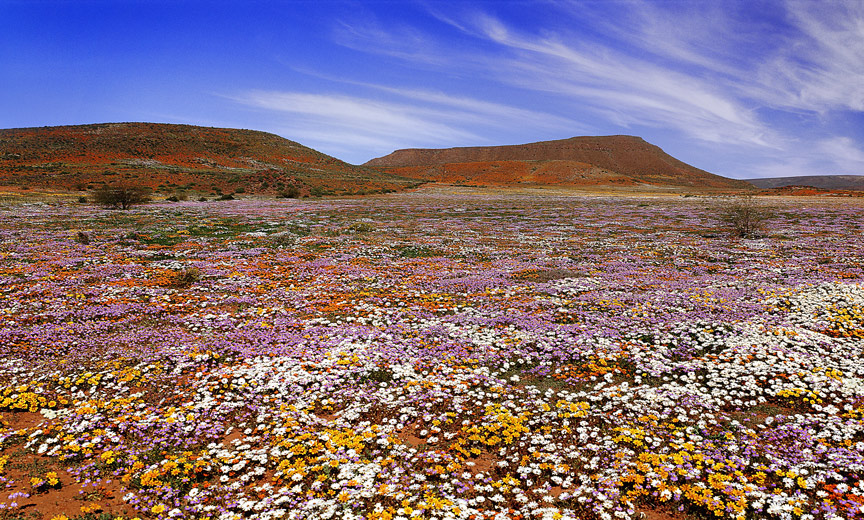 To make the most out of a trip to South Africa, travelers should visit more than one region in the diverse country. Begin your trip in the Northern Cape during August or September — it’s famous for the Namaqualand Daisies Route. This 780-kilometer journey boasts acres of rare and exotic wildflowers like yellow sparaxis and purple geraniums nestled between quaint villages.

Along the route, stop by the Goegap Nature Reserve to take in the wildflower beauty on a hike, 4X4 drive or a mountain bike. Although much of the Northern Cape is arid terrain, you can cool off by rafting in the Orange River or exploring the Diamond Coast, where pristine beaches, archaeological sites from the Later Stone Age, and even shipwrecks are abundant.

After touring the Northern Cape, a short flight to Cape Town is a must. Known as Pink City for its many gay-friendly party spots, there is also plenty of adventure nearby. Hike up Table Mountain. Try shark-cage diving. Go mountain biking in Constantia. Skydive over Robben Island.

From Cape Town, a one-hour flight puts you in the center of game reserve central: the Eastern Cape. The Kwandwe Game Reserve offers an exhilarating experience. See Africa’s “Big Five” (lions, rhinos, leopards, elephants and buffalo). Take a “game drive” to see lion cubs at play, giraffes grazing, and cheetahs on the chase. 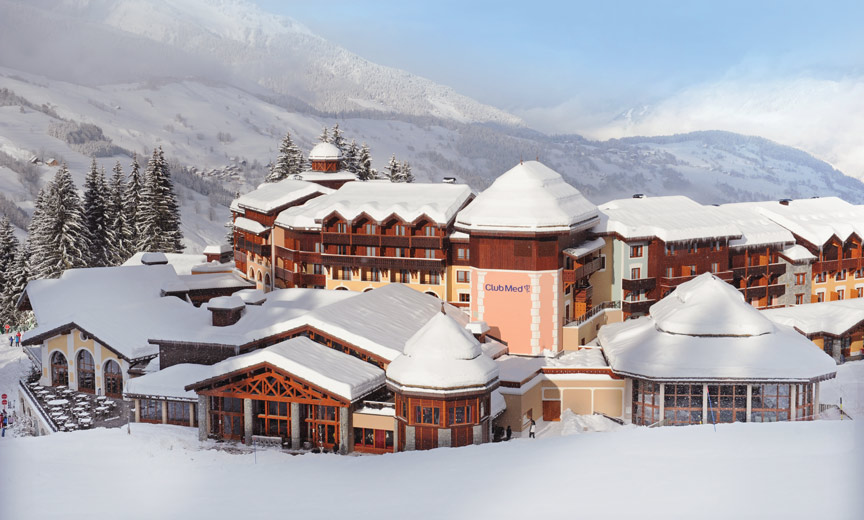 4. Slide Around the Alps

In the French Alps, sport enthusiasts will find 95 miles of ski slopes at the Club Med Valmorel. They range from nearly 4,000 to 8,000 feet.

When you are ready to hang up the skis, you can also take part in ice skating, snowshoe rambles, and even total-body Nordic walking. I highly recommend the Snake Gliss bob-luge ride, where up to 10 people are connected to each other via sleds and driven down the slopes.

Skiers with some experience should sign on for a 1.5-hour ski trip to a sheep farm in the lovely village of Celliers, where local cheese is made. After a long day on the slopes, retire to your luxury chalet-apartment, which includes a private butler and personal chef. 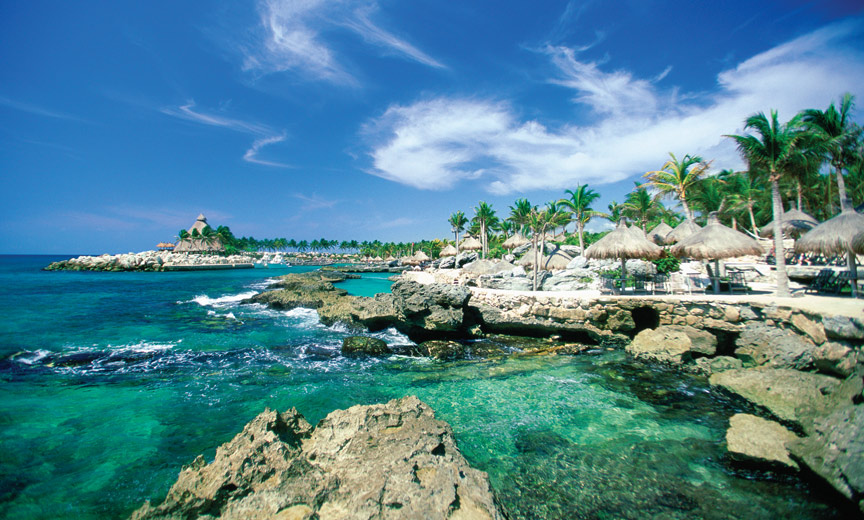 Start by taking a plunge into the deepest thermal sinkhole in the world, El Zacatón. This crystal-clear cenote was created by the collapse of limestone bedrock. It exposed a 1,000-foot pool you can explore via diving or snorkeling.

Designed to create artificial reefs that promote marine life, the 400 sculptures of Cancun’s Underwater Museum range from nine to 20 feet and create intricate relationships between modern art and the environment. During whale shark season (mid-May through mid-September), the world’s largest fish gather in the nutrient-rich waters around Isla Mujeres and Isla Contoy. Swim among the gentle giants of the ocean as they feed on plankton blooms and fish eggs.

After you’ve had your fill of water activities, take part in some land excursions. Most of the Mayan pyramids in the Yucatan Peninsula are protected, but you can actually climb the tallest one, Nohoch Mul. The climb is not for the faint of heart, but the spectacular view of the Mayan jungle from the top is worth every step. And auto enthusiasts shouldn’t miss the opportunity to race an authentic exotic supercar, like a Ferrari F430 or a Lamborghini Murcielago, at the Exotic Rides racetrack. 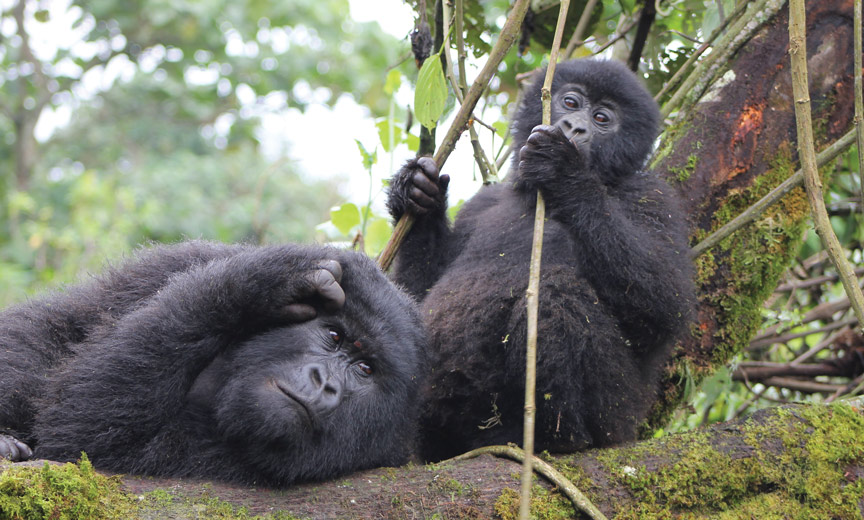 Many people think of gorillas as something to flee from if encountered in the wild. They are anything but! In Rwanda, tourists visit the endangered silverback mountain gorillas in the Volcanoes National Park on a daily basis. Whether it is their nature or because they see humans so often, the gorillas appear utterly relaxed in the presence of people.

The Volcanoes Safaris company organizes daily expeditions into the Volcanoes National Park to encounter members of these 10 families of gorillas. After hiking an hour or two alongside capable rangers, you will encounter a gorilla family in a clearing: grooming, playing and eating as if they never noticed the arrival of curious human onlookers.

I followed my tracker to encounter the lead silverback gorilla in his glory as a baby gorilla groomed him. Without warning, another baby gorilla walked up to me and tentatively placed his hand on my leg. The guide shooed him away gently with an oomp, oomp. Unthreatened, the gorillas will come down from their perches and rub past you as they seek delicious stalks of bamboo. 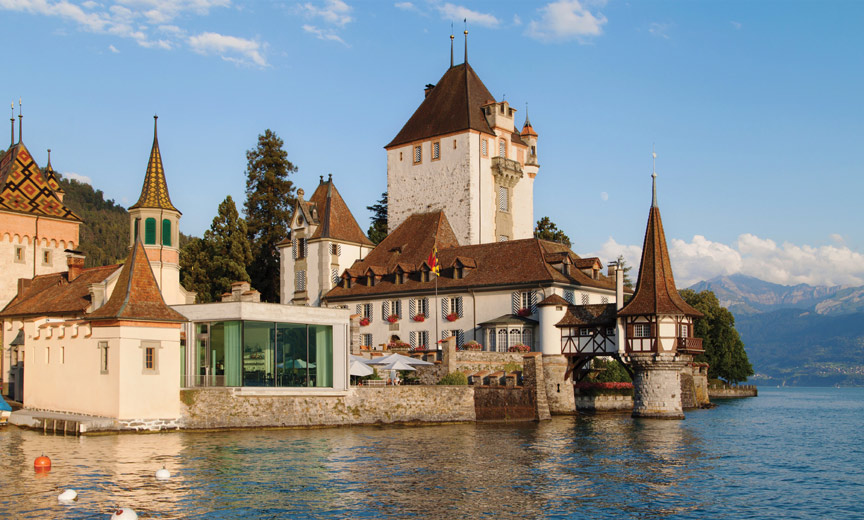 There is not enough wine produced in Switzerland to export significantly. So most must be enjoyed domestically. Varietals you may encounter include: whites from Waadt or Valais, pinot noirs from Lucerne, and merlots from Ticino (the Italian-speaking part of Switzerland). The variety is surprising.

Begin your trip in Montreux, located in southwest Switzerland, with its Mediterranean climate where there are over 200 wineries, and locals have been winemaking for 17 generations. On the Swiss Riviera Wine Tour, Winery Blaise Dubois pairs education with tasting by explaining how terroir (bedrock, soil, depth of roots) impacts both the flavor and the quality of the wines.

Finally, travel to the German-speaking part of Switzerland, Weggis, to experience “blind tasting” at the Park Weggis. In a pitch black basement cellar, you’ll allow your senses of smell, taste and touch to take over as you sip some of Switzerland’s finest wines. 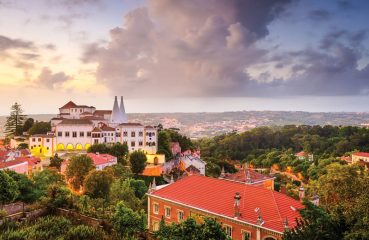 As a university student in the South of France in the years before the euro, it took me only four francs to buy a bottle of vin de table — and another two from my roommate for a... 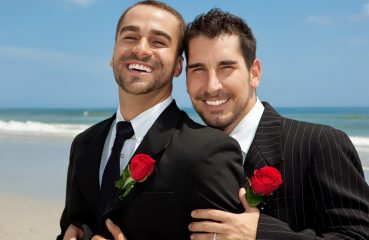 Who can help if you want to get married on a unique island, in a peninsular paradise or by a beach on the other side of the world? South Africa Gay marriage has been legal in...