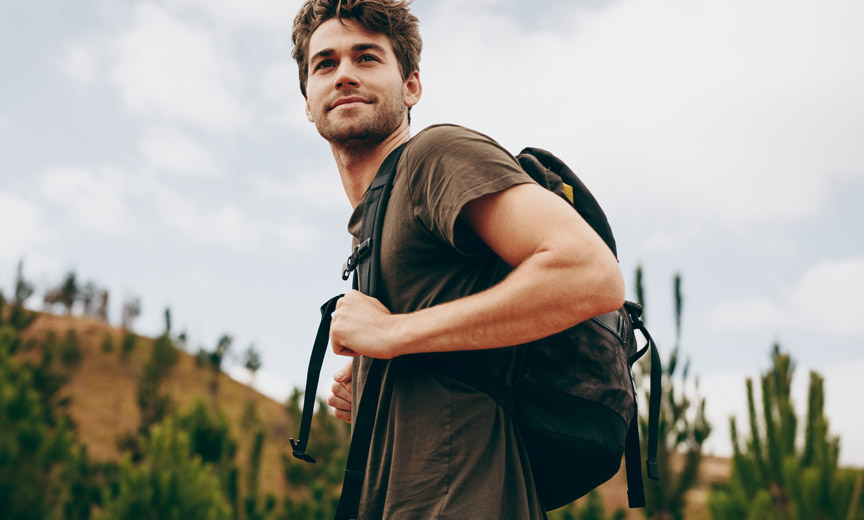 We thought we had packed almost everything for our visit to a gay-owned campground, but one of the best moments of the trip came from something we forgot.

There was an ad campaign that ran in New York several years ago. Its tagline was something like: “Bad things happen when you leave the city.” One of the ads depicted a pair of elderly suburbanites — one seated sipping tea, the other mowing the lawn — both wearing only hats. Apparently, Nana and Pop had become nudists upon retirement (and the ad considered this a bad thing).

Recently, friends and I left the city — decamping from Portland to go camping in Umpqua National Park. I had first learned about Umpqua’s Last Resort when they contacted me about their experiences during last summer’s devastating forest fires. The campground is gay-friendly and gay-owned but it is also in a very conservative part of Southern Oregon.

They invited me to visit with friends, and that’s when the questions — the never, never, never-ending questions — began. I reassured the other lads that we would not be in tents or even a rustic log cabin but rather a small home that (I was promised) slept six. Nevertheless, David wanted to know if we should bring an inflatable mattress and Patrick wanted to know if they had sheets and Eric was concerned whether or not there would be a fridge. I’ll admit that I, too, had some creature comfort questions — notably whether there would be access to espresso and a hair dryer.

As it turned out, our home away from home turned out to be far nicer than most of our first apartments, and for me — the lone former New Yorker — certainly much bigger. I quickly realized could have brought my espresso pot as there was a propane-powered stovetop, but in an effort to conserve space, I had opted to bring my hair dryer instead. In considering my morning routine, it had been a bit like asking a mother to choose which child to sacrifice. But, ultimately, I had decided I could suffer two mornings of lesser coffee but not of bad hair. As it turned out, the house came equipped with a hair dryer anyway (and an iron, to boot).


While Portland is encircled by the kind of alpine vistas that can give one pause even in the midst of a hectic morning commute, it was still stunning to realize at the resort we were inside one of those pretty pictures. We found the fellow campers and staff welcoming, the mood around the firepit cheerful, the stars brilliant, and the quietude divine. The following morning, we headed to Canton Creek with some of the other visitors. The creek was rocky, with little pools traipsing over smooth, mossy stones. We bathed in cool, velvety water, although we city boys were more cautious than the others, who leapt with impressive confidence from rock to rock.

The Conundrum at Crater Lake

The next day, it was time to see Crater Lake. While we packing to leave, we realized we were woefully over-prepared: three bottles of rosé, half bottle of whiskey, two barely-touched bottles of gin, beer (local, of course), salads, hamburgers, fruit — even a tin of smoked trout. Nevertheless, we were glad to have them with us as, by the time we had arrived at the lake, made our way around the rim taking pictures (including the requisite selfies), and listened in on a lecture by a park ranger, we were hungry. Some of us were even what might be described as “hangry.”

We found a shaded picnic table and laid out food, paper plates and napkins — only to realize we had neglected to bring cutlery. So, I set off to find some. I saw a pair of retirees; they had beer and a bottle opener to share but no cutlery. I came upon a family eating sandwiches and Mount Rainier cherries — which called for no utensils. Finally, I saw an Indian family enjoying a vegetarian lunch that looked delicious, dressed in a beautiful, golden-yellow sauce. More importantly, they were clearly eating it with plastic utensils!

Part of me didn’t want to bother them. I feared they might be conservative and not appreciate being bothered by a guy carrying a backpack festooned with Gay Pride pins. But, saddened by the sight of my friends passing around one metal spoon, I acted. “Excuse me,” I said, approaching cautiously. “I hate to bother you, but we forgot to bring forks and knives. Do you-” Before I could finish, the mother of the family jumped up and sprinted to the family van.

“It’s so silly,” I called after her. “We brought plenty of food — just no way to eat it.” I asked if she could spare five forks and knives.

She returned with ten. “You each need two,” she explained. “What if you drop one? You wouldn’t want to use it, and you must eat.” Her smile was warm. “Enjoy your lunch.”

“Glad we could help,” added her husband as I thanked her.

As I walked back to our table, I realized that — despite how trying things are now for LGBTQ people in the United States — there was reason to hope. Whether this woman was conservative or liberal, whether she was born in this country or another, whether or not she thought it was stupid that a gaggle of gays had managed to bring everything to a picnic but cutlery (or an espresso pot), she simply saw five hungry people who, like her and her family, were taking a Sunday afternoon to escape the daily routine — to hike and breathe clean air and share a meal under a blue sky, and she rushed to offer help.

Bad things don’t always happen when you leave the city.

Are you concerned about Sebastian’s ability to handle food? Honey, you don’t know the half of it. 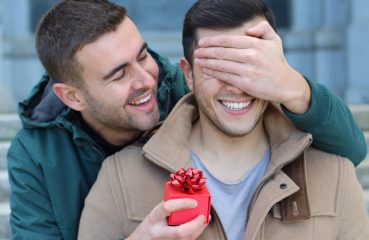 Justin and I had only been dating a year when same-sex marriage was legalized in NY. And from that point on, we’d be spending a fair amount of time wrapping our heads around the... 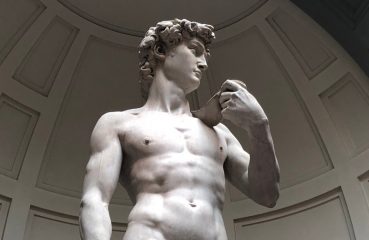