This Is How Couples Work out Working out Together 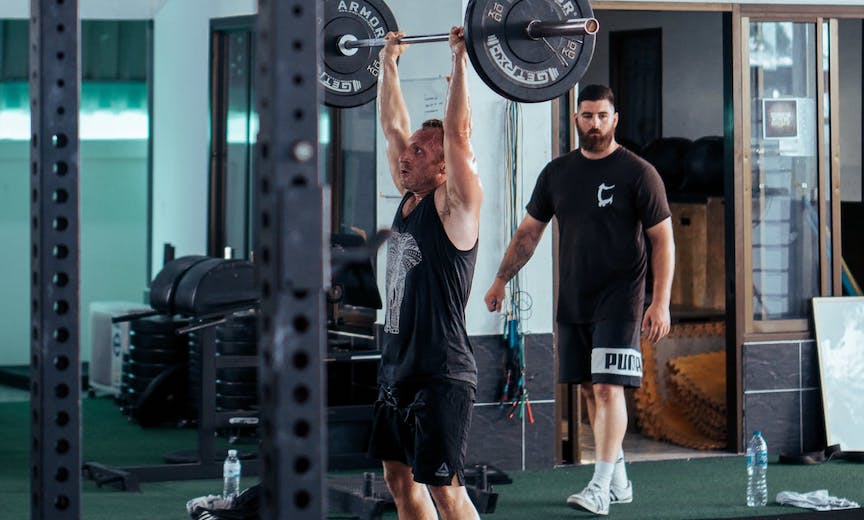 After years of embracing decidedly contrasting fitness routines, husbands Wade and Gary attempt to embrace one another’s regimens of choice.

My husband Gary and I spend inordinate amounts of time together. We run our own business. I write books, and he assists the publisher with all of my author marketing, touring, speaking engagements and social media efforts. We manage two households. We even eat nearly every meal together.

What’s more, we travel together. Often, we end up in the same car for days and weeks at a time. We are not merely coworkers and business partners. I like to term what we are as “gleefully codependent.”

Mostly, we are best friends.

However, when it comes to working out, we have very different routines. I go solo, while Gary goes group. I like to run long distances or work out at the gym. Gary thrives in a class environment. He goes to yoga nearly every day. He loves any class that has choreography — from spin to cardio funk.

I thought that this was working out well for us. We were not only taking care of ourselves, but also getting a mini-break from one another every day. Even our timing was staggered. Gary loved to work out in the morning, while I preferred to go after lunch.

And yet, for years, Gary begged me to do yoga with him.

“I feel like you’re missing out on a big part of who I am,” he told me. “I think you’d love yoga, too. You run so much. You need to stretch more.”

I didn’t disagree with that conclusion. But Gary also knows that I don’t do well in group classes. Not only do I not feel the need to be motivated by a stranger, but I am also visually dyslexic. I simply cannot follow someone doing a routine backward.

For a brief time, Gary taught Zumba and kickboxing. I distinctly recall that when I attempted Zumba, I looked like Elaine dancing on Seinfeld. And when I tried kickboxing, I struck a woman in her hoo-ha with my foot.

Nevertheless, after a week of endless begging, I finally caved and went to yoga with Gary. It didn’t go well.


Gary didn’t warn me that they chanted and sang in the beginning of class. This is another thing I hate about group work.

Gamely, I mouthed “banana” until they were done.

Next, they began to maneuver into positions my body didn’t particularly enjoy at eight in the morning. I fell over once, kicked Gary’s water bottle like I was trying to hit a field goal, cursed him (not under my breath), and did every pose in the exact opposite direction of what the instructor wanted. She said my name so many times, I felt as if we were dating.

Yet I am also one of the most competitive humans on the planet. A bunch of teenagers tried to pass me at the end of a 10k once, saying, “Let’s take the old guy.”  I nearly lost a spleen just to spite them. So, after a determined hour of yoga, I finally began to understand the poses. And by the end of the hour and a half class, I even did a butterfly pose that was praised by the instructor.

“Showoff,” Gary said at the end of the class. “Didn’t you have fun, though? Isn’t it fun to work out with me?”

“I don’t know what that means,” he said.

He soon found out.

That weekend, I made Gary run six miles with me.

Gary despises running. He finds it even more horrific than Fox News. I took him on my favorite run along a trail overlooking Lake Michigan. It’s beautiful, but hilly.

Gary moved at the pace of a turtle. With a truck on its shell.

What would have taken me 45 minutes to complete seemed to take Gary a week. I’d run way ahead and circle back to make sure he was alive.

“Stop asking me to do classes with you!” I yelled.

Gary stopped. “You don’t like working out with me?”

Ultimately, Gary and I came to a complementary agreement after I resuscitated him. While we still generally adhere to our own fitness routines, we also use each other’s regimens as learning tools. He’ll take walks and hikes with me. I will stretch and even do some yoga with him.

These days we couldn’t be healthier.

Check out Wade’s latest novel under the pen name Viola Shipman, The Summer Cottage, and visit him online at waderouse.com. 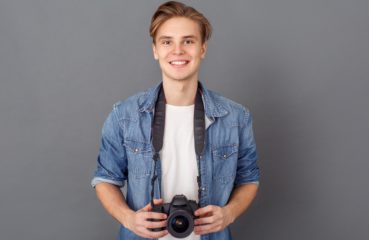 With cellphone cameras and Instagram filters, it seems like everyone’s a photographer these days. But it’s important to hire a pro for your big day. For any you’re... 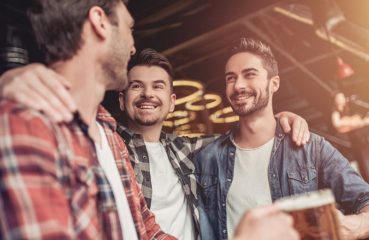 This is How A Gay Wingman Crashes and Burns

I was never the most popular guy in school. It always seemed a dubious honor at best, and one that carries far too much pressure. You have to spend time with people who share only...