This is the Mystery Girl Who Helped Create the Rainbow Flag 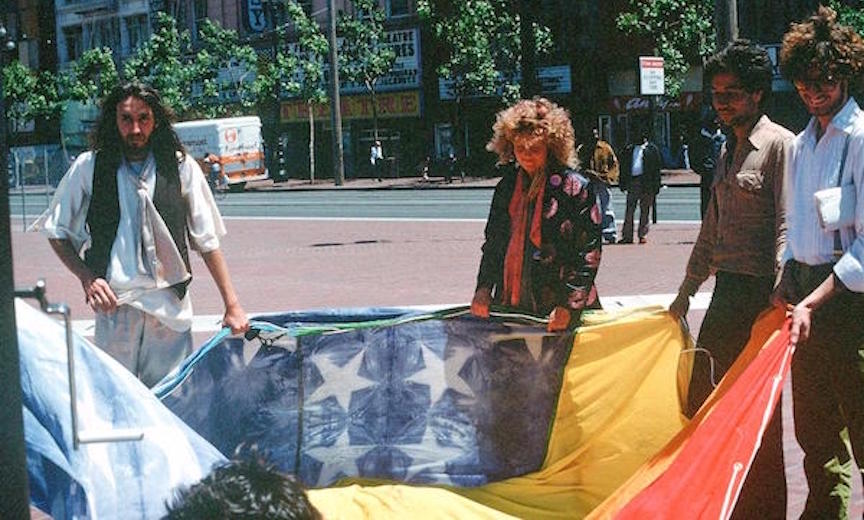 Not many know how a straight woman helped make the rainbow flag an LGBT reality. Now Lynn Segerblom is finally getting some long-deserved recognition for her part in bringing the rainbow flag into existence in San Francisco in 1978.

History In the Making

It all started when the young Segerblom rented studio space at the gay community center at 330 Grove Street, San Francisco well before the flag was created. Her vocation? She professionally dyed one-of-a-kind fabrics for a fashion designer. Subsequently she was asked to serve on the Decorating Committee for the first Gay Freedom Day Parade in San Francisco.

Other talented volunteers on the committee included James McNamara and the far-better-known Gilbert Baker. Undoubtedly in subsequent years, Baker took it upon himself to tirelessly promote the rainbow flag. In fact, Segerblom says he deserves all the credit he has received; but the flag wouldn’t exist today if not for all three contributors.

But two flags were needed for the pair of giant flagpoles available. Baker designed and made his huge nylon flag of six colors (not eight, as Wikipedia claims). That is the prototype of the Pride flag most often displayed today.

At the same time, Segerblom designed and made what she refers to as the “American rainbow flag.” Her design incorporates eight stripes in eight different colors. At the time, she also included pink and aqua blue, which she saw as adding diversity to her color palate. In addition, she added a gold lame and a silver lame star back-to-back in the center on the aqua blue stripe — because she believed those added a necessary element of glitter.

Segerblom constructed two flags: One with a pink stripe on top, and the other with a purple stripe at the top and the colors reversed because she wanted each flag to be unique.

Point often overlooked: McNamara was a trained fashion designer and taught Gilbert how to sew from scratch. The pair sewed on two sewing machines while Segerblom did all the dyeing, cutting, ironing and pinning. The flags were barely ready in time for the festivities.

Those present say Harvey Milk dropped by and expressed delight at their designs.

The End of an Era

Not long after the trio’s success, Segerblom moved away to work. McNamara died from AIDS complications in 1999. And eventually the gay community center was torn down to make way for a parking lot. With no place to meet, the closeknit community of friends scattered.

At one point, the one-of-a-kind original handmade and hand-dyed rainbow flags were stolen. They had been kept for safe keeping at the gay community center in anticipation of the 1979 Gay Parade, but disappeared before they could be flown again. Fortunately, McNamara was also a photographer and captured them on film.

Fun fact: The 60-foot flags required 1000 yards of cotton muslin material, and when folded the flags were so heavy they required two or three volunteers to transport them. Unfortunately, that also means their theft required accomplices, since no one person could easily abscond with them alone.

While it’s been lost as part of the flag’s lore along the way, the group of friends who created the rainbow flags were not all LGBTQ. Segerblom was in fact barely an an adult and still a virgin back then. While she did briefly have a girlfriend at the time, she now identifies as straight. Decades later, she remains the staunchest of allies of all those who seek equality.

A lifelong “rainbow person,” Segerblom changed her name to Faerie Argyle Rainbow. She explains that she regards rainbows as “joyful; positive; beautiful,” and says they continue to bring a smile to her face. The flag, she maintains, “stands for the whole LGBTQ community. But to me it’s also for straight people…every skin color…every gender… The rainbow includes every color of person,” Lynn told IMRU radio in Los Angeles.” Perhaps that’s why it endures. 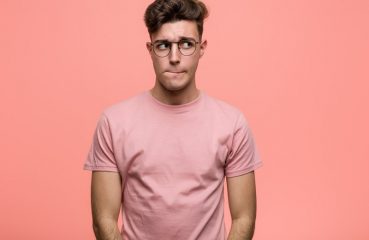 Ask Daddy: This is How to Pick Your Identity in the Gay World

In our weekly advice column, Ask Gay Daddy, Kevin responds to a young adult who knows what he likes, but isn’t sure what role suits him best. Dear Daddy, I’m writing... 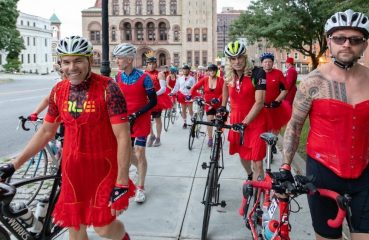 If you’re looking to make a difference in the fight against AIDS, take some advice from the late David Bowie: Put on your red dress, then spin your blues away. You’ll...