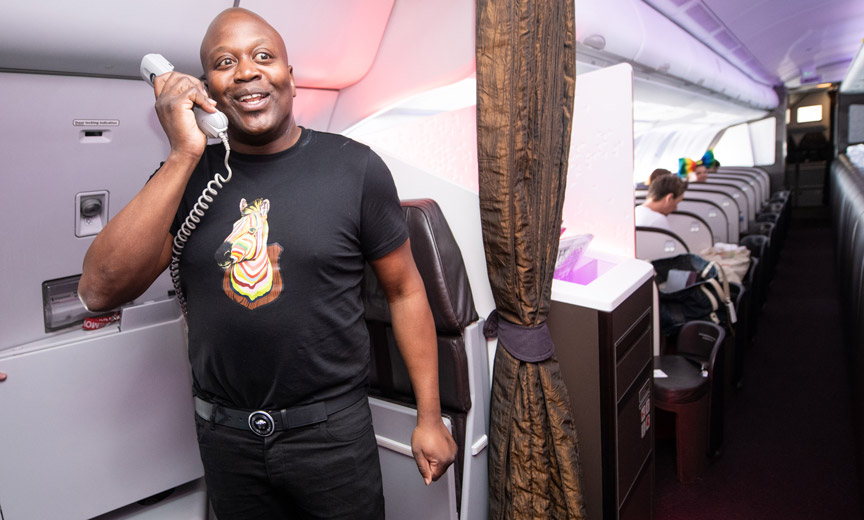 What was it like to fly from Britain to the USA with Courtney Act, Tituss Burgess and a plane full of fabulous LGBTQ celebrities?

Recently, Virgin Atlantic hosted the first-ever World Pride flight in partnership with NYC & Company and the Alliance for Downtown New York. Taking off from London Heathrow to Newark, flight VS69 (named to commemorate the year of the Stonewall riots) ferried 284 passengers and crew to New York City for World Pride 2019.

I was invited to come along for the festivities. It was a delightful and dizzying mix of mid-air dance parties, bright bespoke cocktails, in-flight flirtations, a crew that didn’t quit. The flight had to be the most unique, welcoming and innovative parties ever thrown.

Here were the highlights…

Passengers on the flight were welcomed to a special check-in area complete with rainbow-colored cupcakes and novelty bag tags.

There was a brief meet-and-greet up in Virgin’s swanky Clubhouse lounge complete with Champagne and rainbow-colored sushi.

But I also had enough time to get a blowout so I could look my best for the flight.

Normally boarding a flight is a frantic free-for-all of randomly grouped passengers all fighting for overhead space. For this flight, though, passengers were handed swag bags with DKNY Pride t-shirts and watches, and had time for photo ops with drag queens. 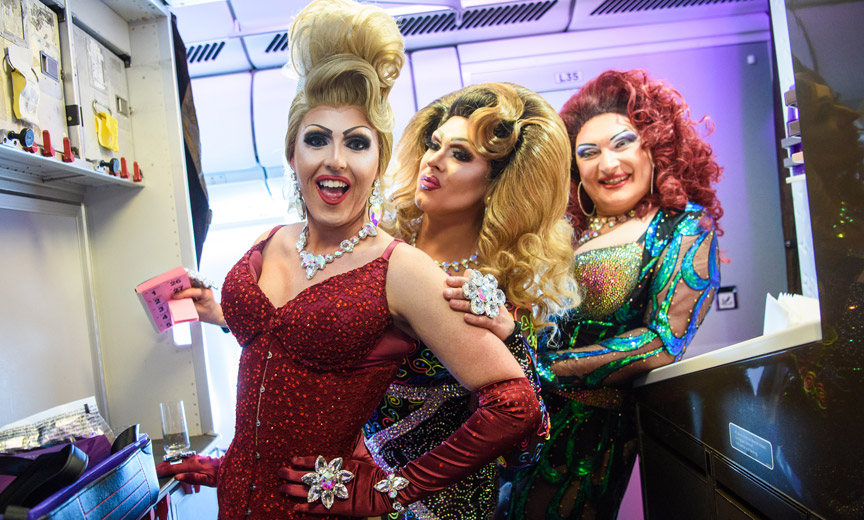 Almost as soon as the seatbelt sign was off, passengers were up and about in the aisles, only sitting for meal service and the airline’s signature Mile High Tea toward the end of the flight.

Unlike most flights, passengers could roam through the cabins as they pleased, making new friends and talking to special guests like RuPaul’s Drag Race superstar Courtney Act, activist Munroe Bergdorf, Grammy-winning singer-songwriter MNEK, and Stonewall legend Tree Sequoia. Sequoia was tending bar the night of the riots in 1969 and still works there three days a week.

X Factor contestant Saara Aalto walked up and down the aisles serenading the plane.

The crew, who were all LGBTQ+ and allies, were always on hand with drinks and snacks, ready to join in sing-alongs and the impromptu dance parties that kept cropping up.

I found myself sitting in sections all over the aircraft as I made new friends and settled in to compare notes on Pride plans. 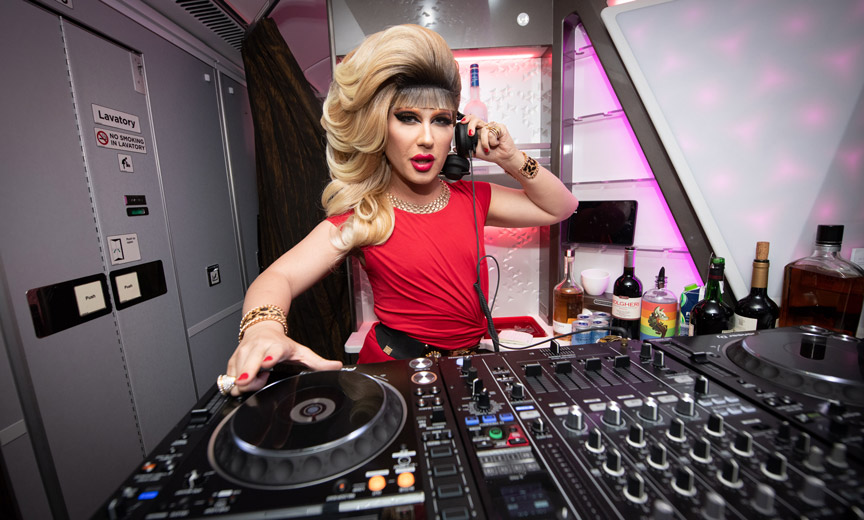 The place to be, however, was the Upper Class bar. Normally a space for just a handful of passengers at a time, DJ Jodie Harsh turned the area into a thumping dance party where up to 30 guests were dancing at any given time. It was tight, but that didn’t seem to dampen anyone’s enthusiasm.

The good times continued with drag queen bingo and a raffle with proceeds benefiting the Attitude Magazine Foundation along with prizes like two Upper Class tickets on Virgin Atlantic.

Right around this time, the booze finally ran out. That’s right – the passengers literally drank the plane dry. Luckily, it was almost time to land. 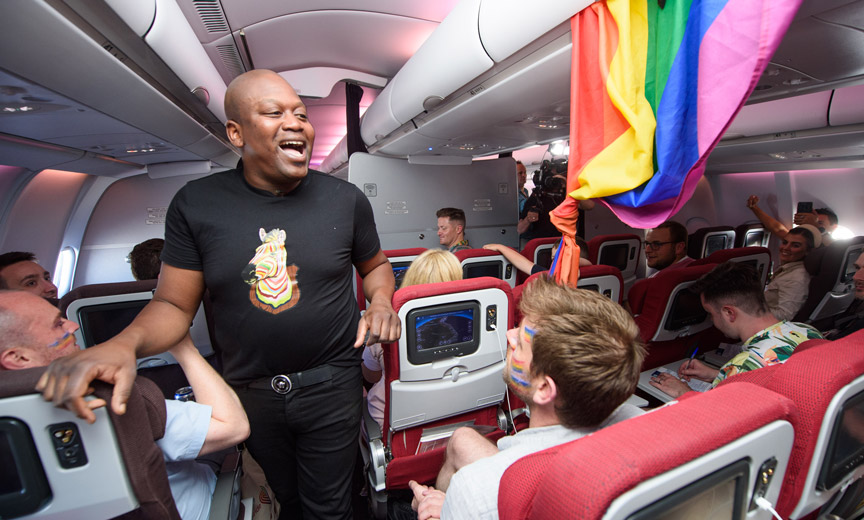 The flight’s headliner, Broadway and TV star Tituss Burgess, finally made an appearance around this time to sing a short song and take photos with various passengers.

Then it was time to return to our original seats for landing and a final farewell to the amazing crew. Their energy and cheer didn’t flag once during the whole flight, though they must have been as excited to land in New York for World Pride as the rest of us.

On the way out from customs and immigration, we were greeted with cheers from Port Authority of New York and New Jersey employees welcoming us to town for World Pride.

The day after the flight, Virgin founder Sir Richard Branson announced informally that the airline will host another Pride-themed flight next year. Hopefully I’ll get to fly along for that one, too. That is, if I’ve recovered from this year’s flight by then! 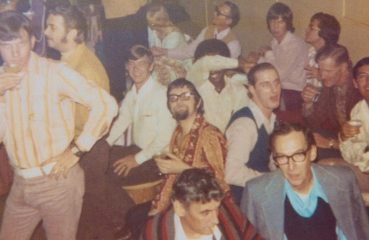 In 1973, a New Orleans gay bar called Up Stairs was set ablaze by an arsonist, and the resulting fire killed 32 people. Decades before the PULSE nightclub massacre took 49... 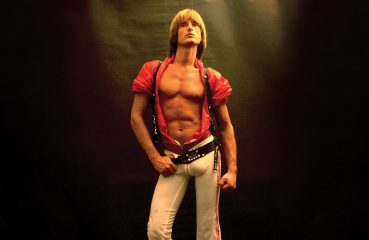 What Made Peter Berlin Famous? It’s All About the Package

Gay sex symbol Peter Berlin may be the first man to understand personal branding in the modern sense. Some say he created the selfie. He was born in German-occupied Poland in 192...