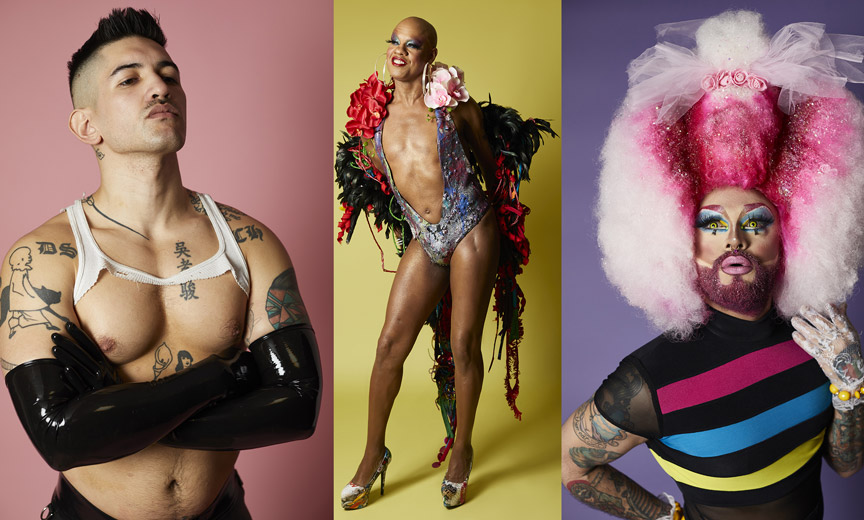 Untitled celebrates what it means to be a person of queer identity. It also captures all the nuances, complexities and artistic manifestations of the bodies on these individual journeys. “While the book by no means covers the wide spectrum and diversity of our entire queer community, we are proud to feature individuals from all walks of life,” Rodriguez says. “Young, old, genderfluid, non-binary, drag queens, activists, trans, etc. embracing our expanded queer narrative and all that we represent now.”

Metrosource took a deep dive with Rodriguez to examine his process and how his project relates to WorldPride.

From Concept to Fruition

METROSOURCE: What does WorldPride mean to you?
MANUEL RODRIGUEZ: It means hope, recognition, that the world is not treating us as second class citizens any more. It means that our rights as human beings are being recognized.

How did this project come about?
I just wanted to give back to the LGBTQIA+ community. I owe my life to the unconditional love that I have gotten from my brothers and sisters. This is a gesture of my appreciation and love for the community that held me up when I couldn’t stand on my own. I decided I wanted to make a book of portraits of the community, showing as much diversity as I possibly could. I knocked on every door I could and got no response.

I’d just finished a film project with my friend Lina Bradford. Just when I was about to throw in the towel, she connected me with The Phluid Project. She knows everyone in this world and the next and called and told me that Rob Smith at The Phluid Project was interested. When I went to meet with him he welcomed me with open arms and an open heart. He loved the idea and told me that he would support my project in whatever way [Phluid] could.

My friend Dickson Wong helped me give the rough concept a real shape. He suggested UNTITLED as the name the book, which I loved. He also came up with the play on UNTITLED containing “UNITED” because we need to be united to keep fighting for our rights.

A whole team of queer people turned out for the shoots. Hair stylist, wardrobe stylist, [production assistants], video people, etc. volunteered their time to help me with this project.

The Evolution of Pride

What’s your perspective on the evolution of Pride from the Stonewall Uprising to today?
When Stonewall happened it was illegal to serve a gay person a drink. We had no rights and society disposed of us however they wanted. No questions were asked. We lived in the underworld. Here in NYC, we have full rights; we are treated as equals. I got married two years ago to the man of my dreams. There is a serious presidential candidate who is gay. [However], there is still a lot of work to do. Our Transgender community is still under attack and their human rights are not recognized. It is a travesty we must end.

What about our community would you like to see change?
Well, we are still human beings and we all carry baggage – queers probably more than others. A lot of us have PTSD from growing up queer in a straight world, whether we want to recognize it or not. Understandably, some of us are still really angry about it, and an easy escape is addiction. … It was a big struggle for me, and I hope that more people get the help they need. My biggest wish for the community is that we can have some love, acceptance and compassion for ourselves. If we can start to do that, I think it will allow us that same compassion towards our LGBTQIA+ brothers and sisters. Shadiness and bitterness are just forms of insecurity and fear. They helped us defend ourselves when we were growing up, but we still turn it on one another. It doesn’t serve us any more; it separates us. If I can learn to love and accept myself, maybe I can love and accept the queer next to me. 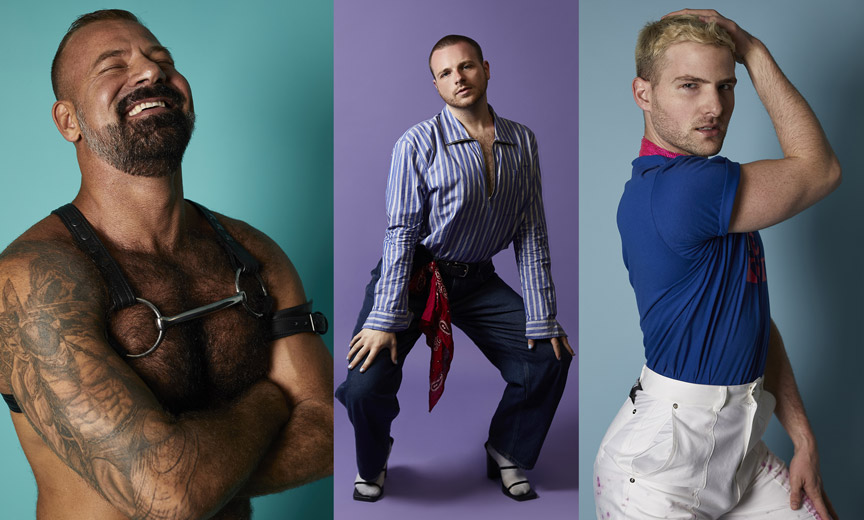 The Man Behind the Camera

Will you share your coming out story with us?
I am Colombian and come from a super traditional very conservative household. The idea that I could be gay was not even a possibility. There was some deep denial since I was walking all over the house in my mom’s high heels at the age of three years old.

I discovered sex very young, but it was filled with shame. I knew all of the forbidden places in Bogota. It was my secret [and] it was wrong; I had to hide it. It fed my low self-esteem and internalized homophobia. There was a lot of regret and thoughts of suicide. I felt inherently wrong and was convinced I was a bad person. I felt defective and hated who I was. I started drinking and drugging very early. At first it saved my life, but eventually almost killed me.

I needed to get out of Colombia no matter what. And I ended up in Maryland living at my sister’s and going to a community college. [Around that time,] I remember seeing a sign there for a gay and lesbian support group. [When I saw it,] I remember my blood pressure dropping. I got dizzy and my hands were numb. It was inconceivable to me that such a group could exist.

It took me like a whole month to build the courage to go into one of those meetings. I finally went, and I couldn’t even talk because I was so nervous and also ESL! [laughs] But that was the first time in my life that I saw the possibility that I could be me and that there was nothing wrong with it. This was my first glimpse of what a queer family could be.


Being Part of the Queer Family

And what were was your experience like once you found your place in the community?
I was introduced to the DC LGBTQIA+ community and that’s when my life really changed [because] I was very active in the DC community and it was amazing. I went to the Women’s March and several of the AIDS memorials at the Mall in DC. These events touched my soul in a way that nobody had in my life so far. For the first time I found purpose. I understood right there and then the true meaning of Pride.

My addiction took longer to navigate, but it was my community that held me up and got me through it. At the beginning, the struggle was real, but it payed off. Today my life is full in a way that little boy in Bogota could never have imagined. I married a man I am absolutely crazy about. We have a beautiful home, and the cutest dog ever – he has the Instagram to prove it @misu_guaguau.

What would you like to share to the youth of the LGBTQ community or those still struggling with identity issues?
To the youngsters, I just say: keep doing what you’re doing to make this world a better place to live. We have come a long way but there is still a long way to go. Please learn about our herstory and how much we have had to fight to get where we are. Don’t take anything for granted and be grateful. Also go where the love is. Let the haters be haters. Don’t waste time on them. Focus on yourself and taking care of the amazing person you are. Lastly give back to your community, because that is where you truly find happiness. 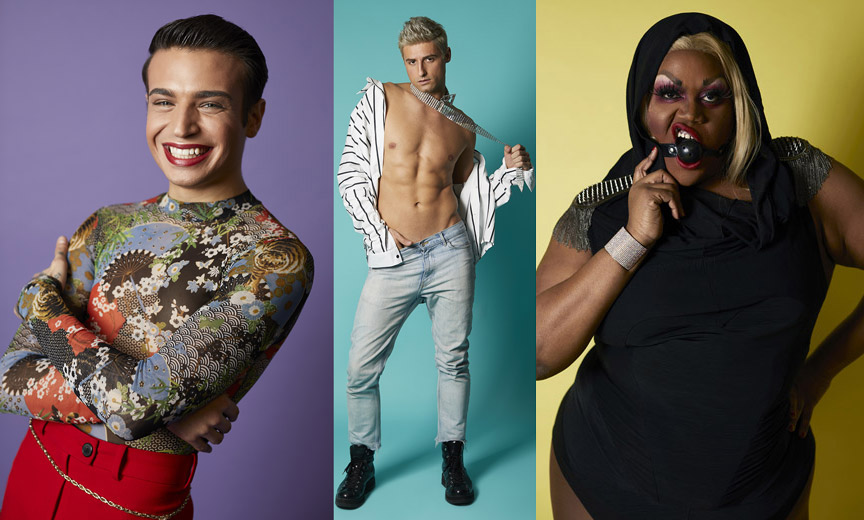 The People in the Pages

Other Notable People Involved in Untitled Include…

Rob Smith (not photographed) – Founder and CEO of the world’s first gender-free clothing store, The Phluid Project. Rob wrote the foreword to UNTITLED and has been instrumental in bringing this book to life.

Pidgeon — Outspoken Chicago-based activist and filmmaker. They have been the leading voice in creating visibility for intersex individuals and ending intersex surgeries.

Michael Formika — Legendary nightlife personality, formerly known as the drag queen Mistress Formika. The New York personality talks about his own queer journey and supporting and educating the new generation.

Jim Fouratt — Gay rights activist and participant in Stonewall Uprising. He is profiled in the book and offers his perspective on the evolution of the community, the younger queer generation, and his hopes for the future.

Looking for a book to keep you cool? 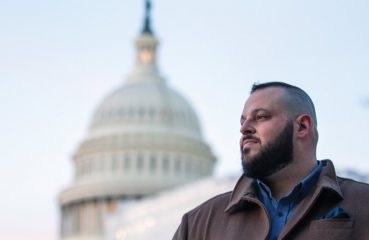 As he celebrates 15 years since Mean Girls, Daniel Franzese reveals how he’s parlaying fame into fighting for the environment and people living with HIV. Converging on the... 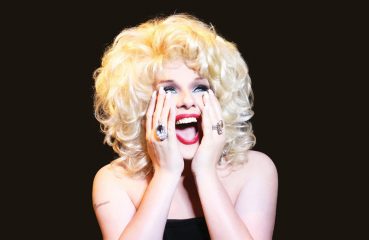 The History of Drag is Right Here Between the Covers

Not too long ago, drag entertainers were seen as edgiest outsiders of society, let alone show business. Today, in tandem with society’s increased acceptance of gay culture and...