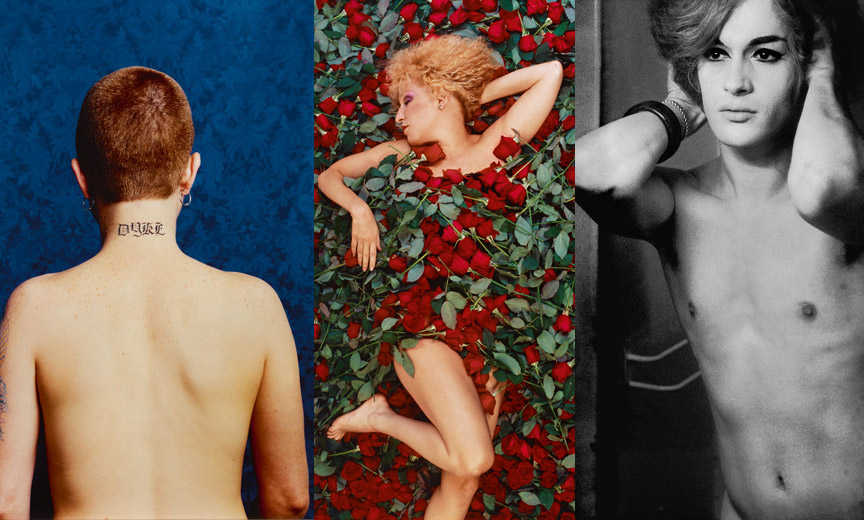 What better way to celebrate love and LGBTQ representation in art than sending it home with the highest bidder? BENT. is an art exhibition and auction presented by Sotheby’s. Pieces up for grabs include photographs, contemporary art, antique and rare books, prints and drawings. Sotheby’s will display the work through June 26; the auction is June 27. Let’s look at some of the fabulous artists featured:

Robert LaVigne played a vital role in the Beat movement. An Idaho native, he moved to San Francisco in his early 20s to pursue his love of painting. There, he met his future lover, Peter Orlovsky. LaVigne made Orlovsky the subject of one of his most famous paintings, “Nude with Onions”. It is one of the many stunning pieces up for auction at BENT.

LaVigne’s art portrays and was created in collaboration with central figures of the Beat movement. These include Allen Ginsburg and Jack Kerouac. (The artist also served as the inspiration for characters in two Kerouac novels.) According to poet Michael McClure, LaVigne was “the nearest thing to an official Beat artist.” LaVigne passed away in 2014 at age 85, but his art is still a source of inspiration for artists everywhere. The works allow queer love to have a place in the spotlight

Walt Whitman was a Transcendentalist poet. Academics regard his writing as some of the most important contributions to American literature. Whitman discovered his love of literature while living in Long Island, where he had an apprenticeship as a printer. After pursuing careers in teaching and journalism, Whitman eventually focused on poetry. He crafted his own distinctive style and published “Leaves of Grass” in 1855.

The work excited extreme controversy on account of its vivid sexual imagery. BENT. will auction a copy of the first edition. It is inscribed to Peter Doyle from Whitman in 1868. Doyle and Whitman likely met in Washington, D.C., where Doyle was working as a streetcar conductor. Despite their differences in work and age, they were friends and lovers, who exchanged letters for many years.

Wojnarowicz made incredible strides as an artist, songwriter, filmmaker and AIDS activist. He was born in New Jersey in 1954, where he faced an abusive family and a difficult upbringing. This led Wojnarowicz to live on the streets by age sixteen.

He eventually settled in New York and began showing his work across the East Village. In the late 1970s, he became a prominent artist. His work was unique in the way it mixed media with graffiti and street art. He recorded films, created a photography series, and even wrote songs for various musicians.

In 1987, Wojnarowicz’s mentor Peter Hujar died of AIDS. Soon after, Wojnarowicz learned that he was HIV-positive. These two life-changing events pushed him to participate in intense activism and produce political content focused on society’s response to the AIDS epidemic. Wojnarowicz died of AIDS-related illness in 1992, but his work remains influential. Two of his photographs will be available at the auction.

Catherine Opie is a Los Angeles-based photographer whose work focuses on community. Photographer Lewis Hine, whose work documented child laborers, inspired Opie. At just nine years old, Opie began photographing her family and her neighborhood. She now focuses much of her photography and studies on personal relationships, especially within the LGBTQ community.

One of Opie’s earlier series, “Being and Having”, depicted her queer friends in Los Angeles — putting a less traditional twist on portrait photography. She breaks up the typical harmony of a portrait with elements that express the complexity of sexuality and gender. She has said of herself, “I’m glad that there is a queer, out, dyke artist that’s being called an American photographer.” 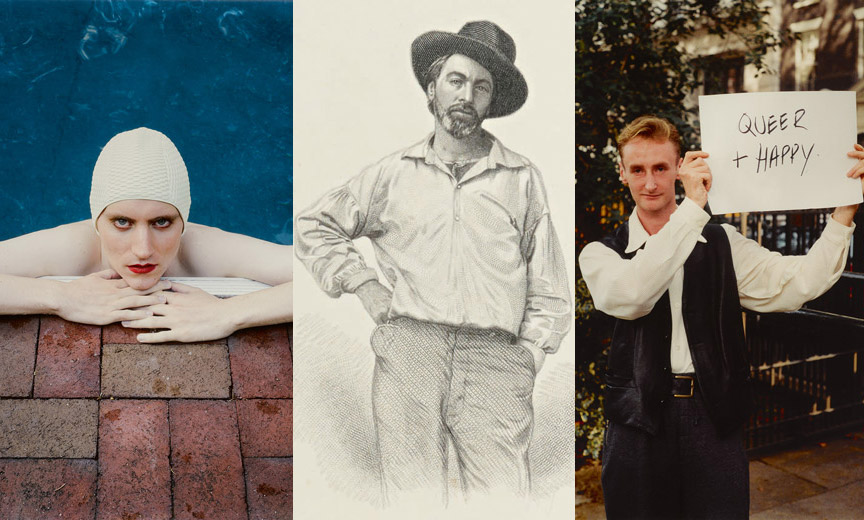 Gillian Wearing is a prominent young contemporary English artist. Wearing was born in Birmingham, UK. She moved to London in 1983 to further her studies. In 1997, she won the prestigious Turner Prize for British visual artists. Her photography explores the private self juxtaposed with the public persona.

BENT. is featuring work from Wearing’s series, “Signs That Say What You Want Them To Say And Not Signs That Say What Someone Else Wants You To Say”. In this series, she asked people on the street to write what they were thinking in that moment on a cardboard sign. The photographs often reveal deeply personal truths about the individual, and one will be available for viewing and bidding at the auction.

Strömholm is known to many as the founder of Swedish photography. Born in Stockholm, he began his career taking minimalist black-and-white photographs highlighting walls and shadows. Strömholm also taught many photography classes at a university in Stockholm. Today, he is best known for his intimate black and white street photography. A few such pieces will be part of the auction.

Critics laud Strömholm’s depictions of the trans community. His series of photographs of transgender women in the 1950s and 60s in Place Blanche in Paris are some of his most impactful and widely studied images. Both his work and methods have inspired generations of photographers.

Andy Warhol’s name is one of the most well-known in art history. He was an American artist and filmmaker who popularized the Pop art movement of the 1960s. Warhol began his career as a commercial illustrator, but the world eventually recognized his controversial, impactful contributions to the cultural conversation.

Read Next | Here’s How to See LGBTQ History and More at the Newseum in Washington D.C.

By 1962, he had gained notoriety after pieces like his iconic Campbell’s soup can painting made a splash. Warhol then began to focus more on his filmmaking, creating underground movies with unique layouts and plots. Per his will, his entire estate was used to establish the Andy Warhol Foundation for the Visual Arts after his death in 1987. BENT. will auction twelve of Warhol’s pieces, highlighting his drawings of male figures and nude photographs.