Home » Departments » Travel » This is Why Tourists Adore Gay Amsterdam

This is Why Tourists Adore Gay Amsterdam 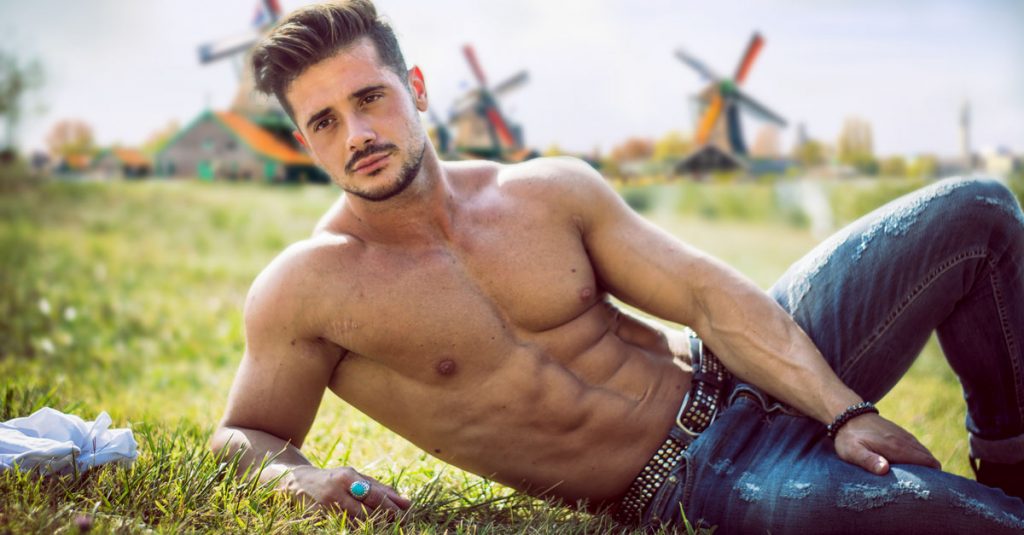 Back in the 1980s, Amsterdam was the Sin City of Europe. it was the city where my boyfriend and I traveled whenever we needed respite from the Bible-bleating hegemony of the United States. Grittier than New York, Amsterdam celebrated sex with abundant boys and brothels. Around every corner were cannabis coffeeshops. And when those clubs closed, there was Indonesian rijsttafel — a munchies-sating feast imported from colonial Dutch culture back when the Netherlands ruled much of the known world.

As UNESCO noted in 2010 when designating the city a World Heritage Site, Amsterdam’s tolerant and cosmopolitan culture evolved alongside its maritime trading empire. It also reflects the spirit of the Calvinist Reformation which made the city a refuge for generations oppressed by religious persecution. It’s unlikely that John Calvin anticipated Amsterdam’s ongoing popularity for stag and hen parties or the enduring appeal of its red light district. Nonetheless, and similar to Las Vegas, Amsterdam has always cultivated a laissez-faire attitude that has proven alluring to nearly 18 million annual visitors.

And just as Vegas has polished its brassy image over recent years,  Amsterdam has done the same to usher in a 21st-century renaissance that replicates the prosperity and cultural prowess of its Golden Age. Throughout the 17th century, Amsterdam was the hub of global trade and the world’s most formidable economic power. As the majority shareholder in the world’s first multinational corporation, the Dutch East India Company, Amsterdam was renowned for its wealth, which was made manifest in art, architecture and haute cuisine.

At the Rijksmuseum, there is a genre of Golden Age painting known as pronkstilleven. It is famed for depictions of “ostentatious still life” — ornate canvases resplendent with abundance of flora, fruits and fauna that represented the patron’s affluence. Similarly, patrons at the museum’s Michelin-starred RIJKS restaurant are now fêted with new Dutch cuisine in a room reflective of the timeless grandeur of its recently-restored museum. In honor of one of the Golden Age’s most remarkable artists, Rijksmuseum has designated 2019 as the Year of Rembrandt with an exhibition of the world’s largest collection of the artist’s works, including Rembrandt’s masterpiece The Night Watch.

Not long after the Rijksmuseum opened in 1885, an unknown painter named Vincent Van Gogh wrote his brother declaiming, “It is with justice that they call Rembrandt ‘magician.’” Less than a hundred years later, the Van Gogh Museum opened near Rijksmuseum on Museumplein where it has become the most visited museum in the entire country. The world’s largest collection of works by Van Gogh is housed in a spectacular structure that also offers private dining experiences within view of Van Gogh’s self-portraits. 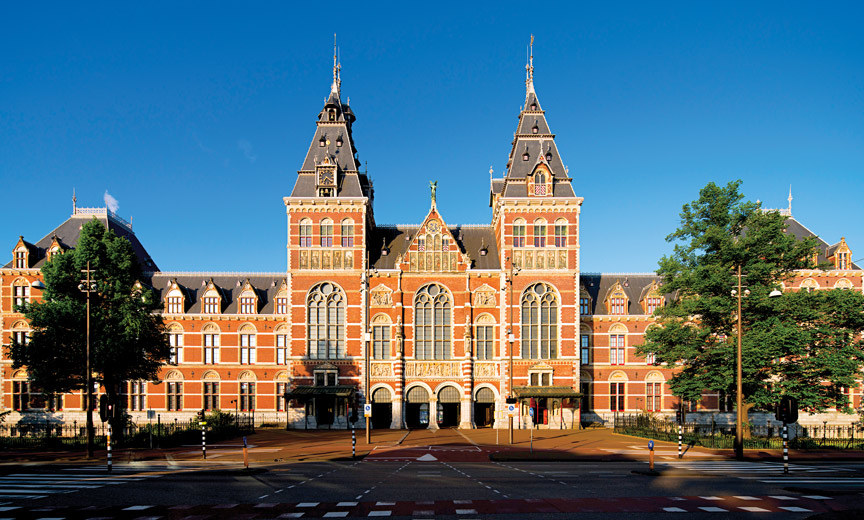 Read Next | Not As Gay As It Used to Be, But Still Worth a Visit: San Francisco

In another prescient letter, Van Gogh mused, “I’d like to do a decoration for the studio. Nothing but large sunflowers.” Today, those immortal sunflowers are also on view at the museum — including a reproduction that invites touch for the blind and partially sighted.

On the floral front, Amsterdam is also renowned for its tulips, which contributed to the city’s speculative wealth as a coveted luxury item during the 17th century. Guests at Waldorf Astoria Amsterdam are granted access to one of Amsterdam’s largest private gardens with more than 7,000 tulips. The hotel’s six adjoining UNESCO-listed canal palaces face the Herengracht, home to the city’s most illustrious citizens. Inspired by the Waldorf Astoria flagship in Manhattan, the hotel’s marble lobby leads onto Peacock Alley where afternoon tea is served daily, augmented by musical accompaniment. For those guests who cherish their privacy, the garden’s octagonal 18th-century teahouse provides a perfect setting for private dining. It is particularly coveted for marriage proposals, but would be appropriate for almost any occasion involving the presentation of diamonds.

Jewels in the Crown

In the 17th century, nearly all of the world’s cut diamonds came through the ports of Amsterdam — and today the city remains a diamond capital. That’s due in part to Royal Coster Diamonds, the world’s oldest diamond polishing company. Equally prestigious, Gassan Diamonds hosts nearly half a million annual visitors at its factory and showroom. The Diamonds & Champagne package assures one lucky guest will leave with a cut diamond at the bottom of their champagne flute. 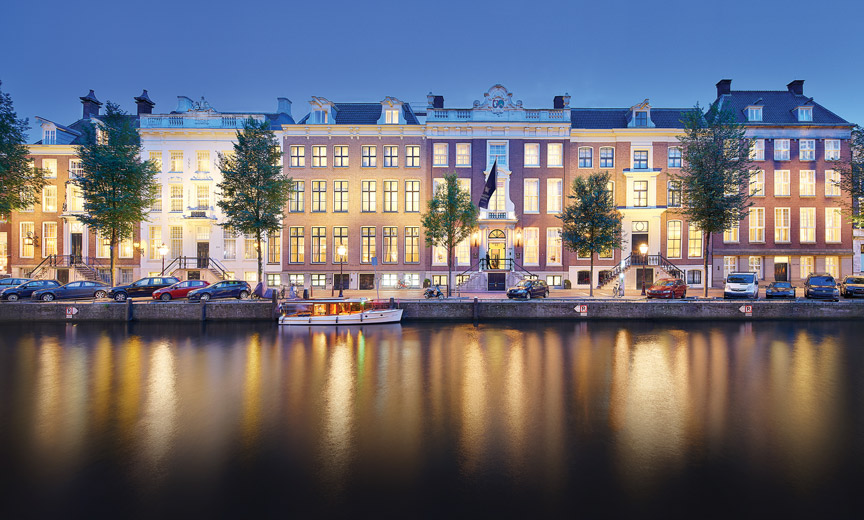 Given that Amsterdam was the Queen Bee of the mercantile world during its Golden Age, it’s fitting that the city’s premier department store, de Bijenkorf, is named for the Dutch word for beehive. That’s an accurate analogy for navigating the Netherlands’ most eye-popping emporium. A haven of luxury since its founding in 1870, de Bijenkorf offers various dining options, beauty treatments and a personal shopping lounge for couture consultations. In keeping with the city’s esteem for arts and culture, de Bijenkorf inaugurated its artist-in-residence project in 2015 — which includes a panoramic rooftop studio apartment in the store’s historic tower to house accepted artists.

And while you’re buzzing about, you’ll note Amsterdam is a city of cyclists with more bicycles than residents. They peddle by the city’s 62 miles of canals, lined with 7,000 monuments. Built in 1987 as the world’s first LGBTQ memorial, Amsterdam’s Homomonument commemorates those persecuted throughout history — and especially during WWII. 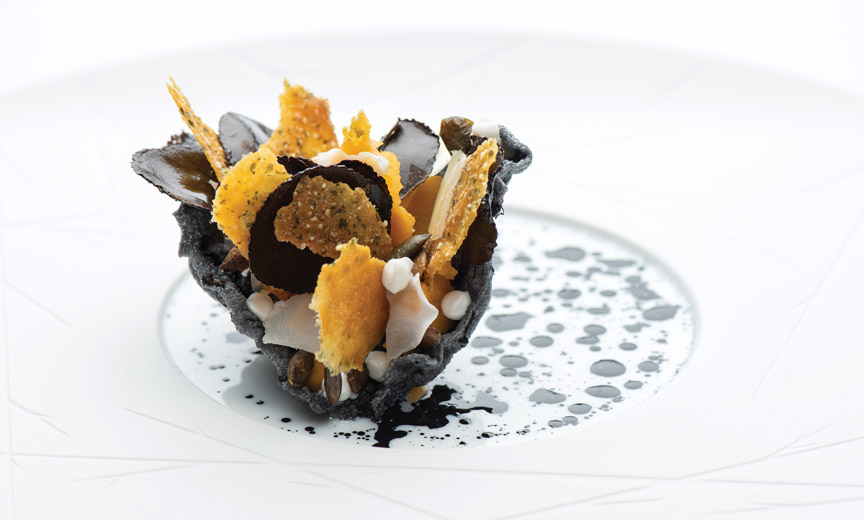 Equally inspiring are the denizens of Rapido, Amsterdam’s long-running party at the legendary Paradiso. What was once an 18th-century church building now houses a polyglot congregation of party people pounding floorboards previously trod by Lady Gaga, Madonna, Patti Smith and scores of other entertainers. More than 180 nationalities are represented in Amsterdam’s population — and a night at Rapido serves as a reminder of Amsterdam’s diversity and tolerance. For after all, it was in Amsterdam that the first same-sex marriage occurred after the Netherlands became the first country in the world to legalize same-sex marriage in 2000.

While it’s entirely possible to party all day and night in Amsterdam — particularly during ADE, the five-day annual autumn dance music festival that has become the largest club-based festival in the world —it’s equally restorative to return to the Waldorf Astoria Amsterdam and check into the hotel’s Guerlain Spa for an afternoon of Champagne and hydrotherapy. Before the bubbles go to your head, be sure to raise a glass to Amsterdam’s new Golden Age.