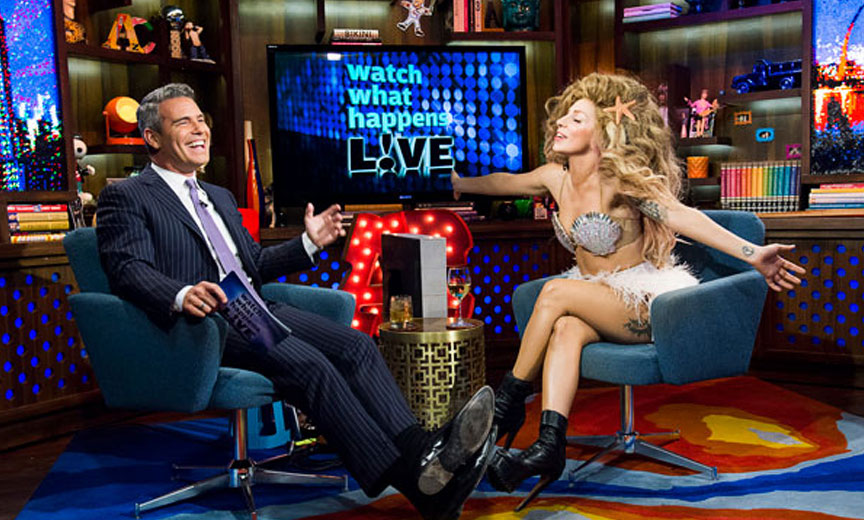 I’m so pleased to feature andy cohen on the cover of this issue of Metrosource as he celebrates the release of his new book Superficial: More Adventures from the Andy Cohen Diaries.

Andy is someone I’ve seen around NYC for years — from community events to the streets of Chelsea and the beaches of Fire Island. So it’s especially exciting to see his continued high-profile success when it comes to the worlds of television, radio and the printed word.

What is it about Andy Cohen that strikes a chord with people? He’s so funny and yet so real. He reminds me more of a friend than most people I see on television. He seems genuinely unafraid to share his foibles and idiosyncracies, to get silly and stirred up about what excites him, to genuinely put himself out there. He’s both the kind of person that anyone could relate to, and yet admirably outspoken enough to express opinions many of us might think but would not dare to say out loud. I also can’t help but be impressed by the way his dogged determination took his career from working behind the scenes to being in the spotlight.

It’s especially fitting that Andy, the only openly gay talk show host in late-night, tops this year’s list of “People We Love”because he’s the kind of person who breaks the mold. It’s something he has in common with many on this year’s list: the designer who defied expectations in order to explore his passion for film, the musicians who dared to redefine masculinity, the creators of television programs that represent our community in exciting new ways. And, in this year when trans rights have been such an important issue, I’m glad that we can champion the convention-defying achievements of leading lady Laverne Cox and cinematic storytellers Lana and Lilly Wachowski.

To me, discussing the accomplishments of these unique individuals is so much more interesting than yet another story about the people we see covered in the media all the time. Who needs to hear more about the latest drama in the life of Kim Kardashian? So let us end the year by raising a glass to those who march to the beat of their own drum and who aren’t afraid to be real and just be themselves. With that, on behalf of the Metrosource family, I wish you all a beautiful holiday season and a Happy New Year.

After a lifetime of saving as if disaster was just around the corner, Wade finally splurges on a dream car and gives his father the ride of his life. My father had a strict...

No one gets everything they want in an election, ever. But with many expressing concern about America’s desire for equality and inclusion, there’s actually much to be...