Already a hitmaker as Lady Gaga, Stefani Germanotta is now getting rave reviews for her work in A Star is Born. Plus More Headlines!

She Lives for the Applause

It’s the fourth time around for this fable of star-crossed lovers who intersect while one is climbing the fame ladder and the other is falling into substance abuse. Although the new film stars Bradley Cooper (who’s also making his directorial debut here), previous incarnations have featured the likes of Barbara Streisand and Kris Kristofferson and James Mason opposite Judy Garland.

According to insiders who’ve seen the trailer — screened so far only at conventions — Germanotta is killing it — and is every bit as much Cooper’s muse as he is her director. It’s not her first turn in front of the cameras of course, since she was at the center of the vampire’s nest of American Horror Story: Hotel and later won a Golden Globe award for her work.

So… Gaga, who also stepped in for Beyoncé a few weeks ago at Coachella and had moments of her show filmed for possible use in A Star is Born, has also insisted that she and Cooper sing live to film rather than lip-sync to prerecorded tracks as is the time-honored tradition.

In speaking about the project at the recent Tribeca film fest to Robert De Niro, Cooper described what sounds in many ways as a high-wire act with opportunities for an enormous payoff or colossal failure.

Cooper confided to De Niro that Gaga proposed “a bargain.” He says she told him, “‘I’m gonna rely on you to get a performance that’s honest out of me,’ because she’d never done a film before, ‘and I’m gonna make sure you that turn into a musician, because we’re going to sing everything live.’ And I thought, wait, what? She said, ‘No, the only way this is going to work — I can’t stand when I watch movies when they have music and you can tell when it’s pre-recorded and people are lip-syncing.’ And she’s right. So that was terrifying, but I really relied on her.”

We’ll bring you the trailer as soon as it becomes available.

That’s Mister Valley Gurl to You

Down in the Texas valley — hardly a progressive hotbed — they’re celebrating the May 5 election of a new mayor in Del Rio. What’s unusual: the chief city executive is an openly gay man who occasionally favors wearing high heels.

The mayor-elect is 35-year old Bruno “Ralphy” Lozano, who snagged a resounding 62 percent of the vote and defeated the incumbent, Robert Garza. According to the local paper, Lozano will be the city’s first LGBTQ elected official as well as the youngest mayor ever to serve in the office.

His winning pitch was one of a positive outlook in both his societal views and the way he perceives Del Rio — despite the fact that detractors had tried to attack him as a “faggot with AIDS.”

A veteran of the U.S. Air Force, Lozano declined to re-enlist because “Don’t Ask, Don’t Tell” was still the law of the land at the time. Now he sees it as his mission to let the rest of the state, country and world know that, in his words, Del Rio is not a “war zone” in need of a border wall. “It’s beautiful down here,” says the mayor-elect.

During the campaign, Lozano told IntoMore.com that he would win or lose based on his true identity as a gay man: “Stonewall happened because drag queens and a minority group stood up to animosity, and I had to go back in the closet because of that same hatred. I know what that was like, and it translates to today’s campaign. I’m not going to bow down. I am who I am. Accept me or not.”

Well, to give credit where credit is due, there were more than five attendees at a Washington DC rally of ex-LGBTQ activists last weekend. The actual crowd estimate stands at 36.

According to the group’s mouthpiece, VOV president Darren Mehl, the march was mounted as “an opportunity for those of us who have a new life with Jesus to come together in fellowship and praise Him for the love and grace available to everyone who seeks it [and] to testify publicly of the life-changing grace available to leave the LGBT identity for something greater.”

No word on whether they all went to share a pizza when the excitement died down. 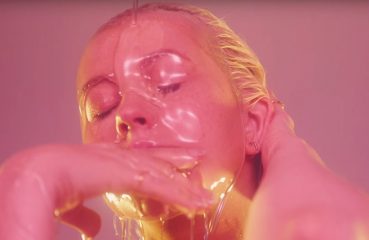 The Oval Office Occupant takes another swipe at LGBT rights, Ms. Aguilera leaves reality TV long enough to record, and Deadpool can do it all, backwards and in heels. Orange is... 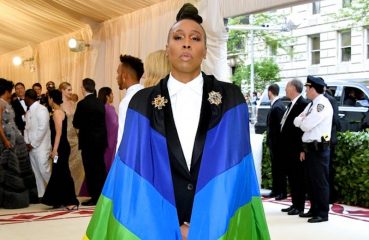 Fierce fashionistas fought for the limelight at last night’s NYC Met Gala, nearly upstaged by a surprise appearance from the Queen of Pop.That, and more in Happy Hour...