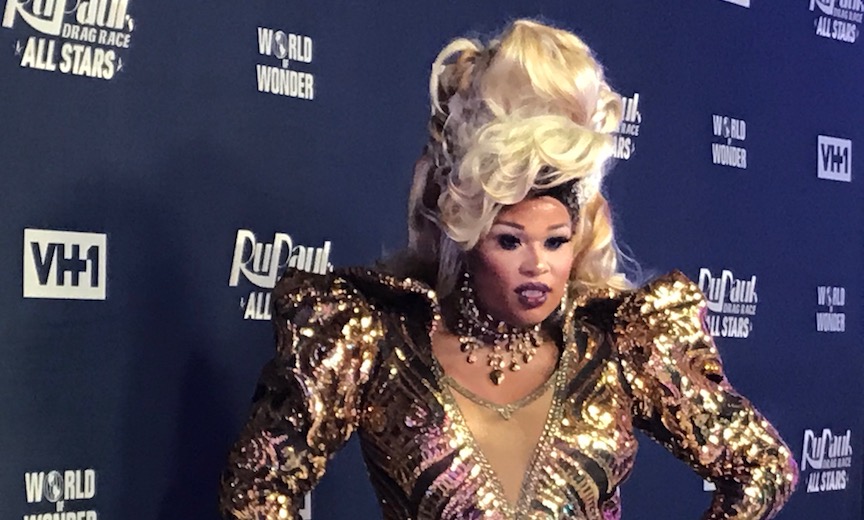 Peppermint is the highest-profile queen to announce a transition, and now RuPaul has recently said he “probably” wouldn’t allow trans contestants on Drag Race … so the stage was set for a showdown.

Now Peppermint, who’s headed to the Great White Way later this year as the first trans lead in a Broadway musical (based in part on music by the Go-Go’s) and was a finalist on Season Nine of Drag Race, has a few well-chosen words to address the brewing fracas.

She begins her comments with poise and praise for the Emmy Award winner and his show. “Doing Drag Race was one of the best moments of my life. RuPaul kicked open so many doors for queer and gender non-conforming folks and is an absolute trailblazer in the world of drag,” Peppermint says in a public statement first printed by Billboard.

“When I started my transition back in 2012,” she continues, “I learned a valuable lesson. I learned that absolutely no one has the ability or the right to define your womanhood, manhood or transness, but you. I also learned women should not be defined by what surgeries they have or haven’t had.”


To many in the trans world, the drag world, and beyond, Peppermint is something of a guiding light and a true heroine to the community at large. In her statement, she continued by saying that “trans women and (cis) women, have always been directly and indirectly contributing to the art form of drag. Like voting, driving, working, even eventually the Office of President of United States, drag evolves. My hope is that together, we can uplift all forms of drag, both on TV, and in the real world.”

What’s unclear is whether drag — which was much more an underground and gay subcultural pastime before Drag Race caught on — is ready to be morphed into something so much larger and more inclusive in an instant. Hence the clash. For, as some contend, how can women pretend to be women? And wouldn’t drag lose some of its edge? RuPaul seemed to think so. In his button-pushing initial statement, he expressed concerns that the show might “lose a sense of danger.”

The controversy may seem of the moment, but America has grappled with comparable issues before. Before the Civil War, the country’s first entertainment craze was something that’s all but vanished from the world today: minstrelsy. The fad, which was once celebrated at performances in the White House, called for white performers to apply burnt cork to their faces and do coarse and often unflattering impressions of African Americans at their leisure.

What’s been lost over the decades is an odd twist on today’s controversy: After emancipation at the end of the Civil War, many newly freed slaves decided that the best way to make money was to head out on the road touring as “a more authentic” version of a minstrel act. Over the next hundred years, many of them became stars in their own right.

Now both Ru and Peppermint find themselves delicately navigating a similar minefield, where the precise right answer isn’t readily available. Inclusion means changing what drag has traditionally become famous for: men exaggerating feminine stereotypes for entertainment and self-fulfillment. But… don’t women who were once men, or men who are on a path to becoming women, exist out of the typical barrier of being cis female?

Ru has done some damage control, but his first comments have taken on a life of their own, and now it seems the rift between people of good will with common cause is still searching for a way to mend. For the moment, it seems no one is happy.

“Unfortunately,” Peppermint concluded, “it won’t be the first or last time we will hear a woman can’t do something a man can. I’m out to change that.” 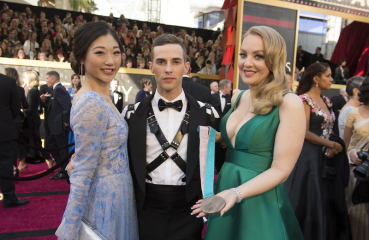 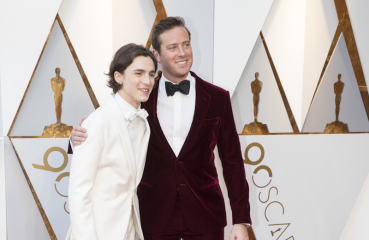 Here’s a quick rundown of all the things you’ll be talking about over happy hour drinks today. Call Me . . . Maybe Director Luca Guadagnino can’t stop talking about his...