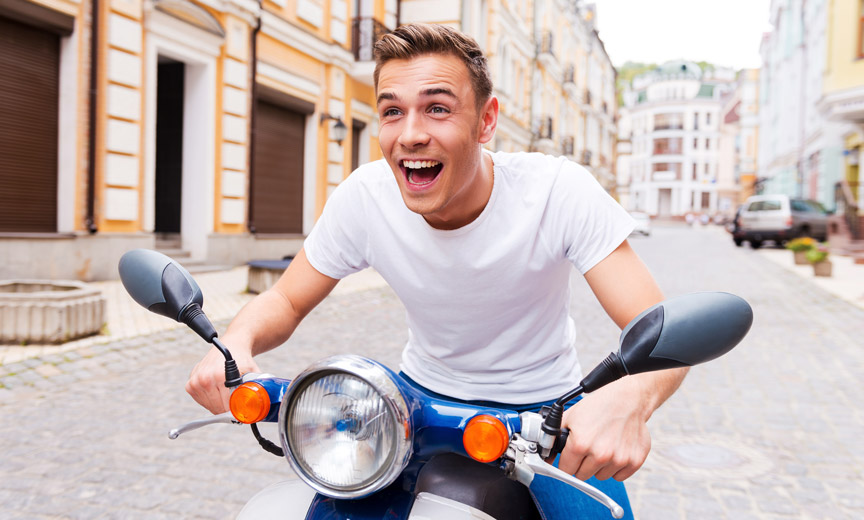 Lawrence discovers the joys of going his own way when it comes to exploring the world. But he’d prefer you not call it “traveling alone.”

I’m often asked this question when I’m away from home. It’s typically tinged with surprise, shock, even disappointment — as though followed by a silent, Poor you!

But traveling alone is my jam. Sure, there are times that I will plan family visits or romantic getaways with my boyfriend. Yet, whether the journey is for professional or personal reasons, flying solo is my default mode.

Why? Well, at 23 years old, I took my first trip to Europe with my then best friend Devon. We were obsessed with all things European and excited to see London, Amsterdam and Paris. Once we got there, I wanted to wander for hours until we found the perfect local restaurant, and he wanted to eat at McDonald’s. This essential incompatibility quickly soured the trip, and by our final night in Paris, our conversations had been reduced to, “I’m going out. See you later.” Door slam.

So for my next trip to Europe, I struck out solo to spend three weeks weaving around the continent, which would be filled with incidents, adventures, discoveries, and people I’d likely never have met traveling with a companion.

In Antwerp, while dining alone at a local hole in the wall, a handsome blond guy in his late 20s named Jelle struck up a conversation with me. Jelle was charming, kind and extremely sexually ambiguous. I couldn’t figure out whether he was gay, bisexual or just extremely open-minded, but he gave me my first Vespa ride. He also introduced me to my very first white beer — to this day, it’s still my preferred brew. And he even invited me to his apartment for dinner. There I noticed a poster for a gay-related organization that made me pretty sure he was “family,” but I was too timid to ask, and this was pre-Facebook, so I couldn’t snoop on him afterwards.

I would go on to experience many such kindness-of-strangers scenarios throughout Europe. In Krakow, Poland, I managed to find a tiny-yet-slick gay bar, where I introduced myself to a young guy — I think his name was Pavel? He brought me along to an underground dance club in an abandoned warehouse; I don’t know how else would I have ever come across such a place. I even got a kiss from him before the night was over, though he declined to escort me back to my hotel afterwards because he was still stinging from a recent break-up. This turned out to be a fortunate turn of events because I woke up at 4am incredibly sick to my stomach, and I would not have wanted him there to witness it.

On another occasion, a thoughtful Danish lesbian took me under her wing in Copenhagen, when I asked her about local art museums. In addition to helping me out in the art department, she introduced me to her roommate — a prickly, suspicious, chain-smoking gay guy who turned me on to the fact that Kylie Minogue was still making music in the 1990s, even though in the States she had pretty much disappeared between her 1980s hit “Locomotion” and 2001’s Fever.

Years later, with the help of smartphone apps, I have even branched out to Asia, where I’ve made connections (platonic and otherwise) that have truly allowed me to experience local life along with them — from authentic Penang street food in off-the-map alleyways to a gay karaoke bar in Shanghai where they take their singing very seriously.

So the thing is: I’m not really traveling alone. Yes, I board the plane with a single ticket in hand, and there’s only one name on my hotel room registry. But as solo travelers know, there is joy in exploring unknown possibilities, opening up to new people, having cinematically short-lived romances (think of films like Weekend and Before Sunrise), or simply learning about oneself during moments of solitary reflection — in trains, buses, sidewalk cafes, hostels, hotels — anywhere but McDonald’s.

FROM ROB: A World Worth Sharing

FROM ROB: Our True Colors

This year’s pride issue is one that makes me particularly proud. You’ve got to love Cyndi Lauper, whom I’ve known for many years as a great straight ally of the LGBT...