Chicory and Coffee: The Civil War Embargo That Led to a Flavor Revolution 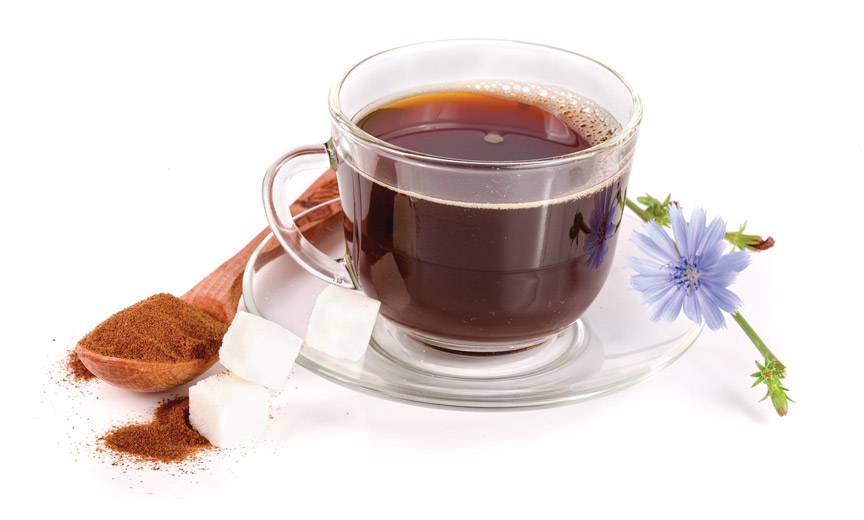 It’s known as one of NOLA’s distinctive flavors, but can chicory also be a key to good health?

A trip to the legendary Cafe du Monde in New Orleans will have you craving beignets and guzzling chicory. Let’s save you the trouble of doing the latter.

Southerners began creating coffee from chicory when the North placed coffee under embargo during the Civil War, and Confederates had to use their wits to get their java. Chicory is the endive plant’s root — a perennial from the dandelion family, and popular in salads or found among passed hors d’oeuvres at cocktail parties. In coffee, it’s used to ease or soften bitterness — lending a distinct flavor that many people find greatly compliments and enhances even the strongest coffee.

Part of chicory’s health value is that it contains the prebiotic fiber inulin. You’ve probably hear of “probiotics” — living bacteria that aid in the digestive process and can be found in foods like yogurt. By contrast, “prebiotics” are a form of dietary fiber that promotes the proliferation of good bacteria in your stomach. Thus, chicory root may aid weight loss by helping the body better-absorb nutrients while eliminating fat and cholesterol. Despite the fact that inulin is a sugar, it doesn’t impact your blood sugar like other carbohydrates, making it a natural low-calorie sweetener. Chicory also contains calcium, copper, magnesium, phosphorus, iron and vitamins A, B1, B2, C, and K.

Integrating chicory root into the human diet can be traced back to ancient Egyptians, who called it “Ctchorium” and started using the root roughly 5,000 years ago as a medicinal plant to purify the blood and cleanse the liver. Dried chicory root can also be used to treat jaundice, alleviate gall and liver stones and combatbad cholesterol. A scholarly look at chicory from Bharathidasan University in India reports that chicory root “shows significant antibacterial activity,” that compounds from chicory “possess potent antimicrobial activity,” suggests that chicory root extract contains “the effective active constituents responsible for eliminating bacterial pathogens,” and concludes the active chemical compounds in chicory “should certainly find place in treatment of various bacterial infections.” In 2011, researchers at the University of Maastricht published a study in the British Journal of Nutrition reinforcing the idea that chicory root can help trigger weight loss — in part because the oligofructose it contains promotes fullness and helps decrease food intake

In addition to weight loss, chicory root has been shown to lower epinephrine and cortisol levels (reducing systemic stress)and aid in preventing diabetes. In a Journal of Traditional and Complementary Medicine study published in 2014, participants who drank a chicory root extract beverage had improved levels of adiponectin (a protein that regulates fatty acids and glucose levels) compared to those who drank a placebo.

Want to try to make a Chicory Root Coffee Alternative? It’s simple: brew a tablespoon (a tablespoon and a half if you want it stronger) of chicory root in two cups of water, then heat one cup of your choice of milk. When both come to a boil and combine and sweeten to taste — preferably with a natural sweetener like agave or honey — and get ready for a unique brew with health benefits.

Read next: 10 Teas That Are Good for Weight Loss 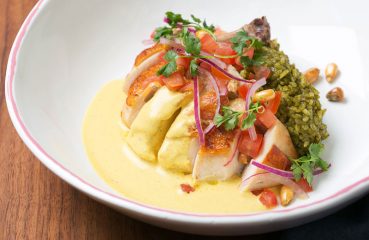 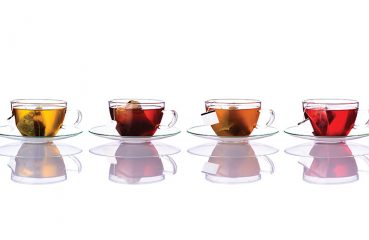 10 Teas That Are Good for Weight Loss

Looking to shed a few pounds? Get ready to drink plenty of tea. Humans have been drinking tea since the days of emperor Shen Nung in China around 2737 B.C. In the recent book For...