Let’s all join in a hearty chorus of WTF, Karen?!? One Million Monsters – oops, we mean “Moms” are at it again, protesting Uber Eats because they have the nerve to be inclusive. Gay gasp, supreme!

It started innocently enough. The rideshare/food delivery service unveiled an uber-adorbsies (adorable) commercial starring Olympic champion Simone Biles. She performs a flawless gymnastics spectacle before announcing what she intends to eat for dinner tonight. From the other end of the mat, Queer Eye’s Jonathan Van Ness joins the festivities, declares his culinary cravings, and then replicates her routine surprisingly well (yet admittedly slower). The dynamic duo shares an awkward beat before Simone asks Jonathan if he’s wearing her leotard, an accusation to which he sheepishly confesses.

Super cute, right? Well, tell that to the joyless shrews over at One Million Moms, a rightwing gripe group hell-bent on urinating all over our civil rights. It’s their thing. They’re freaks.

The uptight moms released a hatement (a hateful statement) that refers to our beloved Jonathan as a “cross-dresser” and proceeds to argue, “Instead of making audiences lose their appetite by glamorizing a LGBTQ lifestyle, Uber Eats should focus on what it does and remain neutral on controversial issues.”

Grr – hold my craft beer! Those Mommie Dearest mf’ers deserve the wire hanger treatment, but Uber Eats took the high road when composing their response. In a message to NBC News, the gay-friendly corporation explained, “At Uber Eats, we’re unapologetically committed to representing the flavor spectrum. From tacos to talent, we like it spicy. JVN and Simone serve gymnastic prowess and… self-confidence, qualities millions of moms everywhere can—and do—support.”

24 Outdoor Restaurants in NYC You Need to Try Right Now

Yaas, we love putting the so-called Million Moms in time-out. Despite their name, the b-word brigade only managed to muster up 6,000 signatures urging Uber Eats to cancel their ad campaign. Looks like you’re only 994,000 short, Karens!

Undeterred, Uber Eats has released a smorgasbord of new ads reuniting the dream team of Jonathan Van Ness and Simone Biles. We are serving up two more links below, so be sure to share them with someone you love. Splitsies! 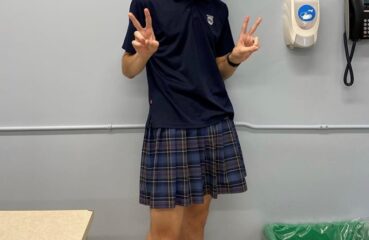 Cross-Dressing for a Cause: Oh Canada!

Identity is a confounding mix of perception and instinct. It’s easy to say, “Be yourself,” but it’s much harder to ponder what self truly means. Insecurities abound,... 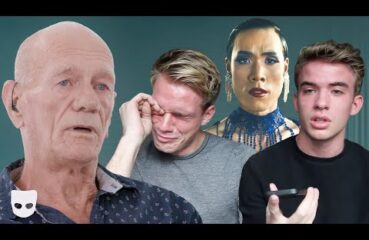 In years gone by, coming out of the closet was akin to crash-landing on an alien planet and being told to “just fit in.” Sure, you might vaguely resemble the organisms around...