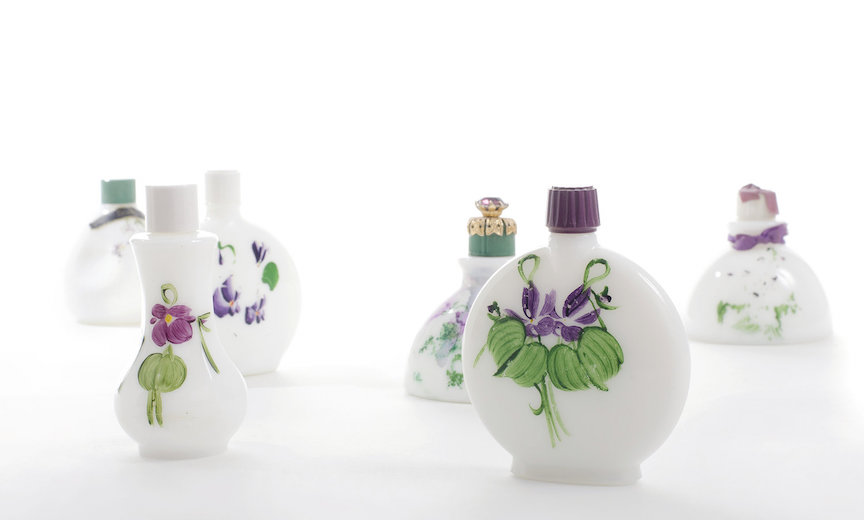 When I first met Mathew Morris, his flamboyant perfume hit my nose. It smelled like a luxury brand product, with an offensive sweetness and a slight hint of tobacco. I came to praise his perfume. He smiled, then immediately explained that he did not make it. Morris is an artist who also teaches in the painting department in the School of the Art Institute of Chicago. His art practice ranges in various forms, including paintings and drawings, installations and sculptures, performance and writings, and perfume art is his current interest.

“So, what makes you an artist?”

“I’ve grown up in a very religious family in the deep south of the United States. As a result, there was a lot of repression and things that went unsaid in my family. I was attracted to spaces in ways of working that allowed me to articulate what had been left unsaid in my experience.” As a result, mediums that “drift further away from what are easily and immediately detectable” interest Mr. Morris most, including writing, painting, and of course, perfumes.

“Unsaid things” in Morris’s life mean being gay in a religious family and bullies in childhood. He comprehends the frustration of young queer people who don’t have examples in their communities. They have to develop very sophisticated ways of preventing themselves from getting hurt.

“Before I was even making art, I was learning how to interact with power dynamics and navigate to social situations. Because I had to.”

Feeling gazed, Morris decides to expose his vulnerability as a strategy to reveal “what this world has done to him”. No matter the occasion, when Morris feels the impulse to cry, he just lets tears go. He puts up little resistance of being emotional in public. In this extreme but honest way, he evokes awareness of the struggles that are intentionally ignored by the majority.

“It seems that you are quite struggling.”

“Well, everyone is struggling. They just don’t admit it.”

When Morris was a student, black and white standards like institutional critique never interested him. In contrast, he prefers gray areas, like how people socially constructed by their experiences. He also attempts to deliver experiences of such complicated feelings. His recent exhibition of perfume is a great example. He creates a space where one might feel being compromised and intimidated. This exhibition is located in a dilapidated old factory-turned-gallery, called Julius Caesar in East Garfield Park, Chicago.

When I got there, the door was locked. So I had to call the gallery director whose number was written on the door. A sturdy man named Roland appeared and led me to the exhibition space. We walked through an alley with crumbling brick walls on either side before finally stepping into a small dim room where three people sat in a circle. One of them, Kate, revealed that each of them was wearing a kind of perfume, representing four family members of Morris: his parents and his twin brother. But she said she didn’t know the exact reference of each scent. She invited me to smell the fragrance on their wrists, necks, and foreheads.

At first, I was surprised and hesitated. I stalled by talking with them for five more minutes. Then I tried to figure out the exact ingredients in the perfumes. My body was so close to her chest that I heard her heartbeat. It must have seemed as if I was going to bite her. She smelled safe and old-fashioned, with scents of powder but also a slight twist like cheap blueberry candy. Kelly, who sat next to Kate, smelled more of vanilla and sandalwood, luscious but not at all seductive. While Josh, who seemed kind of playful, smelled more saccharine and creamier than Kelly. I also sensed a trace of tobacco (“A man who eats dessert when he is smoking? It is me!” Josh joked). And Roland, who looked the most cautious and reserved, smelled like cheap makeup with an artificial, pungent flowery scent, “Bitchy?” He laughed.

I kept making comments during the process, and they responded actively. Later I realized that I sustained my interaction with them to cover the awkwardness of close distances to their bodies. If they had been silent, I would have escaped the gallery as soon as possible. In an unfamiliar and deserted space, people’s timidity is often amplified. Some visitors would rather stand by the door than smell their body in a rigid manner. Such sudden intimacy with strangers would have constrained their desire to explore.

The exhibition reminded me of a performance by Yugoslavian artist Marina Abramowiyz (Born in 1946). She and her partner blocked the entrance of the exhibition with their nude bodies. They merely left a narrow access of the door, which meant visitors had to squeegee their bare skins tightly to enter. Just as in Morris’s installation, this work challenged the audience to experience the discomfort of breaking the safe distance to a stranger’s body in a more powerful way. And there was no room to escape.

But Mathew embraces all reactions. He leaves the dilemma there. It is acceptable for him if someone would leave the space right away. He does not consider himself active, so he doesn’t expect other people to be bold in front of some unsaid rules, either.

“I often say that my practice is working against repressions. It is to bring things up that we struggled to have language for.”

He also welcomes visitor’s interpretations. One he shared with me is that “two in his family is going to eat the other two”. He believes that it is more important for the audience to perceive works in their own ways, instead of figuring out his own personal memories of family members. There are vast possibilities in perfume art. People smell differently even though they wear the same perfume, and each perfume smells differently to everyone. Sense of smell is always a personal and subjective matter- it may be the reason why olfactory art is marginalized in mainstream art world. But it is all the controversy that fascinates Morris.

Morris first used scent in his art practice in 2008. He broke a bottle of perfume at the opening of his exhibition in Evanston, which located in the far north of Chicago. Galleries there get few visitors. So for the most times, people found them on their own. This condition enabled the audience to perceive the environment with more personal feelings. By using the perfume, Morris brought in the effect of scent to the space. He then began a custom of breaking a perfume bottle during every opening of his show.

The current most famous perfume artist, Peter De Cupere, once claimed that when people walked into an installation with scent, their body started to react and they cannot hide. His sculpture “Tree Virus” featured stinky smell of peppermint and black pepper, which had an obvious impact on the audience, as he expected.

But Morris’s idea is more close to Avant Garde artists at the early phase of the 20th century that strove for “synaesthesia”, an interplay of multiple sensory inputs. They explored and expanded the five human’s five senses (even a sixth) in their art, as an experimental attempt to digest multiple resources of inspirations. However, impacted by the World War II, those delicate but ephemeral movements in art world have disappeared along with the golden ages. When artist eventually attained the freedom of creating, movements with the idea “art for art sake” which actually struggled for this issue was no longer important.

Mathew agrees that his exploration is sort of “art for art sake”. He tends to use ambiguous words to describe his work, like tenderness, intimacy, attachment, and melancholy. “There is bitter-sweetness in my practice, and I can see that many years went on.” His other recent perfume works have been inspired by three sex experiences in a building. He adopts the smell of juicy fruits like peach and cherry to symbolize a young flesh’s tight butt and sweet cheek. It sounds erotic, maybe even transgressigve. But I believe it has its own value. If art represents freedom, it should not only be the weapon for the strong and powerful warriors, but also the refuge for the sensitive and vulnerable.

Perfume is scent that disappears, and Morris’s work is so much about what is lost. 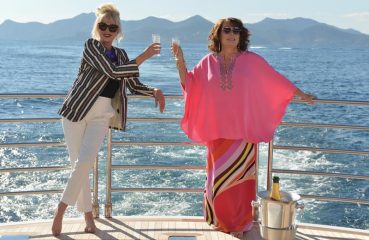 Discovering the Ladies of “Absolutely Fabulous” with a Born-Again Christian 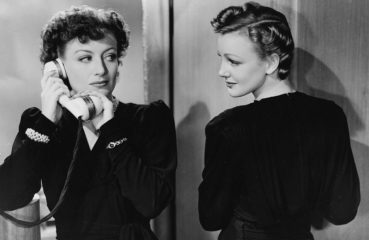 It’s an oft-repeated phrase. It’s so ingrained into the culture of relationships and breakups, that it’s become a cliché. I remember when I first heard one of the...