An Interview with “Gotham’s” Victoria Cartagena 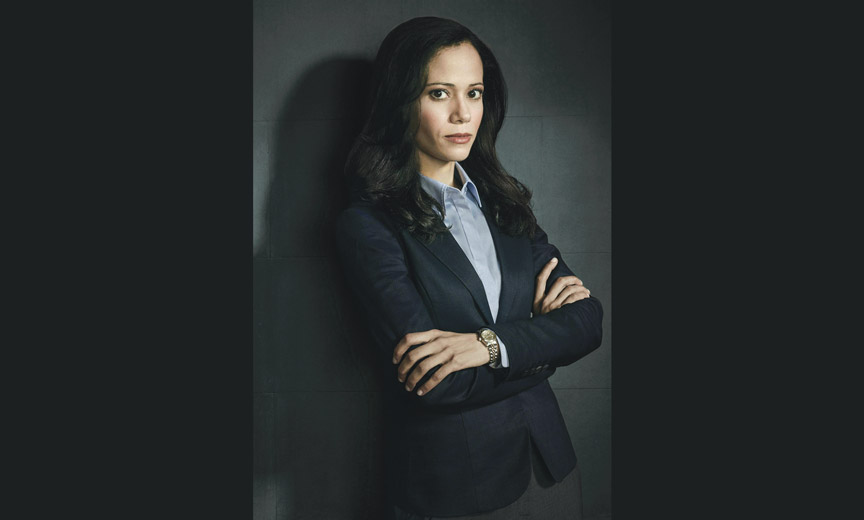 Victoria Cartagena talks about Gotham, her audition process, tweeting with fans, growing up in Philadelphia and walking in heels in New York City.

METROSOURCE: Are there any other comics that you’ve been turned onto since being part of Gotham?
VICTORIA CARTAGENA: I’m looking forward to Orphan Black, which is one of my favorite shows. They’re actually starting a comic: I think it’s coming out early next year, so I’m really excited about that.

What was it like auditioning for the show?
It was the usual process. I went in for the audition. Then I got a callback, and I was totally expecting to go through a whole other round of auditions, but I was really fortunate that after the callback they offered me a part. I didn’t have to go through that whole grueling process of going to after audition after audition. I was over the moon about it. Then three months after doing the pilot they called and were like, “Hey, you’ve been promoted to series regular.” And, I was just like, “Oh. My. God.” I’ve been on cloud nine for months. It was amazing.

What’s it like interacting with the huge fan base surrounding the series?
I’m new to Twitter … and I noticed that [even] before the show started, a lot of the followers that I had weren’t because of me, they were Renee Montoya fans, and they are so amazing. I think it’s actually my favorite part [of the experience]: connecting with them. They are so loyal, protective, and supportive. So I tweet a lot. I tweet along with the show [when it airs]. I was doing live-tweeting with the UK show last week when they had the rerun of the pilot. I try to read all the tweets, and I may not be able to answer them all, but I try and favorite them all. The way I look at it: First and foremost, I’m a fan. I know what it’s like to be an uber-fan or a fangirl — whatever the kids call it these days. I know what it’s like to meet someone for the first time who shares the same passions or likes something that you do: Your eyes both light up, and you’re like talking about it, and you’re like “Oh my god! And this! And this! And this!” It’s like this big love that you have. … It’s amazing to be able to come together and discuss the show and the character. It’s a great fan club that they’ve allowed me to be a part of.

For you, what was the best thing about growing up in Philadelphia?
For me, really, it’s my family. We lived, basically, right around the corner from each other and in Latino culture, first cousins are like your siblings. So I grew up on one block, my grandmother was around the corner, my aunt lived a block away, and my uncle’s there. We all grew up together. But the best part about Philly. Hmmm… the cheesesteaks. Does everyone say that? But, it’s true.

They’re so good.
Have you had them?

Yeah, when I was down in Philly a friend brought me to this hole-in-the-wall, but it was so good.
You know what the funny thing is: the places people don’t know about are actually better than the main places. So, glad you went to a hole-in-the-wall.

Isn’t it the same way with pizza in New York?
Exactly! I don’t like the fast food pizza. It has to be neighborhood pizza or we’re through.

When did you move to New York?
I moved in October 2000. I’m sort of an honorary New Yorker now, right?

You can call yourself a New Yorker after you’ve been here for ten years. So, you’re definitely a New Yorker.
Oh, good good good.

What was it like when you moved to New York?
New York and Philly are both walking cities. But, I was really aware of the fact that you really do a lot of walking. I used to wear heels all the time, trying to be cute. But when I moved here, I was like, “Oh, hell no!” Because everyone walks everywhere. So, I remember getting into flats very, very quickly. And, I just admired the fact that it’s such a melting pot. I met so many people from everywhere, from different places, and I could appreciate that. I loved it. For me, I just feel like it’s the greatest city in the world. And, I wouldn’t want to live anywhere else. But I love Philly. I want put that out there, ‘cause I don’t want anyone to be mad.

Do you have advice for any actors who starting out?
Stick to it. A lot of this business is luck. I was in a class of sixteen amazingly, brilliant, talented people, but for some reason I got lucky enough to be able to do this on a professional level. A lot of this has to do with just sticking to it. There were times I wanted to quit but I stuck with it. Something wouldn’t let me walk away. You need to be fully committed to it because it’s a journey, and I’m still on this journey. Just because I’m on Gotham now, doesn’t mean it doesn’t continue. It continues. 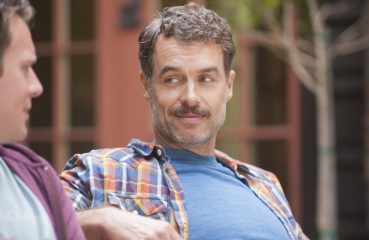 How Murray Bartlett Ended Up a Gay Sex Symbol on “Looking”

We talk to actor Murray Bartlett about playing the show’s resident sex symbol Dom about the world of Looking – including his character’s signature ‘stache. Meeting...

Anyone with eyes can tell you it’s a good time for LGBT representation on TV. The 2014–2015 season has welcomed exciting new additions such as How To Get Away with Murder’s...