The video is a simple rendition of the carol, layering by verse before tapering to pleasant a capella vocals. It was shot by Bill Blank at the Marigny Opera House in New Orleans.

Additionally, it was edited by Randy Rainbow, who exercised restraint by not inserting soundbites of Patti LuPone rants into the traditional hymn.

Well-Strung (Edmund Bagnell, Christopher Marchant, Daniel Shevlin and Trevor Wadleigh) was featured (“Strings of My Heart”) on a 2014 cover of Metrosource. The four out string players reinvent and infuse pop and classical music. Their second album, POPssical, was released this past October. 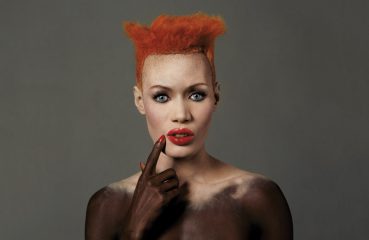 For Changing Her Mind… Over a decades-long career, Grace Jones has embraced change: she rose to prominence as a model on both the catwalks of New York and Paris, and the...