We Get Down and Dirty with Nasty Pig CEO David Lauterstein 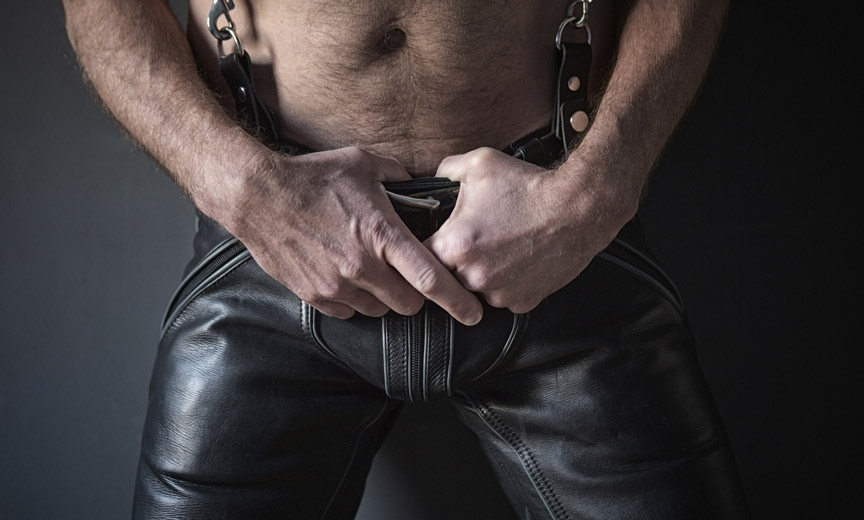 David Lauterstein fancies himself a poet.

He’s also the CEO of Nasty Pig and presides over one the most recognizable gay men’s gear brands in the world today. In conversation, he can be as provocative as the boundary-pushing clothing designs on display at his store in Chelsea. Our chat with him is candid and wide-ranging, with Lauterstein more than happy to push back on a variety of topics. And whether you’re gay because you love men or because you’re a man who relishes sex with other men, you won’t walk away from a discussion with him wondering where he stands on the topic.

As Rich Dad Poor Dad author Robert Kiyosaki likes to say, “If two people in a room have the same opinion, one of them is unnecessary.”

Metrosource: Let’s begin with how Nasty Pig launched and how the brand has evolved visually since then.

David Lauterstein: Nasty Pig was this dream that Frederick and I had in 1994 to create a culture brand that spoke to the queer community. I was raised in New York City on hip-hop and house music and lived my style in the early streetwear scene. Those brands didn’t just make clothing, they said things about the cultures they represented. The good, the bad, the ugly and the beautiful. We went from making one-of-a-kinds for the then vibrant NYC underground club scene to becoming a fully fleshed out line of clothing, but the core energy of what we are about has not evolved one bit. We are exactly who we have always been. It took a long time for queer culture to embrace us … but Ive always been very patient with making my dreams come true.

Most of your business is online. Is it difficult in this day and age to run a brick-and-mortar store?

Lauterstein: Running a physical store isn’t difficult … it’s just different. If you think of a brick and mortar store as a place for people to buy things so you can make money you’re on your way out of business, if you’re not gone already. But that idea of retail was dead long before Amazon. It just took Amazon to put the nail in the coffin. A retail space is a place for people to get to know who you are and what you are about. It’s your three dimensional energy. We started with a tiny store for just that purpose. The money you make is a byproduct of the energy you create, not the goods you sell.


Is there a typical Nasty Pig customer? Someone you can describe?

Lauterstein: I think there are different types of people who like us for different reasons, but a common thread seems to be that they are nice guys. I get to meet them when they come to NYC and I’m around the store. They are so genuine in their appreciation of what we do. I’m very big on being nice. There’s nothing sexy about being an ass.

Are there assumptions about you or your clientele that people make? What are they, and do you care enough to try to set them straight (so to speak) or do you just let them think what they will?

Lauterstein: Some people think that because our clothing is made by queer people for queer people it’s garbage, but our gear is impeccably constructed and detailed. We spend a year designing each garment. What’s hilarious is that some of our biggest fans are designers from major houses and people who love fashion. We get so much love from the design industry. The people who hate on us are from our own community, but we were hated by our own kind since we started. Being a sexually-forward gay brand in 1994 was extremely unpopular. Do I want to set them straight 24 years later? Not really. I’d much rather spend my creative energy on the people who love us. They deserve it. If you think Nasty Pig is just tacky gay circuit clothing then get back to posting memes about wanting children instead of going out dancing.

As much as Rufskin, you seem to be selling a lifestyle as much as a clothing line. Would you agree, and what is that lifestyle, exactly?

Lauterstein: We sell products, but we aren’t selling a lifestyle. We serve culture. We give people something they can sink their teeth into, not branded toothpaste with which to polish them. The idea of a lifestyle brand is so hokey. Culture: that excites me.

Where do your design ideas come from? I’m sure everywhere, but more from imagination? Research? Being out and about at circuit parties?

Lauterstein: Definitely not from being out at circuit parties because I’ve never really been to most of them! Our aesthetic comes from our Creative Director, Frederick Kearney, who is also my husband. Frederick is a pure artist. He lives in the present tense and absorbs everything he sees. He pulls tiny details from from architecture and movies and art and even instruction manuals. He constantly reads fucking INSTRUCTIONS! He’s obsessed with learning about how things work. It’s a remarkable trait that I’ve never encountered in another human being. He pushes us to be great.

You’ve written that being out, proud and gay is about having sex with people of the same gender. Others would say that it’s about who you love, not who you have sex with. Is that a distinction without a difference?

Lauterstein: Let’s get real: This question stems from you calling me out on a letter to my customers that I e-mailed them last summer. I never said that being out, proud and gay is about having sex with people of the same gender. I said that what makes me gay is having sex with people of the same sex so I do so with joy and I encouraged my readers to rejoice in their sexuality as well. I think I just pushed a button in you. Maybe you feel that defining gay people by our sexual preference somehow demeans us; that we are more than just sex. And I couldn’t agree more.

But to polarize sex by bringing up love is really a nugget of giving a crap how society judges us swaddled in blanket of kumbaya. Im gay because I have sex with men. Hard stop. I love it. Give it sound, honey. To say that what makes me gay is who I love? I don’t get that. I love my Mom. Does that make me gay? I love my best friend Lee, who happens to be straight. Does that make me gay? I love Ebony the barista at Starbucks on 35th and 8th cuz that bitch is an effing show, but does that make me gay? No. Let’s not allow heteronormative society to push the love vs. sex paradigm on us. They’ve done enough damage to themselves with that nonsense already. They need to learn from us right now.

When you see someone like Adam Rippon show up at the Academy Awards wearing a leather harness, what do you think? Will fetish wear ever become mainstream or be co-opted? Isn’t that something you’d like to avoid?

Lauterstein: I cannot tell you the number of people in the industry who reached out to us after that moment and congratulated Nasty Pig for its influence on fashion. Maybe not congratulate; more like they affirmed the big unnoticed impact we have had on fusing fetish into fashion for the past couple of decades. But truth be told, that’s nothing new. My idol Thierry Mugler is the master. When we started Nasty Pig, he became a fan and a customer and I just followed his lead. He loved how we infused uncensored fetish into style. We were just the first to do it with men as opposed to women.

Can you step back to see how far the designs have come over the last 15 or 20 years and predict where they might go?

Lauterstein: We’ve been designing for 24 years. We’ve literally designed thousands of styles. It’s incredible to think about. Last spring, I saw a guy wearing a shirt we made in 1996 and it brought me to tears. Nasty Pig has been a powerful journey. As for where we might go, well that happens to be the theme of our Fall 2019 collection that we just finished designing. It’s our 25th anniversary collection so we are looking forward and it just feels … so good. 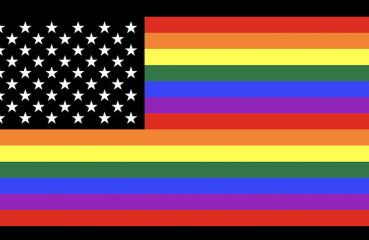 Supporters of the Equality Act have spent the last few hours congratulating themselves. They should get over it. The legislation passed Friday by the House seeks to protect LGBTQ... 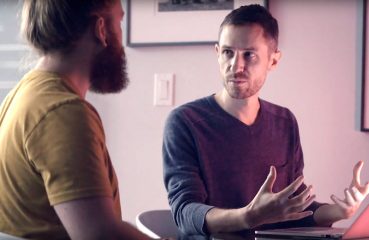 Scruff CEO: App Users Have a Right to Privacy Protections

Just as dating apps changed the way men connect, laws and consumer pressure is changing the way apps work to protect their user base. According to Scruff CEO Eric Sliverberg,...