We Have Big Love for ‘The Little Schitts’

Understatement alert: we (heart emoji) Schitt’s Creek. It presented viewers with a sitcom universe in which the queer characters were the sanest amongst a sea of fishes-out-of-water.

And yet, the Creek never sanitized gay sex. Instead, the show acknowledged our foibles and fornications openly. The pinnacle of Schitt’s pitch-perfectness came (pun intended) when David got an unexpectedly happy ending during his pre-wedding massage.

Watch the waterworks below:

Oh, did we mention that a stop-motion artist has recreated his fave scenes from the series using toys in place of the Rose family?

Yup, get ready for a brand new obsession, because The Little Schitts have won the internet. British Columbia native Todd Cameron celebrates the sublime splendor of Moira, Johnny, Mutt, Patrick, Stevie and the gang with vignettes that will tug at your heartstrings as they simultaneously tickle your funny bone (to mangle a medical metaphor).

Cameron’s fame has spilled across the Canadian border and into the limelight, catching the attention of the show’s Emmy-winning cast. When the animated version of A Little Bit Alexis went viral, Dan Levy himself tweeted this two-word review: “A masterpiece.”

So, where does Cameron go from there?

The answer: to Netflix, of course.

The juggernaut streaming service has enlisted the artist’s talent in promoting their original properties via feisty, adorbsies miniatures.

“I had no idea it would turn into the start of a career,” Cameron admits to The Today Show. “I was just someone who did silly, fun projects to make people laugh.”

But now, he’s laughing all the way to the bank.

“To have Netflix come knocking on my door and have people really from all over the world engaging in my Instagram and sending me messages… It’s really, really heartwarming to have a phenomenon like this.”

Congratulations, Todd Cameron. We are so overcome with emotion that we may start crying like a bébé. 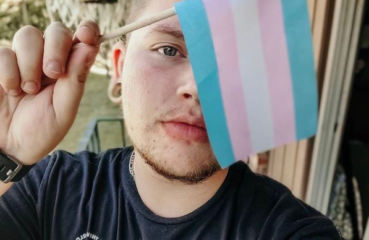 If You’ve Got It, Flavnt It

Put your money where you mission statement is. That’s the philosophy driving Flavnt Streetwear, the LGBTQ-owned Austin, TX design company that gives back gorgeously to the gay... 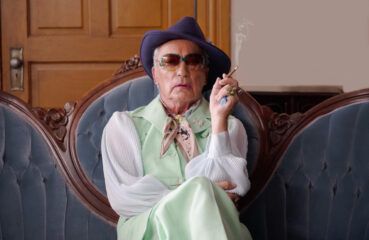 Legendary actor Udo Kier stars as retired hairdresser Pat Pitsenbarger, who escapes the confines of his small-town Sandusky, Ohio nursing home after learning of his former...