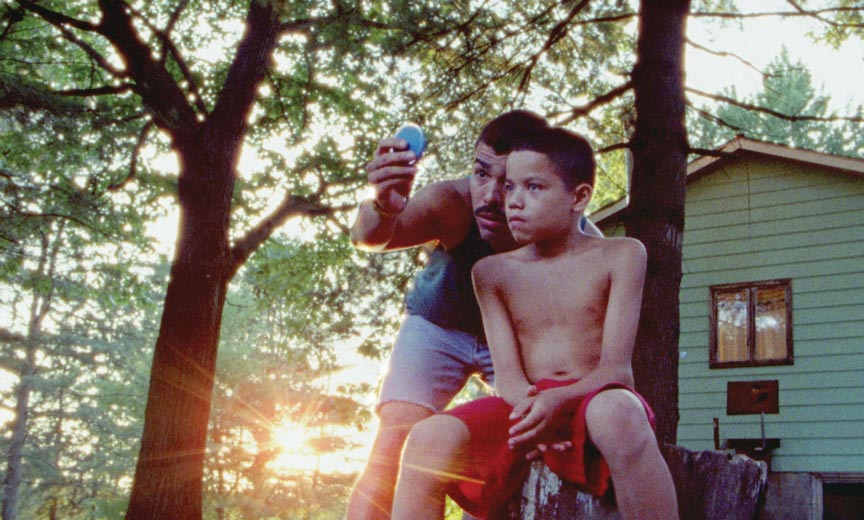 Image courtesy of The Orchard

Here’s a dreamy drift through the troubled Childhood of a boy with a secret as he tries to understand the adult world and his place within it. Based on author Justin Torres’ autobiographical first novel, this adaptation by freshman feature director Jeremiah Zagar follows Joel and his two brothers as they grow up in the turbulent wake of their parents’ personal struggles. Joel and his brothers would seem to be the titular animals, ranging around their rural landscape, sometimes in search of their own dinner. Torres’ spare and haunting words float in as narration more often than the characters actually talk, resulting in a visually meditative film with a highly poetic feel. The camera’s eye is effectively and consistently like that of a child’s — viewing the ordinary world and its small dramas with wonder and dread. The sensation of familial love and connection is as strong as the feeling that it’s also falling apart. Father grows violent with mother, leaves and then returns. She dreams of escape. He loses his job. And as his brothers are growing into Puerto Rican men like their father, Joel is busy drawing his dreams into a secret book, his mind crawling through uncertainty and towards his own strange future. Kudos to casting: the three boys truly look like brothers, and newcomer Josiah Gabriel makes a fitting avatar for Torres, while — as the parents — Raúl Castillo (Looking, Seven Seconds) and Sheila Vand (Argo) fill their roles with the ordinary mystery inherent in how small children see their parents. THE WORD: A haunting, 90-minute trip through a childhood that will be familiar to a great many of us. COMING TO: Theaters