Wed in the World: Marriage Equality News from Malta to Tinian

There’s good news on the islands of Malta and Tinian, progress in Germany and continued inequality in Lithuania and Russia.

The government of Malta, an archipelago in the central Mediterranean between Sicily and the North African coast, banned discrimination against sexual orientation and gender identity in 2004 and became the first country in the EU to ban conversion therapy. The government of Malta, led by President Marie-Louise Coleiro Preca, has announced they will push for more civil rights in her second term — including marriage equality.

The lower house of the German Parliament voted to legalize same-sex marriage with 393 votes in favor and 226 in opposition. Prominent German political figures such as former European Parliament President Martin Schulz have pushed for marriage equality, and though Chancellor Angela Merkel has been outspoken against marriage equality (and voted against it), her stance softened as the nation’s Social Democrat coalition stepped up their support.
The news follows close on the heels of a vote to pardon and compensate over 50,000 gay men convicted under the nation’s criminalization of homosexuality. Under the so-called “Paragraph 175” statutes, in effect from 1871 to 1994, over 100,000 gay men became involved in legal proceedings related to their alleged sexual orientation.

Patriarch Kirill, a close supporter of Russian President Vladimir Putin, publicly stated that laws legalizing same-sex marriage are just as immoral as laws passed by Nazi Germany. The Moscow Times reported Kirill as saying, “So-called homosexual marriages threaten family values.” Back in 2013 Kirill also stated that legally recognizing same-sex marriage is a “dangerous sign of the apocalypse.” In his highly anticipated interview with Oliver Stone, Putin states that it is his “duty” to prevent gay people from getting married because “God has decided.”

Predominantly Catholic Lithuania decriminalized homosexuality in 1993, but it faces a long road to marriage equality. Seimas, the Lithuanian parliament, rejected a proposal to legalize same-sex partnerships in June of 2017. While 29 Seimas members voted in support of equality, 59 voted against and 20 abstained. The nation had previously confronted same-sex marriage issues when their Migration Department refused to issue a temporary residence permit to the husband of a Lithuanian man.

Tinian, a tiny island in the Northern Marianas, held their first same-sex marriage this summer. Tinian mayor Joey San Nicolas officiated, marrying Jonathan San Nicholas and Raymond Sablan in a grand ceremony June 24 on the shores of Tinian’s Kammer Beach. “I am honored to be officiating this wedding ceremony as it is also a historic event for our beautiful island,” said San Nicolas. “It gives me great pleasure to be here in support of the newlyweds and the right for all couples to be joined in marriage. This is truly a huge step for our LGBT community members. We are happy for our newly married couple and their families and wish them a beautiful new life together.”

Read the last Wed in the World 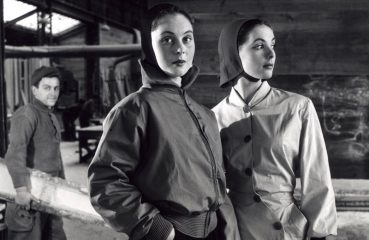 By Robert Doisneau | Flammarion; $60 Robert Doisneau was a 20th Century visionary. His photography both elevated magazine work to the level of art, while also creating immortal... 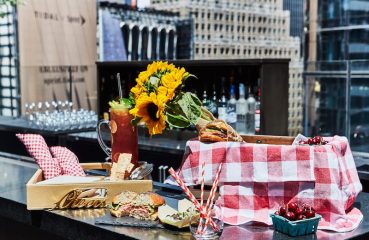 Picnic Like a Gatsby at New York’s Knickerbocker Hotel

The Knickerbocker, situated in the center of the universe on Broadway and 42nd Street, reopened its doors in February 2015 as the only five-star hotel in Times Square. Jacob Astor...