Dressing Daughter Poppy Is a Challenge for Designer Jeremiah Brent

It was a beautiful summer morning in SoHo and amidst the upscale bustle of Mercer Kitchen. Jeremiah Brent was seated across from me — sipping the last of his iced coffee and preparing to finish up our interview and rejoin husband Nate Berkus. Plans for the day included continuing preparations for attending that evening’s Council of Fashion Designers of America Awards.

Even if he wasn’t heading to the CFDA Awards, Brent has had fashion on the brain throughout our conversation, during which we talked both about Brent’s work with Rachel Zoe (which you can read about in our interview) and his own striped sweater — which he worries may have shrunk from washing but I insist fits him perfectly. (What do you think, Metrosourcerers?)

So it should be no surprise that — when I ask if Brent whether he would mind answering one more question (this time on camera) about something we’d yet to talk about, his mind instantly goes to the topic of getting his adorable daughter Poppy to say yes to a dress (or an outfit of any kind, really) now that she has reached the age often referred to as the “terrible twos”.

You might figure that the daughter of a man who has helped dress some of the world’s most glamorous women for premieres and red carpet events would leave the fashion decisions up to her dad. But Poppy Brent-Berkus has not quite reached the age at which she can appreciate her father’s expertise, and she seems to have already developed a mind of her own on the subject.

In our exclusive video, Brent discusses the fatherly frustration of hearing “No!” when he is trying to dress Poppy and her current favorite outfit (which may or may not resemble Sarah Jessica Parker in the opening credits of “Sex and the City”). But, whatever the challenges, Brent says: “I didn’t realize how much fun I would have dressing my daughter. It’s a blast.” 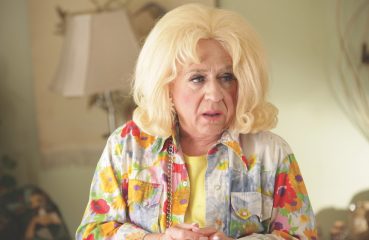 Leslie Jordan Spills the Tea on His Favorite Roles

You know him as the Tammy Wynette obsessed cross-dressing gay inpatient from the Sordid Lives series. Karen Walker finally met her match when she was confronted by his catty... 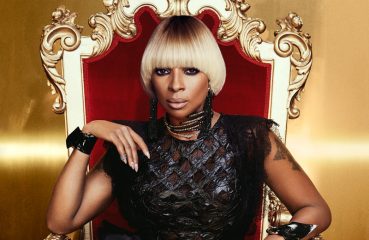 Mary J. Blige Survives Divorce with the “Strength of a Woman”

Mary J. Blige Strength of a Woman (Capitol Records) The legendary R&B diva returns with her 13th studio album, which chronicles her recent divorce from her longtime manager...