What A Night For LGBTQ Representation at The Oscars….And the Inclusion Goes To… 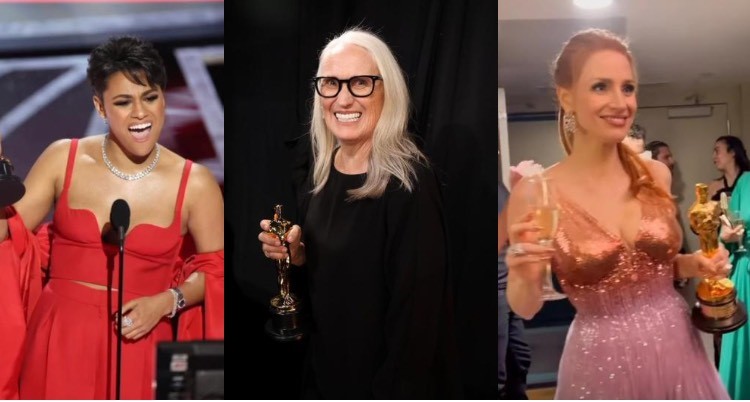 Remember when Sam Elliott went on a homophobic, misogynistic rant against The Power of the Dog?

Yeah, neither do we.

The Academy issued a resounding “Sam who?” by honoring Jane Campion with their top directing prize for her heartbreaking work on the aforementioned gay cowboy epic. Westerns are a traditionally male (toxic) dominated genre, but The Power of the Dog became an antidote to that toxicity. Its characters counter violence and the threat thereof with creativity and good ol’ fashioned queerness.

Before winning the Directors Guild Award, Campion fired back at Elliott, telling Variety, “I’m sorry, he was being a little bit of a B-I-T-C-H. He’s not a cowboy; he’s an actor.”

“The West is a mythic space and there’s a lot of room on the range. I think it’s a little bit sexist.”

To add icing to the cornbread cake, Campion accepted her Oscar by thanking presenter Kevin Costner and calling him “very dramatic.”

The shade is strong with this one.

But optimism also reigned with the queens of the Academy court. The three female hosts set the tone of the night by chanting “Gay, gay, gay!” in response to Florida’s… everything.

The tone shifted effortlessly from guffaws to awws when Ariana DeBose delivered her tear-jerking declaration of identity and actualization.

“Imagine this little girl in the back seat of a white Ford Focus. You look into her eyes, you see an openly queer woman of color, an Afro Latina, who found her strength in life through art. And that’s what I believe we’re here to celebrate.”

The Best Supporting Actress winner continued, “So to anybody who’s ever questioned your identity ever, ever, ever or you find yourself living in the gray spaces, I promise you this: There is indeed a place for us.”

The gay heavens ignited with a pink glow as Sondheim music embraced the cosmos.

And then, the Best Actress victor kept the LGBTQ+ love flowing.

“We’re faced with discriminatory and bigoted legislation that is sweeping our country with the only goal of further dividing us,” preached Jessica Chastain. “There’s violence and hate crimes being perpetuated on innocent civilians all over the world… And for any of you out there who do in fact feel hopeless or alone, I just want you to know that you are unconditionally loved for the uniqueness that is you.”

The women and gays had a great night, despite the histrionics of those two straight men who slapped their way into infamy. To them, we merely channel our inner Campion/champion and coo, “Very dramatic.” 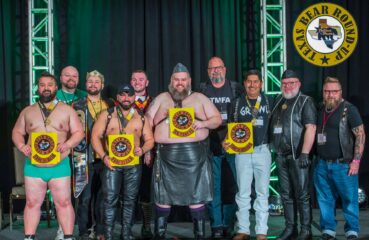 Who wants to fondle a go-go god’s underwear whilst simultaneously giving back to essential charities that benefit the LGBTQ+ community? the internet explodes Yaas, it’s true:... 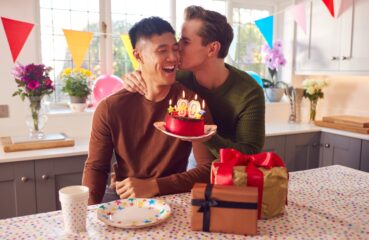 What’s the point of finally, finally getting to be exactly who you are, only to be treated like everyone else?  No one wants that.  Everyone deserves to shine out and be seen...