Gay Shows: The Best Queer and LGBT Content on Here TV This Week 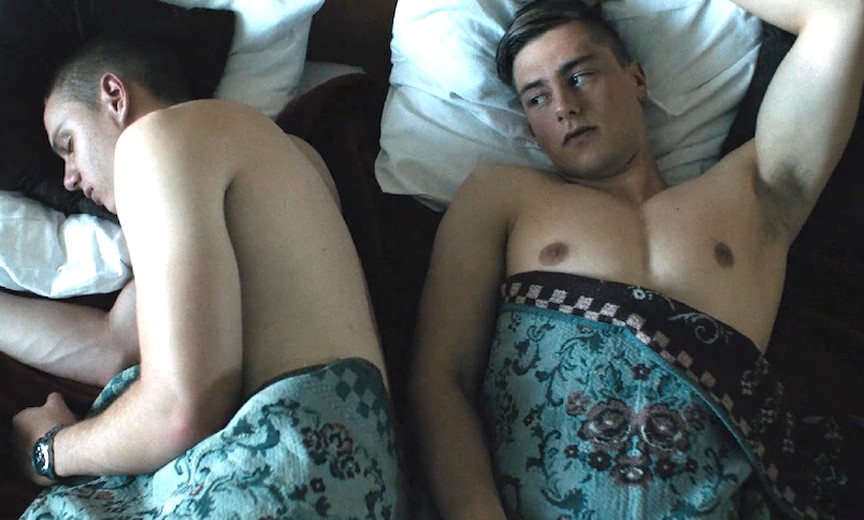 Gay TV programming isn’t always easy to find. So, just as other streaming services provide notifications about what’s available from them, we’re providing an update of the best gay content on Here TV.

Have a look at what’s new on the streaming service:

Bashment: A group of reggae performers beat gay people at a competition and serve light sentences after they blame their actions on the victims. As their release date looms, their original public defender and the victims examine their homophobic lyrics.

Into the Mirror: After leaving his father to move to London, a young man discovers the city’s drag hotspots, changing his life in ways he never expected. Exclusive to Here TV.

Leitis in Waiting: A portrait of Joey Mataele, the leader of an intrepid group of leitis, or indigenous transgender women, that is fighting a rising tide of religious fundamentalism and intolerance in the South Pacific kingdom of Tonga. Exclusive to Here TV.

Brief Story from the Green Planet: Three queer friends travel across Argentina to bring an extraterrestrial back to its place of origin. Winner of the 2019 Teddy Award for Best LGBTQ film. Exclusive to Here TV.

Consequences: After being sent to a youth detention center, 18-year-old Andrej has to fight for his place within the group of inmates while getting closer to Zeljko, their informal leader, and struggling to keep his repressed secret in the dark. This is the first LGBTQ film from Slovenia. Exclusive to Here TV.

KA Bodyscapes: Three young people; a gay painter, a rural kabaddi player and their friend Sia, an activist who refuse to conform to dominant norms of femininity, struggle to find space and happiness in a conservative Indian City. Originally banned in India for “glorifying homosexuality.”

Miles: High school senior Miles Walton, whose mother is left broke after his father passes away, causes an uproar in his small Illinois town when he discovers an unusual college scholarship loophole that allows him to join the girls’ volleyball team.

People Like Us (Season 2): The series returns with Joel, Ridzwan, Rai and Isaac as they seek love, happiness and acceptance as gay Singaporeans. Season two picks up with Joel and Ridzwan’s budding romance, Isaac’s decadent lifestyle and Rai finally meeting someone special who plays hard to get. Will it be happily ever after? Exclusive to Here TV.

Underground: Palm Springs – Host Charlie Harding shows you what to see, where to eat and where to go out for fun while providing historical context on how Palm Springs became a safe haven for the LGBTQ+ community.

Walk Like A Man: Crash into two of the world’s best gay rugby teams as they prepare to battle in The Bingham Cup, named for 9/11 hero Mark Bingham.

Hidden Kisses: A newcomer in high school falls in love with a boy in his class, but a storm overtakes their lives after a photo of them kissing gets posted online.

Read Next | Are These Hollywood’s Worst LGBTQ Portrayals Ever?

That Man: Peter Berlin: In the 1970s, Peter Berlin became internationally famous as the man who preferred to become the walking embodyment of gay sex rather than to have it. (See our bio here.) In this intimate, classic film, Filmmaker Jim Tushinski traces Berlin’s life as the gay poster boy for the hedonistic and sexually liberated 1970s. Exclusive to Here TV.

After Stonewall: The sequel to Before Stonewall, this new film chronicles the history of lesbian and gay life from the riots at Stonewall to the end of the century. Narrated by Melissa Etheridge, it captures the hard work, struggles, tragic defeats and exciting victories experienced during this time, and it explores how AIDS dramatically changed the direction of the movement.

A Queer Country: Dive into Israel’s buzzing LGBTQ community in Tel Aviv and the true story of how it came into being. Exclusive to Here TV.

Where the Bears Are (Season 1, 2, 3, 4, 5 and 6): Murder hits close to home when a party crasher keels over from a glass of poisoned champagne at Nelson and Todd’s wedding shower, kicking off another murder investigation in the sixth feature film of this worldwide hit comedy mystery series.

Upstairs Inferno: On June 24, 1973, the UpStairs Lounge in New Orleans is deliberately set on fire, resulting in one of the largest mass murder of gay people in U.S. history. Exclusive to Here TV.

Queercore: How to Punk a Revolution: The history of the cultural and social movement that began as an offshoot of punk.

The Breeding: A young cartoonist’s obsession with a taboo fetish leads to life-altering consequences.

What Do You Know?: Six to twelve-year-olds talk about gays and lesbians in this award-winning doc produced by HRC.

Voguing: The Message: A pre-Madonna primer that raises questions about race, sex and subcultural style, tracing the roots of this gay Black and Latino dance form, which appropriates and plays with poses and images from mainstream fashion.

Walk for Me: A conflicted teenager is torn between their devotion to their mother and their desire to be their authentic self.

Fun In Boy Shorts: Pride burnout? General malaise? We can fix that! (Well, for an hour or so…) Our sampler of upbeat shorts features half a dozen bite-size mood elevators, each with a different flavor of sweet-tart goodness to lift your spirits and warm your heart. Exclusive to Here TV.

Passing: This documentary profiles the lives of three men of color who have undergone gender transition from female to male. Exclusive to Here TV.

Here TV is actively involved in the LGBT community and offers sponsorship to yearly events such as gay pride events and film festivals, as well as supporting a number of community organizations. In 2013, the service’s programming also became available on the YouTube paid channels. 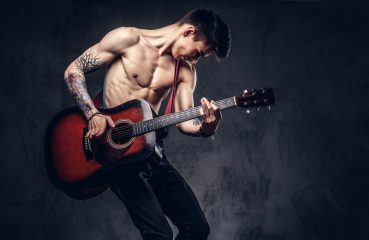 What are the 5 movie music moments of 2019 you need to see? It was a banner year for standout song performances in award-worthy feature films. These often arose from the most... 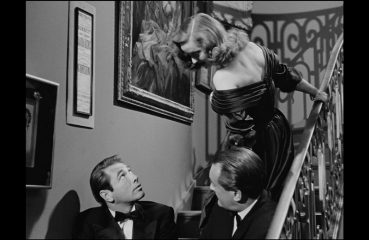 “All About Eve”: This Gay Camp Classic Just Got Better

“I’m so happy you’re happy.” It’s one of Bette Davis’ most famous acerbic responses from the 1950 classic All About Eve. Ever quoted this — or one of...