Wherever You Go, There You Are in Yellow House

In a powerful novel about the epidemic in the ‘80s, a professor learns that he can’t just move away from AIDS.


By Scott A. Kramer, LCSW-R The Rise and Fall of the Yellow House is an important addition to HIV-related literature, in which author John Whittier Treat takes us on a fictional, continent-crossing journey during the early days of AIDS.

It’s 1983, and the reader follows Yale professor Jeff as he moves from New York City to Seattle in an effort to escape the epidemic. He soon realizes AIDS has already arrived in his new home. As Jeff settles into a new life, he meets a younger man named Henry. While they are different in many ways, they are also brought closer by love and the obstacles that they face together. They also meet and move in with the middle-aged Nan, a woman who uses her house to help gay men in crisis.

Though The Rise and Fall of the Yellow House is Treat’s first novel, he skillfully uses language and imagery to transport readers back to common events of that horrifying time. He writes: “Jeff used the index fingers of both hands to probe under his jaw. Something definitely felt swollen, and he deployed his fingers to define the lump, so smooth and round and potentially prophetic.” So many people went through this exact experience — feeling their bulging lymph nodes, knowing what must be wrong, hoping against hope that they would live. How does The Rise and Fall of the Yellow House differentiate itself from other novels about the early days of AIDS? First of all, so much fiction and non-fiction literature about the epidemic during this time tends to be focused on gay meccas like New York and San Francisco. It’s interesting to see this kind of story set in a different city (Seattle) and that it begins with the mistaken idea that AIDS might be geographically escapable. It’s also worth noting that the thoughts and dialogue of Jeff, Henry, Nan and the supporting characters are so realistic that it’s hard to believe they aren’t real people. The Rise and Fall of the Yellow House is available from Big Table Publishing Company. 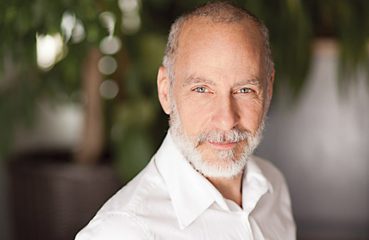 Being Poz Is No Longer A Threat to Longevity

It’s great news that more people living with HIV are living longer lives! Those who are diagnosed soon after infection and can obtain and continue medication with a suppressed...