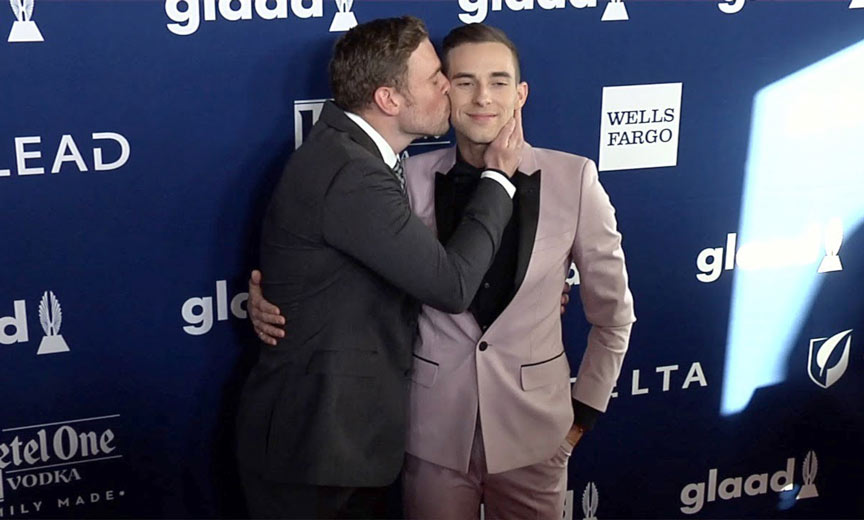 There’s not much joy at 1600 Pennsylvania Ave. just now, and a pair of Olympians only added to the misery. Plus, do you hate your gay voice? And the trans ban under fire.

As they had repeatedly stateed, both Gus Kenworthy and Adam Rippon took a pass on their invitation to visit to the White House as part of the U.S. Olympic team Friday.

Rather than visit the home of the current Oval Office occupant, Rippon said he’d make donations to GLAAD, the Red Cross and Planned Parenthood.

In a tweet, Rippon wrote that “Olympians from the 2018 Games have been invited to go to the White House today. I will not be going. I will not stand with people who discriminate against those that they perceive as different. In lieu of going to DC, I have donated to a few of my favorite causes. If you want to join me and you’re able to give a little, go for it!,” he cajoled. “I think when we’re able to help each other out and do what we can to lift each other up, that’s when we’re truly making America great.”

Gus Kenworthy joined in from his own Twitter account, writing: “All US Olympians and Paralympians are invited to visit the White House and meet the President after the Games. Today is this year’s visit and USOC spokesperson says he’s never seen so many athletes turn down their invites. The resistance is real.”

Those not in attendance also included Chloe Kim, Erin Hamlin and Lindsey Vonn.

According to a just-released study in the Journal of the International Society for the Study of Individual Differences, gay men oftentimes lower their voices at initial encounters in order to appear more masculine. Just as straight women sort taller and beefier guys out of some primordial desire to find protectors and resource providers, gay men prefer more masculine voices — at least by way of saying hello for the first time.

Researchers at three institutions, including the University of Padua in Italy, the University of Surrey in England, and Instituto Universitario in Portugal interviewed nearly 250 respondents (including straights, lesbians and gays) and discovered sexual orientation also affects the way people introduce themselves vocally.

The survey concludes that more than any other group, heterosexual men prefer their sexuality telegraphed instantly upon first meeting. The inverse is true for gays and lesbians, says the University of Surrey: “Gay men and lesbian women showed no desire for their voice to disclose their sexual orientation as it could potentially make them unwanted targets of prejudice.”

Such concerns are not unfounded, as a study made public by the Archives of Sexual Behavior found that candidates who “sound gay” in interviews are less likely to land the job they’re seeking.

Think body language or attire can reveal sexual preference? Well, the study suggests that men are much more convinced their voices transmit sexual orientation than women are — which also suggests gay men are more concerned about being stereotyped by their voices than are lesbians.

“What we have learned in this study is that individuals share stereotypes about voice as an indicator of sexual orientation,” says Dr. Fabio Fasoli, Research Fellow at the University of Surrey. “Fears of discrimination and being subject to unwanted stereotyping may lead people to alter their voice, in particular men trying to sound more masculine to conform to social norms.”

Fasoli laments, “it is disappointing that in 2018 stereotypes about masculinity/femininity persist and fears of being misidentified/identified as gay and lesbian still exists. This may explain why a person feels the need to alter how they present themselves.”

It’s been quite the political and legal rollercoaster since the March announcement of a revised ban of transgender Americans seeking to serve in the Armed Forces. The newly issued directive — barely discernible from the old — has left the entire trans community in a kind of bizarre purgatory, uncertain of their status or their future.

Courts so far have acted decisively to keep the ban in check, and in the interim, military and civilian experts have come to the collective conclusion that the ban is both unconstitutional and a fairly naked act of bigotry in search of a fig leaf.

The New York Times has winnowed the recent developments down into a bite-sized narrative that captures and contextualizes what’s happened in the battle to help trans servicemen and women — as well as those who’d like to serve — since the institution of the new guidelines.

Here’s their in-depth story on the state of the trans ban. 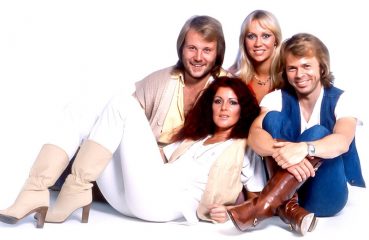 Your life is in reruns: ABBA returns for the first time in 35 years, The NYT reflects on its LGBT coverage, and your childhood comic book collection rules the box office! ABBA... 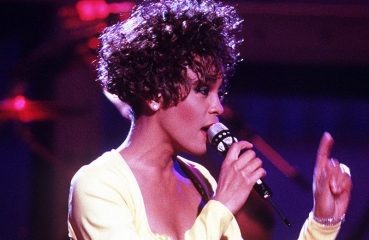 If all you know about Whitney was her fall from grace, a new doc is going to set you right. Plus, Adam Rippon continues to conquer, Milo … not so much. We Will Always Love...