Whitney Houston was a tragic figure, counter to the sunny soul pop confections that made her one of the top recording artists of her lifetime. All of that roars to vivid life in the new documentary, Whitney.

I saw her once — not in concert — but on the stage of the Pantages Theatre in Hollywood in 1992 — where Whitney Houston was filming an awards scene for The Bodyguard. There were maybe five or six people in the auditorium since the filmmakers had decided to add the capacity crowd to the scene in post production. I was there as a writer for The Hollywood Reporter, looking in at just how “safe and routinely” the shoot was proceeding after a driver named Bill Vitagliano had been crushed to death between two lighting equipment cranes on the set a few days earlier.

Indeed, everything did look normal. I’d been on many a movie location by then, and there was nothing out of the ordinary. Almost. I sat with the unit publicist of the picture watching Whitney do take after take while a pair of fellows gabbed animatedly in low voices a row ahead of me about Whitney. I turned to the publicist between cuts and mentioned something about the depth of her material not matching the quality of her voice (like say, Aretha’s or that of Gladys Knight), and one of the fellows in the row ahead craned his neck around to get a good look at me. There was shade, stink eye and a death glare all in that one glance.

The publicist whispered to me, “You’d better keep your voice down. That’s Whitney’s manager.”

Much of Kevin Macdonald’s documentary unfolds the same way. This big screen profile is starkly different from the 2017 Whitney Houston biopic by Nick Broomfield called Whitney: Can I Be Me? Macdonald’s film was sanctioned by the family, who were totally aghast (spoiler alert here) to discover he’d added a few interviews late in the process that accused Houston’s famous cousin Dee Dee Warwick (sister to Dionne Warwick) of sexually abusing Whitney throughout much of her childhood. Dee Dee Warwick can’t deny the allegations; she died in 2008 after her own decades-long battle with drugs.

Much of the footage is fascinating and magical, especially early on, when she rose out of the gospel traditions of New Jersey and vaulted to fame. Her famous mother (Cissie, who had an estimable career of her own as part of The Sweet Inspirations) chastens her about her technique and coaches her to perfection, while insisting she disregard what she hears on the radio from lesser talents like Janet Jackson.

Oftentimes, it’s easy to see how things slipped out of control for her. She had a years-long close relationship to out lesbian Robyn Crawford. Her marriage to Bobby Brown crumbled as her fame eclipsed his. Her father, it’s suggested, stole millions from her — then sued her for millions more when she fired him for mismanagement. Her brothers, hired to be her roadies and bodyguards, became her drug dealers.

In the end, it appears Houston succumbed to her own worst impulses. True, as one of the interviewees reveals, people treated her “like an ATM.” But she was doing the same with her money — and while it was hers to spend as she pleased — the drugs she splurged on kept her oblivious to how she was being handled.

In the end. she wound up dead at 48 in a bathtub at the Beverly Hilton in downtown LA. Upstairs, the pre-Grammy party she was supposed to attend hosted by her mentor, Clive Davis, went on uninterrupted. Reporters flocked to the scene to get quotes about her passing. Some watched the sad news on CNN; others chose to party on, since Britney Spears and Kim Kardashian were walking the red carpet just then. 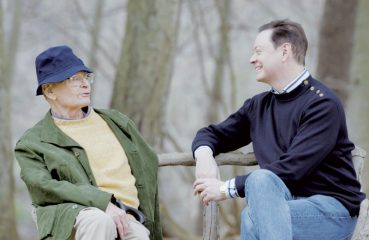 “Far From the Tree:” How Families Cope with a Member Who Isn’t Like the Others

The old saying about parents and children says, “The apple doesn’t fall far from the tree.” But what about when it does? Fueled by his life-long struggles with his sexual... 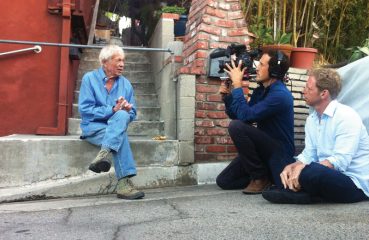 Meet Scotty, an ex-marine who saw action in WW II, though Scotty’s not a fighter, he’s a lover – of women, men, friendship, fame, his hilarious old wife, many cats and...