Not so fast: That’s what music streaming service Tidal says to an announcement from Universal Music Publishing Group claiming their right to repackage and release music from the late pop star, who died from a pharmaceutical overdose last April. Tidal counterclaims that they, not UPMG, have exclusive rights to the artist’s newer work, including his remix effort, HitNRun. What remains in dispute is the precise duration of the agreement Prince had with the service. Tidal’s response comes after UMPG released a statement asserting they are now “responsible for servicing and administering Prince’s expansive catalog of songs,” after completing an agreement with the estate of Prince Rogers Nelson.

The deal is potentially worth multi-millions in revenue, particularly in that Prince has never had a career-spanning box set anthology or a live album that captures him at the zenith of his commercial success – a string of Top 40 hits that stretch from “I Wanna Be Your Lover” back in the late ’70s to “Kiss,” “Batdance” and “Diamonds and Pearls” well into the ’90s and beyond.

All of that music was created and marketed under the umbrella of Warner Bros. Records, a label that so frustrated Prince he scrawled “Slave” on his cheek for months at a time and constantly berated them for his treatment in “indentured servitude.” In part, that’s thought to be a prime motivator for Prince choosing to release new music through Tidal. The streaming service also returns a heftier percentage of its profits to the artist. Since that artist is no longer among us, logic and avarice dictate that his percentage is of little to no concern.

While all of these issues have yet to reach resolution, plans are moving forward for yet another greatest hits album, Prince4Ever, and a long-overdue reissue of Purple Rain set for next year. 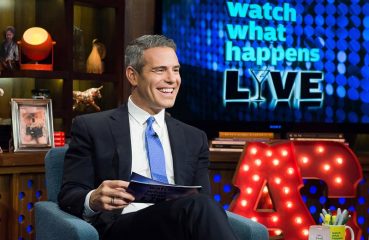 Topping our list of People We Love is a guy who’s as obsessed with celebrity as we are. Now as he prepares to release another candid look into his life behind the scenes, he...

Various media sources report that actress/comedienne Amy Poehler is just as busy behind the scenes as in front of the cameras these days, with two new projects wending their way...