Why NFL Player Protests Should Matter to LGBTQ Americans 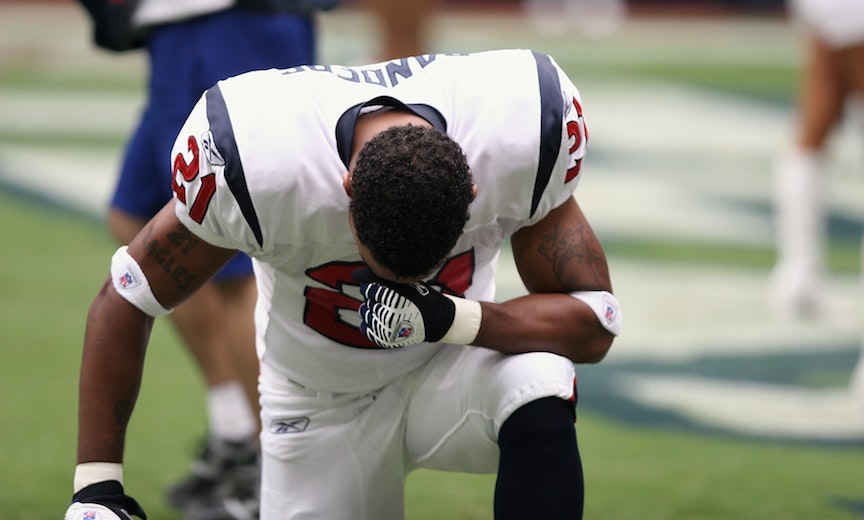 Why should NFL players “taking a knee” matter to LGBTQ Americans — some of whom don’t even watch professional football?

The real reason gays, lesbians and all the other colors of the rainbow should rally behind the players’ protest has less to do with who we love or have sex with, and more to do with standing beside another besieged minority in what we’re now calling Trump’s America.

The administration would have sports fans believe — and take offense from — a presumed “disrespect for our flag” when football players drop to a knee during the National Anthem. Are there well-intentioned and patriotic Americans who disagree about how the flag should be treated? There are. But let’s put this cart and horse show in proper perspective once and for all.

When colonial minutemen marched to war to secure America’s independence from Mother England, they didn’t all fight under the same flag. But they did fight with the same principle in mind: freedom from tyranny.

It’s a clever bit of poliltical ju-jitsu to now claim that our war dead “died for the flag.” Did they? Or did they put their lives on the line for what the flag represents, namely our freedom? If that was their intenton, then using that freedom honors their memory more than reverence to something that’s only a piece of cloth, if you rip the meaning away from the fabric.

If not, what kind of freedom are we talking about, anyway? Is it the freedom to wear Dockers, eat at Hooters, vote Republican and decry the “gaying of America,” as so many conservatives do? Those aren’t things I embrace, but hey, it’s a free country — so far.

Consider the hornet’s nest of haters cheerleader Jesse Hernandez stirred up earlier this week when he made his debut as the first male Saintsation in New Orleans. Apparently his mere appearance crossed some invisible boundary of what American masculinity is expected to be. Did our war dead sacrifice themselves to protect an archetype of conformity, or to assure freedom fo people who try to broaden the tent? If not, then what kind of freedom is it when you’re free only to fit a rigid notion of what an “American” is supposed to look like pulled from a mail catalogue?

If we’re talking about real freedom — that’s the kind that makes people uncomfortable. And it definitely means we’re talking about the freedom to take a knee in silent protest of the racial injustice that finds Americans of African ancestry disproportionately profiled, detained, arrested, shot and murdered on streets across the nation.

Why You Should Care

A this writing, the current occupant of the Oval Office is watching his legal problems mount and his options to deflect them dwindle. At the same time, he’s suffering no serious loss of his evermore rabid fanbase.

A poll conducted just last month showed only 14 per cent of Republicans consider Trump “corrupt.” The reason, according to a fascinating piece by Peter Beinart published Wednesday by The Atlantic is this: In a new book called “How Fascism Works,” Yale philosophy professor Jason Stanley writes that “corruption, to the fascist politician, is really about the corruption of purity rather than of the law. Officially, the fascist politician’s denunciations of corruption sound like a denunciation of political corruption. But such talk is intended to evoke corruption in the sense of the usurpation of the traditional order.”

Think about that. That’s why there’s a “crooked Hillary,” the piece opines. The idea of a woman making a play for power is not corruption in the legal sense, but it’s a slap in the face to what hippie intellectuals once called “the dominant paradigm” — challenging the status quo this country has always put ahead of everyone else: White, wealthy, educated, conservative Protestant males.

In America, everyone else has to peddle three times as hard to get half as far. But for Trump supporters, their own personal success or lack thereof is of less importance than preserving what they recognize as their own cultural standing in society. In their zero/sum game, the less freedom for you – hispanic, gay, black or trans person — the more of the American Dream they were brought up believing in survives.

So, with football season getting underway and the Mueller investigation ramping up, you can expect 45 out on the campaign hustings denouncing those who peacefully and silently protest by dropping to a knee during “The Star Spangled Banner.” Whether you watch or couldn’t care less about what Will & Grace’s Jack MacFarland called “the sports ball,” it’s wise to remember that the knee they’re taking is in a deep-seated desire for a more just America, where we are all finally standing shoulder to shoulder in equality. 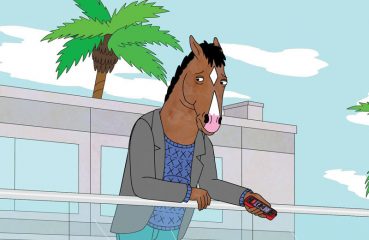 Bojack Horseman is one of the more unique animated offerings currently in production — with its dark humor and deeply flawed characters, who happen to inhabit a weird world... 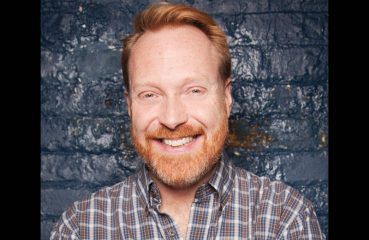 If you’ve ever enjoyed Kevin Allison’s too-raw-for-NPR storytelling podcast RISK!, then you’re sure to get a kick out of its just-released companion book, also titled RISK!...