“Will & Grace” Return to Home Release — with Bloopers

Will & Grace did at least as much boundary pushing as Roseanne. Notice that after their reboots, only one of them remains on the air.

While Roseanne may have had the approval of the Oval Office occupant and blue-collar/Red State Tea Party fans from the Deep South to the Rust Belt and Way Out West, it also had the opposite approach to television-making from Will & Grace. Where Roseanne polarized, Will & Grace have sought again and again to open minds and invite inclusivity.

No less than Vice President Joe Biden praised Will & Grace for “moving the needle” on America’s understanding and being willing to embrace greater diversity in general, and gays in particular. Certainly the show took its share of jabs as well— often from the LGBTQ community for the often excruciatingly puritanical approach it took to the dating or (gasp) sex lives of Will and Jack. More often than not, a very handsome suitor would show up on the sitcom, last an episode or few, with some light smooching or clever wordplay exchanged. Invariably our besties would have their hearts broken or find some fatal flaw with the new beau and rush off to the comfort of Grace and Karen.

By contrast, Roseanne was brusque, brazen and unapologetically honest in its lower middle class ethos. And when Roseanne’s character signed onto the Trump agenda, it made comedic sense in the same way that it did for Karen Walker to become a Trumpeter in the viral video short that rekindled interest in the series back before the 2016 election. But making fun of Kool-Aid drinkers as the W&G short did is a far cry from making more Kool-Aid for an audience to drink.

In a very real way, both shows point to the schism in America at the moment. There are those who will forgive 45 any transgression because he’s in Washington giving career politicians fits with his dictatorial loose-cannon style. They’re most often found in small towns and rural locales across the country and experience a very different America from what city dwellers see.

Watching both speaks volumes about why the US could never have another Civil War that would look anything like the one that erupted in 1861. These days, the battle lines are not so much between the Bernie/Hillary supporters and the Trump/Pence fans. It’s a deep divide between the country mice and the rat racers of the city.

With that said (and Roseanne sent back to the swamp from which she came), we have not one, but two Will & Grace videos to share. Oh, and if the craziness of the election and the reboot had you in a whirl, here’s our interview with Sean Hayes from just before the reunion was announced.

Then, part of the just-out DVD/Blu-ray collection: 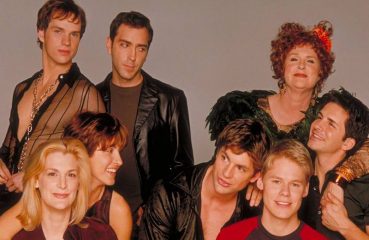 Queer As Folk gave many a questioning youngster an opportunity to see what life might be like as a gay man or woman. It remains a cultural touchstone. The cast recently reunited... 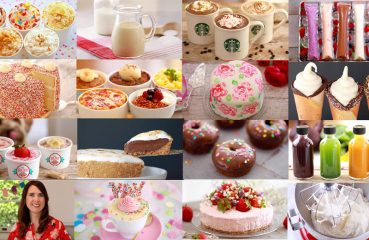 “Mug Meal” sensation Gemma Stafford wants to teach you how to cook using a mug and a microwave. Gemma Stafford is best known for creating YouTube cooking shows such as...