What to Do for WorldPride 2019

This is the 2019 NYC Pride March Route 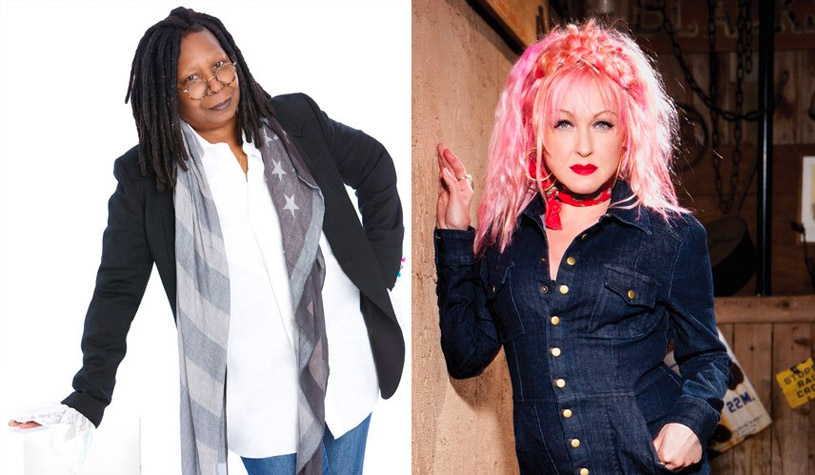 Goldberg has been an LGBTQ advocate for decades, having starred on Broadway and in such films as Sister Act and The Color Purple. Goldberg is still recovering from a near-fatal bout of septic pneumonia, but back in her seat on The View. Just yesterday, she called a cease-fire when tempers flared between vo-hosts Joy Behar and Meghan McCain.

Goldberg will headline a the Barclays Center concert that benefits the Ali Forney Center, which provides aid to homeless LGBTQ youngsters.

Conversely, Lauper — another longtime LGBTQ community ally — will perform. Lauper has been a pop fixture since “Girls Just Want to Have Fun” topped the charts back in 1983. Her debut album, She’s So Unusual spawned a number of hits: “Time After Time,” “All Through the Night,” “Money Changes Everything” and “She Bop.”

But it’s her 1986 single, “True Colors,” that emerged as an anthem for Pride. She is also the composer of the long-running Broadway musical, Kinky Boots.

Another Kinky Boots alumnus, Todrick Hall, is set to appear as well. He, of course, has been seen on programs ranging from American Idol to RuPaul’s Drag Race. Ciara, best known for her soaring R&B vocals, is also scheduled for a set during the ceremony. In addition, NYC dance floor mastermind DJ Lina has been recruited to spin for the festivities. More acts will follow, officials say. Expect a diva, and expect a major announcement. At the moment, there is still no headliner announced for the second day of the festival on June 30.

Tickets for the WorldPride Brooklyn ceremonies will go on sale at 10 am on Friday, April 12.