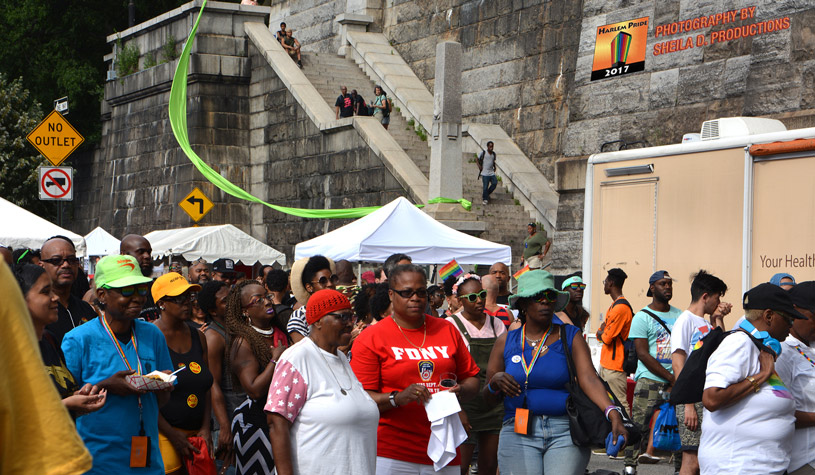 Congratulations to Harlem Pride on your 10th Anniversary! Join the festivities uptown! Harlem Pride is celebrating its tenth anniversary, the fiftieth Anniversary of the Stonewall Uprising, the hundredth anniversary of the Harlem Renaissance, and WorldPride with a bustling month of activities. It begins with a special Press Night at Bierstrasse Harlem Bier Garden (May 31) where upcoming events will be previewed for the media. Additional highlights include: A WorldPride Inspirational Gospel Concert hosted by St. Paul Baptist Church (June 9), the celebratory Trans*/GNC/Non-Binary Appreciation Reception, in partnership with New York Transgender Advocacy Group, also hosted by Bierstrasse Harlem Bier Garden (June 14),  an energetic mixer with happy hour specials at one of uptown’s hottest bars is to be found at the Harlem Pride “In The Mix” party at Boxers Washington Heights (June 27). And you’ll find the main event, Pride 2019 Celebration Day (June 29), waiting for you at 12th Avenue and West 135th Street. Get more information and tickets.