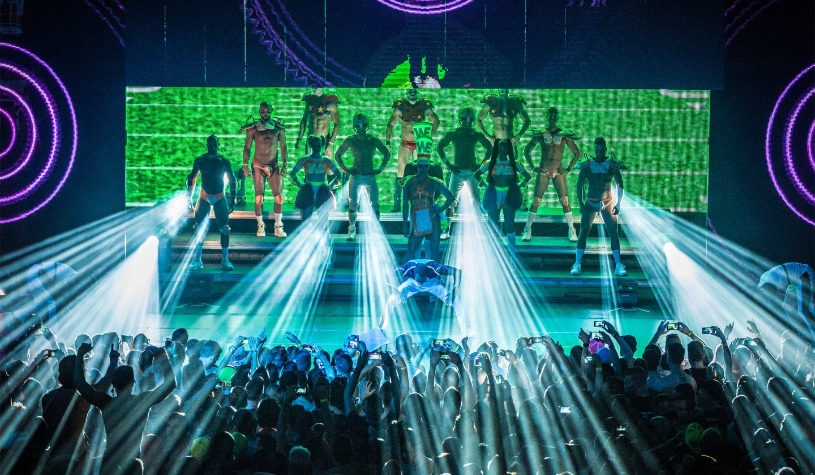 Originally opened as “Club Exit”, NYC’s last great mega-club, the massive venue was home to Junior Vasquez and other superstar DJ’s after the closure of gay club icons Roxy, Twio and Limelight. Exit eventually closed as a nightclub and later re-opened as Terminal 5 for concerts and special events. Even though Terminal 5 retained all the club elements of Exit including 4 stories of wraparound balconies, secret alcoves and a rooftop patio, this will be the first DJ driven dance event held in the space in over 10 years.

Join over 3000 guys from around the world in this exclusive daytime event inside and outside at Terminal 5, transformed once again into a giant mega-club with Masterbeat’s world famous production.