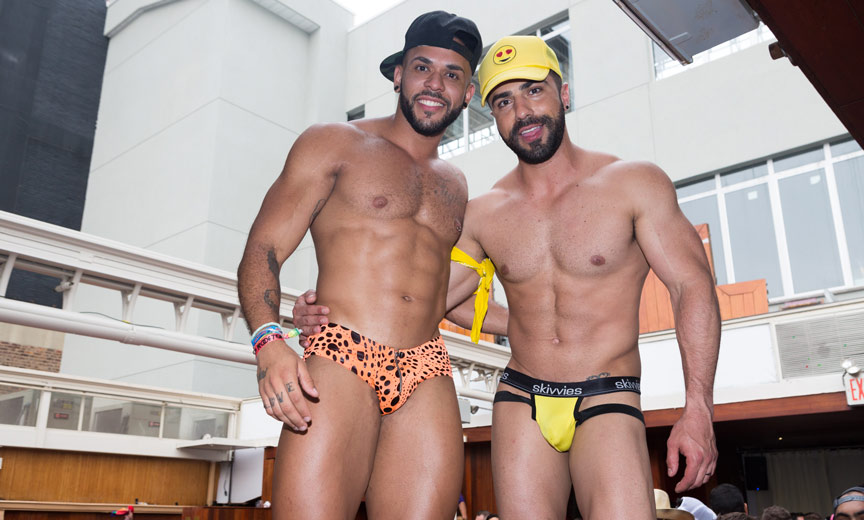 Brian Rafferty Productions returns to team up with NYC Pride for the ninth anniversary VIP Rooftop Party at Hudson Terrace. Hudson Terrace is a full-service, bi-level NYC event venue with an impressive view of the Intrepid on the Hudson River. Get down at the most exclusive rooftop venue in NYC, conveniently situated in the heart of Gay New York City, Hell’s Kitchen. Join the crowd of the guys on three levels: Hudson Terrace Rooftop, the Indoor Salon and Outdoor Terrace. Brian Rafferty started producing events in NYC in 2010 when he started the infamous Griffin Sundays. In 2011 he co-founded the Saturday VIP Rooftop Party with NYC Pride (the first official dance event outside of the former NYC Pride Sunday Pier Dance). Brian Rafferty Productions has presented the popular Rough Trade parties in New York, Asbury Park and Los Angeles at venues like the Belasco in LA, the Rosewood Theatre, Cielo and Output in Brooklyn. Additional parties have included Ascension in Asbury Park, Rumours in Cartegna Colombia, Independence Day at the Crown & Anchor in Provincetown, Stag, Vice Room, Finale in Miami, Harmony Dance Party with Lady Bunny, XLSIOR in Mykonos, Pines Party Emerald City, Scruff Invades London NSA Thursdays and more!

Last year’s VIP Rooftop party featured music by DJ Boris, Dani Toro and J Warren. DJs Alex, Acosta, GSP and Hannah brought the house down at the 2017 VIP Rooftop Party. Other DJs who have played the event include DJs Paulo, Eddie Martinez, Peter Napoli, Ben Baker, Saul Ruiz, GRIND, Cindel and more! Get your tickets early (tickets will become available in January) as this event sells out quickly year after year. The VIP Rooftop Party is known to be one of the most successful and highest net profiting events in NYC Pride history. All attendees must be 21 or older.