17 Selfies to Take in NYC during WordPride

How to Do Broadway and New York Theatre during WorldPride

Shakespeare wrote, “All the world’s a stage,” but New York is the world’s stage. Home to 40+ Broadway theatres and countless Off- and Off-Off Broadway houses, the Big Apple boasts more musicals, dramas, comedies, and theatrical events in a single day than anywhere else on the planet.

New York theatre is also a magnet for celebrities, both onstage and off. Actors from television and films make a beeline to New York just to add Broadway to their resumes. For a primer on what to expect and how to get tickets, here’s how to do theatre right on your visit to New York City. 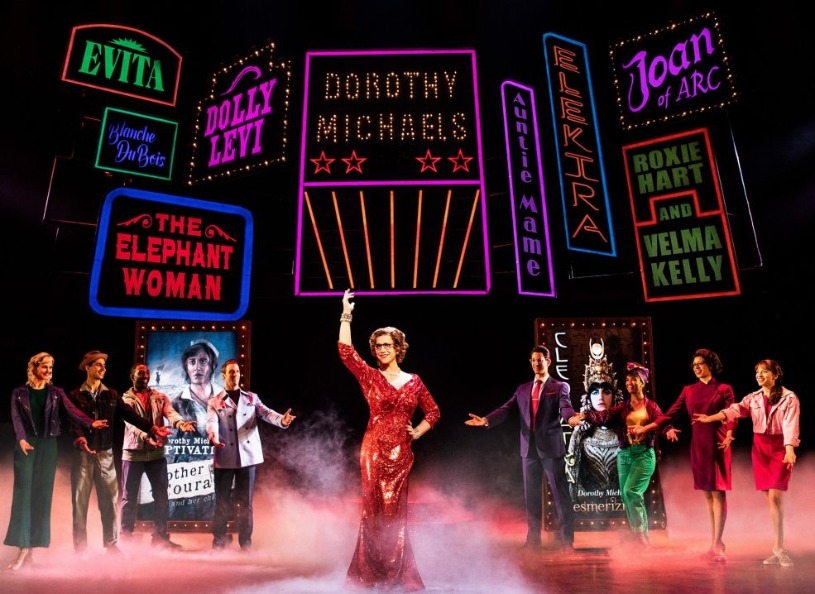 Theatre a la LGBTQ: Broadway & Beyond 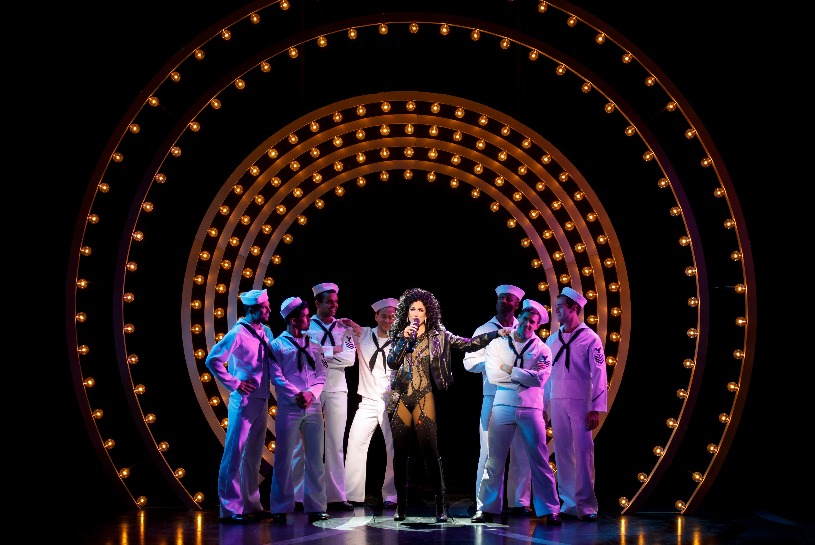 Let me start off by saying practically every Broadway musical is a feast of buff bods—it’s like they only leave the gym for performances. Bottom line (in every sense of the word), you can’t go wrong if the show has an ensemble.

That said, Big Apple theatre never stops celebrating diversity: when it comes to shattering the barriers, NYC is the world champion. Gay-themed works and characters are a given—and, let’s face it, the idea of Broadway and Off-Broadway without gay actors, writers, composers, and designers is all kinds of ludicrous.

Which brings me to Broadway’s here and now, and the fantastic, outrageous, and fantastically outrageous shows that may well pop up on your gaydar, starting with The Cher Show (three Chers, no waiting), and if you haven’t heard, costumes by Bob Mackie. Should you be in the mood for glitzy camp—as well as Broadway’s most pointed gay storyline—you are going to love, love, love The Prom, a musical that kicks off with two show-biz divas, Brooks Ashmanskas and Beth Leavel, one-upping each other all the way to a remote high school where a young lesbian meets with resistance when she wants to take her girlfriend to the prom.

Moving on to shows with gay characters…two more set against high school backdrops, Tina Fey’s stage adaptation of her film Mean Girls, and Be More Chill, a downtown hit that became a teen cult sensation before moving to Broadway. Come From Away also includes a gay couple, and the revival of the powerful drama Burn This, starring Keri Russell and Adam Driver, is a thematic must-see.

Other Broadway productions worth checking out include the staggeringly wonderful Tootsie—veering off the trajectory of the 1982 Dustin Hoffman film in all the right/contemporary ways—and the off-kilter/somewhat surreal comedy Gary: A Sequel to Titus Andronicus starring Nathan Lane and written by Pulitzer Prize finalist playwright, actor, director, singer-songwriter, performance/drag artist, Taylor Mac (who uses “judy” as his gender pronoun of choice).

As you might expect, Off-Broadway at the moment has several productions of LGBTQ interest, starting with Camp Morning Wood: A Very Naked Musical about a gay couple’s adventures during a weekend camping in the woods (thetheatercenter.com). A Strange Loop is a musical about a gay black writer “at war with a host of demons” (playwrightshorizons.org), while The Rolling Stone follows two brothers in Uganda—one gay, in a secret relationship; the other a church pastor fervently against homosexuality (from 6/20, lct.org). Another play, In the Closet, isn’t nearly as obvious as its title suggests, zeroing in on four cross-generational men exploring various reasons one might “closet” onself (theatrerow.org).

Finally, there’s Stonewall 50 at La MaMa, a totally worth “being there” festival that invites theatregoers to “join multiple generations of queer performers as they pose questions, honor legacies, and ignite the present.” Included in the roster of productions is A Birthday Funeral for Heroes, part trial, part birthday, part funeral, all spectacle featuring “original music performed by a host of misfits, drag artists, queers, and a local choir” (6/20 thru 6/29); (lamama.org/stonewall).

But wait, there’s more…lots…much of it listed in our Broadway and Off-Broadway listings. The important thing is that while you’re here, you get a taste of New York’s theatre scene…and, of course, get in touch with your own personal Drama Queen. Go…and be mega-fabulous!

The Theater District—called Broadway as a catchall—runs West 40th to West 54th Street between Sixth and Eighth Avenues. This area is situated alongside Times Square and Hell’s Kitchen. Major attractions like Top of the Rock and Rockefeller Center are a short walk away.

As a rule, a theatre with less than 499 seats and more than 99 seats is considered Off-Broadway. These houses can be located anywhere in Manhattan as well as Queens and Brooklyn (the most famous is the Brooklyn Academy of Music, aka BAM).

A theatre with fewer than 100 seats falls into the Off-Off-Broadway category; like Off-Broadway, these can be located anywhere in the city.

Summer theatre festivals include everything from the Lincoln Center Festival and the Public Theater’s free Shakespeare in the Park to this year’s 17th Annual Fresh Fruit Festival of LGBTQ Arts (7/8 thru 7/21), held at various NYC venues (freshfruitfestival.com).

If Your English Is So-So…

…steer away from dialogue-heavy plays and the rapid-fire rap in musicals like Hamilton. Instead, go for a familiar musical—Chicago, Frozen, The Lion King and The Phantom of the Opera—or ones that involve iconic music by a favorite group or celebrity like Jersey Boys or The Cher Show. Off-Broadway spectacles like Blue Man Group, Stomp, and The Gazillion Bubble Show are less language-intense and more visual.

To ensure getting tickets to a show you absolutely do not want to miss, it’s best to reserve them ahead of time. If you’re less picky about which show you see, or if you’re on a budget, go for one of the discount options below.

Premium Tickets. For shows that are known for selling out in advance like Dear Evan Hansen, Harry Potter and the Cursed Child, The Lion King, Wicked, and The Book of Mormon, book your seats as far out as possible. The same is true for a new show with big buzz or a production featuring one or more major stars. Insider tip: if price is no object, or if you’ve budgeted as much as $400+ per ticket for a specific Broadway show, VIP arrangements can usually be made at the last minute through your hotel’s concierge. A seller like Vivid Seats can also be a help tracking down scarce tickets (vividseats.com). Any seat you’d be looking for can be found on their website, at a range of prices.

Discounted Tickets to Broadway and Off-Broadway. You can purchase seats 25% to 50% off the day of the performance at TKTS booths, the most famous of which is in the heart of Times Square “under the red steps” at Broadway and 47th Street. Hours for evening performances: Mon. & Wed.-Sat., 3 to 8pm; Tues., 2-8pm; Sun., 2-7pm; for matinees: Wed., Thurs., & Sat., 10am-2pm; Sun., 11am-3pm. If you’re looking to see a play vs. a musical, you can save wait time by checking out the “Play Express” window. Also, a small number of Off-Broadway shows may be “cash only”; all tickets are subject to a $6 per ticket service charge.

TDF also has a couple of satellite booths: the Upper West Side booth at Lincoln Center’s David Rubenstein Atrium at 61 W. 62nd St., is indoors—good to know if you’re short on sunscreen or the skies open up (hours: noon-7pm Mon.-Sun.). The other is at the corner of Front & John Streets at the South Street Seaport (hours: 11am-6pm, Mon.-Sat.; closed Sun.). All locations accept credit cards, cash, traveler’s checks or TDF gift certificates and vouchers. If you qualify, you can join TDF (the Theatre Development Fund—sponsor of TKTS) as an “out-of-towner,” which makes you eligible to buy theatre tickets up to three weeks in advance. You can also download a free TKTS App for updated show info.

Discount tickets also pop up on websites like Goldstar, Broadway Box, and others (caveat: several of these carry “online ticketing fees” that can run as much as $15 per ticket). That said, some do offer good savings—and all are just a Google search away.

Finally, don’t forget autographs and selfies! Following Broadway shows, the cast will sign programs at the stage door and pose alongside fans. The bigger the star, the bigger the crowd, so be wary of pushy people around you while you extend your program for a signature. For Off- and Off-Off-Broadway, actors will often meet-and-greet in the lobby. Make sure to have a pen and your phone ready! 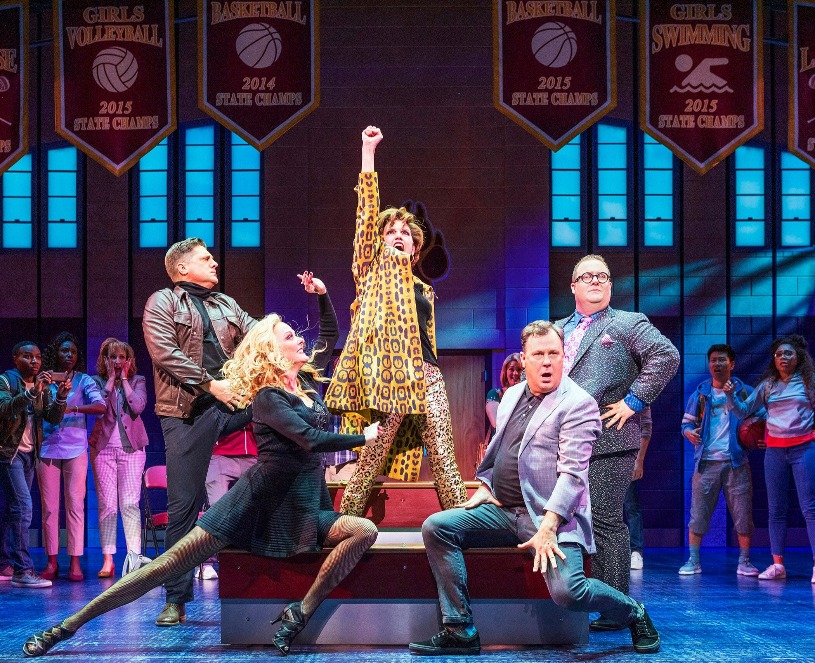