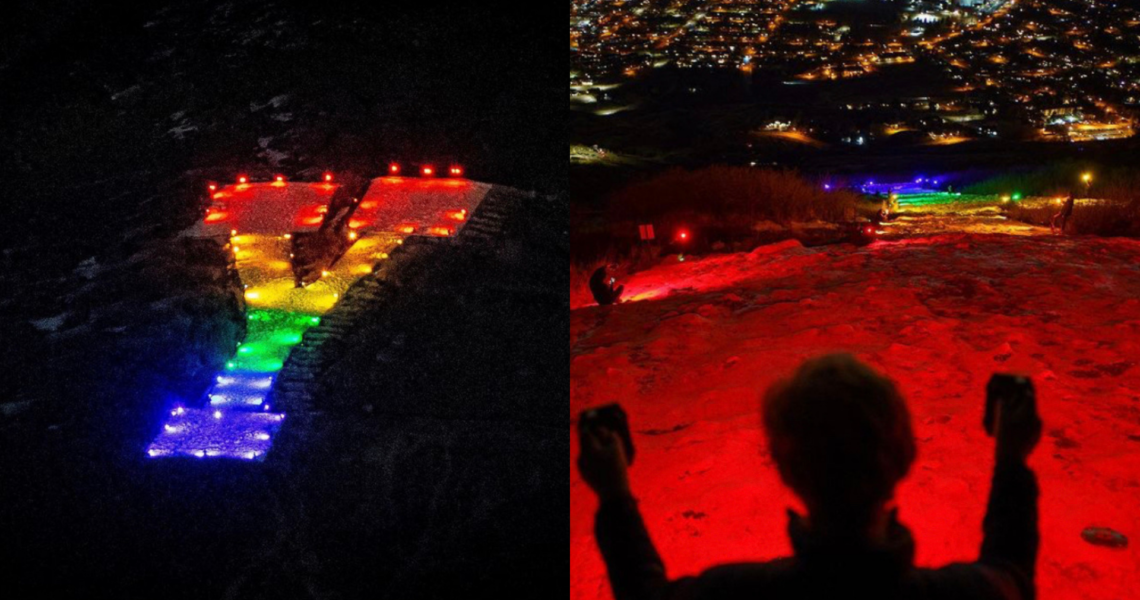 Injustice demands action, no matter how long it requires or what form it takes. Pain becomes internalized, it mutates, and those who struggle with the ramifications of oppression embody it forever.

Such is the case at Brigham Young University. The school revised its honor code in February of 2020 to omit language that prevented “all forms of physical intimacy that give expression to homosexual feelings.”

Could you narrow it down, BYU? Because that describes every damn expression in our toolkit.

The removal of the prejudicial led to an outpouring of sassy selfies. Queer kids posed in iconic locations around the conservative campus, gaying out with fabulous aplomb. Naturally, the homophobes called it unnatural. Since we can’t have nice things, BYU reinstated the hateful rhetoric, once again denying same-sex couples the chance to be themselves in public.

To commemorate the one-year anniversary of the university’s cowardly flip-flop, activists got a bright idea… literally. They were still reeling from the decision to discriminate and they decided to act.

“That day felt like a betrayal for a lot of LGBTQ students,” explained Bradley Talbot, an LGBTQ+ advocate. “It was traumatic. So this was a day for us to reclaim that and try to turn it into something positive.”

STORY: LGBTQ students at BYU light up the ‘Y’ in rainbow colorshttps://t.co/6cOG3HmOH0 pic.twitter.com/yxCwzD6WPH

That positivity illuminated the giant “Y” overlooking campus. Talbot organized a group of friends to hike up Slide Canyon and give the landmark a magnificent makeover.

By placing red lights along the top of the Y, orange lights below those, and so on down the spectrum, the crafty crew transformed the hillside feature into a flickering, fierce rainbow flag.

The giant Y painted on the side of the mountain by BYU (the Mormon university that expelled me for being gay and romantically active) has been lit in rainbow colors tonight as a big middle finger to the hetero-supremacists by part of Utah's LGBT+ community.
❤🧡💛💚💙💜 pic.twitter.com/nEnG7PHqjq

“If BYU won’t show their love to us, we’re going to make sure our love is visible to them,” declared Danny Niemann, a gay student who took part in the dazzling demonstration.

Another participant named Allison chimed in: “You’re not alone. We’ll stand up and say that, no matter what… BYU is a hard place for queer kids to feel love and accepted.”

Like the stuffy old dean from every college movie ever made, BYU showed zero emotion when tweeting out their canned response.

BYU did not authorize the lighting of the Y tonight.

But the brilliant protest did its job. “We’re here and we’re part of this institution,” concluded Bradley Talbot. “We should have a place at the Y.” The world saw the students’ passion in a twinkling array of multihued majesty. Their enlightenment can never be dimmed. 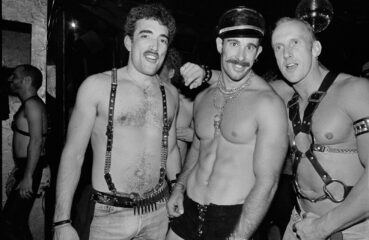 Remember how difficult it used to be to identify other members of the LGBTQ+ community with whom you could share laughs, love, and/or larceny? Well, the CIA compiled a useful... 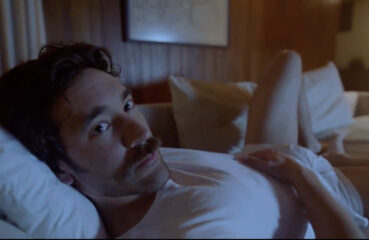