We all need to do our part to end HIV stigma.

When beloved Queer Eye star Jonathan Van Ness revealed (in their bestselling memoir Over the Top: A Raw Journey to Self-Love) that they were living with HIV, they became one of the most famous HIV-positive people in the world. And they joined the legions of others who bravely share their statuses with the world in order to bring awareness and combat stigma around the virus – but is this something that we should only rely on HIV-positive people to do?

The answer is no. The fact that some courageous folks living with HIV who feel safe and secure enough in their lives to come out with their status does not relinquish the rest of us from responsibility. If we want a truly HIV-free world, we all must roll-up our sleeves and get involved.

My journey to become an ally and advocate to people living with HIV didn’t happen overnight. In fact, it has been a lifelong learning process that continues to evolve. As a child growing up in the 1980s, I first learned about HIV like we all did — through tragedy. First, we lost my best friend’s uncle, a young, handsome artist who I harbored a secret crush for. I was devastated. Then, a few years later, more bad news. A beloved uncle also became ill and soon after died from the then-deadly affliction. That era also birthed some of the epidemic’s early allies, like Elizabeth Taylor, Elton John, and Princess Diana, whom I greatly admired. When the media went crazy after the princess was photographed shaking the hand of a young man in the advanced stages of the virus, I admired her even more.

But somewhere over the next couple of decades things changed. Once antiretrovirals were developed, HIV was no longer a death sentence. As we saw people like Magic Johnson continue to live happy, healthy lives, HIV and AIDS seemed to slowly disappear from the national conversation. Then around 2005, a close friend chose to share his status with me. Recalling the tragedies, I witnessed in my youth, I started to become emotional. As my friend saw the tears welling up in my eyes, he embraced me and said, “It’s OK. I take two pills every morning and I’m going to be fine.”

It was a powerful moment for me. I realized that my ignorance on the facts had put my friend in a position to comfort me in this delicate moment of his vulnerability. I realized that to be a true ally I just needed to treat my friend as I always had, and not like an unfortunate victim. And above all, I realized it was my responsibility to educate myself on HIV — not the responsibility of those living with it. Today I am proud to say I am an educated advocate and ally for people living with HIV, and happily accept my role as an educator to those around me, in my own community. And you can be one too — it is easier than you think!

Start by learning the basics. Think about it. How can we end this epidemic unless both HIV-negative and HIV-positive know how the virus is transmitted and treated? Here’s a few facts to get you started: HIV is a sexually transmitted infection (STI). Condoms are still a good prevention method (about 90 to 95 percent effective when used properly) but there are newer even more effective methods like PrEP (pre-exposure prophylaxis), which is up to 99 percent effective in preventing HIV transmission.

Another important scientific fact to know is that — and this is a biggie, so pay attention — when a person living with HIV gets on treatment and achieves a suppressed viral load (also called being “undetectable”), they are no longer able to transmit the virus to others. Not only has this information been life-changing for those living with the virus, it is key in preventing new transmissions.

So, besides learning the facts, how else can you be a better ally? Well, there are lots of ways. Open your heart to those living with HIV and treat them like you would anyone else — and treat HIV like any other treatable chronic condition, such as diabetes. Get involved. Participate in an AIDSWalk or other HIV-related event and share it on your social media. Support friends and loved ones, or anyone in your community living with HIV. Show others by your example that living with HIV — and loving and dating and supporting them — is nothing to be ashamed of. We must remove these lingering bits of stigma, and we must do it together. You can be someone who contributes to a happier, healthier future for all. You can be an ally. 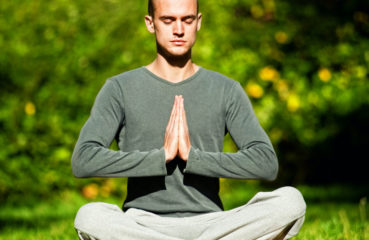 Get Stretched Out Not Stressed Out

When life gets too loud, these yoga poses provide a pleasant escape. This spring felt different. April showers brought May flowers, but most of us were too distracted to genuinely... 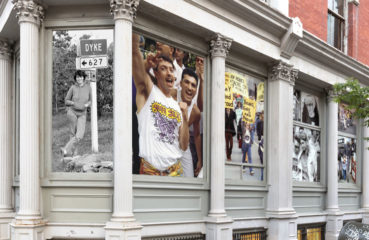 Leslie-Lohman Museum of Art provides a queer cultural hub in New York City. Laura Raicovich has spent her career at the intersection of art, community, and social justice, so her...