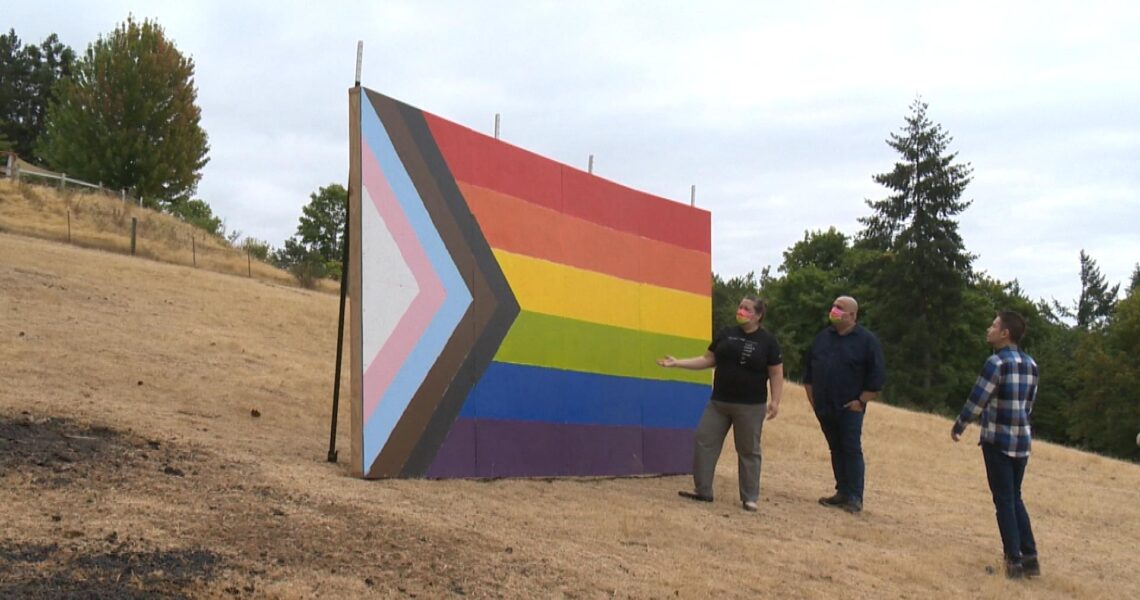 Brian Shannon is the vice chair and school board director of the Newberg, Oregon district. But the title that more accurately describes Mr. Shannon: Dr. Divisive. Or better yet: Associate Pee-Stain. Shannon recently presided over a 4-3 vote to ban Pride flags and Black Lives Matter messaging from the academic realm.

To reiterate: what a Pee-Stain.

“The main goal,” belched Shannon, “is to get political symbols and divisive symbols out of our schools so we can focus on the already difficult task of educating our students in the core subjects.”

Um, it’s kinda tough to “focus” when pupils of color are called the N-word and queer kids are considered “deviants” – that’s the calamitous current climate of Newberg, according to a scathing report by local affiliate KGW8.

Fortunately, the community came together to tell their bigoted school board No Ma’am!

Erin and Jaybill McCarthy built a giant Progress Pride flag on their land. They chose a vista that overlooks the high school football field. Score, supreme!

“We wanted maximum visibility,” recounts Erin. “I wish it could be 10 times bigger.”

She refutes the notion that symbols of empowerment are political in any way. “It’s not expressing a Democratic idea or Republican idea or conservative or liberal. It’s human beings.”

To add a layer of nice’ing to their cake of inclusion, the McCarthys painted the word LOVE against a rainbow tableau atop their barn.

For Erin, those four letters spell out so much more than the L-word. It is a declaration to her LGBTQ+ and BIPOC neighbors: “You are not alone. Even though this is difficult, there are people who are there for you.”

When educational institutions fail our children as monstrously as Newberg has, we must rely on the aggressive compassion of citizens like Erin and Jaybill McCarthy. The school board can learn a lot from them. Class dismissed. 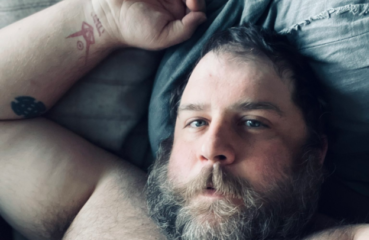 If “Grr” is music to your ears, then play on! Bear enthusiasts have transformed Twitter into a woofy wonderland of furtastic content, featuring a den of frisky hunks... 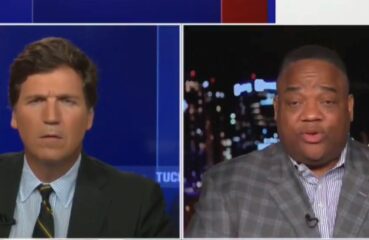