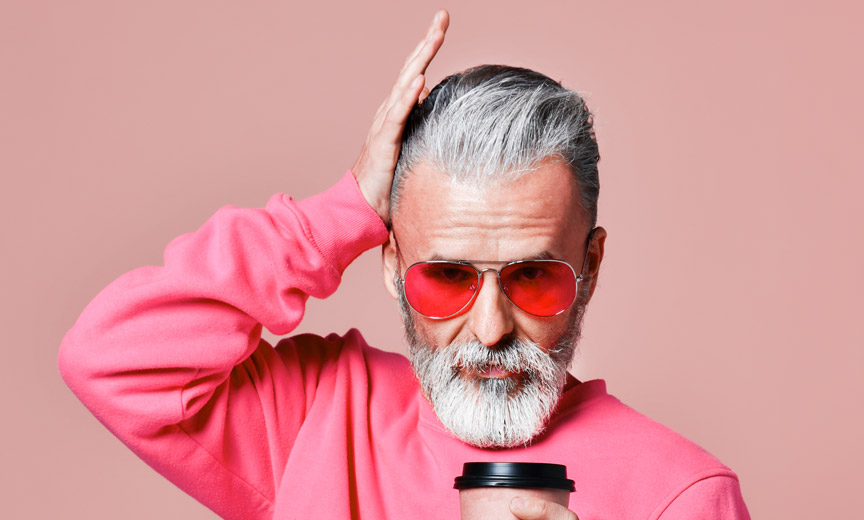 David looks at a life through the eyes of his outspoken, gay, octogenarian neighbor, who is still very much alive and loving.

My 85-year-old neighbor, Bernie, rolls his eyes as he answers his door. He’s been on the phone all morning with the “new” boyfriend of his ex-partner Richard. Bernie still calls the boyfriend “new” even though the two have been together for 20 years.

“He complains to me that Richard’s crazy,” Bernie offers. “I tell him: This is news? So leave him!” This is the brand of blunt advice I’ve come to expect since I moved in next door to Bernie 17 years ago.

“Now what do you want to know from me? My life story?” Bernie asks.

“Not exactly,” I reply. I explain that Metrosource has asked me to write about someone I love.

“And you love me?” Bernie asks with a laugh.

“Actually, I do!” I answer. But we’re soon interrupted by a call from Bernie’s current boyfriend: a soft-spoken Chinese guy named Andrew, who is approximately 30 years Bernie’s junior. “He’s calling to check in,” Bernie chuckles. “Worse than my mother.”

“Faster and Cheaper than Picking Up a Woman”

Bernie was born in 1927, but his family fled Germany when he was just nine years old. “My father took me to see the Olympics in Berlin in ’36, and as soon as we got home, he told my mother to apply for visas. He knew [what was coming],” Bernie remembers. After moving to New York City, Bernie made friends quickly as he grew up. “I was a smart-ass, and I was sort of crazy. I’d do anything,” he recalls.

In 1946, Bernie was drafted into the army and was stationed in postwar Germany. When he returned to the U.S., Bernie began working in textile sales. He kept the job for the next 52 years. Somewhere along the line, he started occasionally stopping in gay bars. “I never thought of myself as queer — we didn’t say gay back then — I just thought of it as a means to an end. It was faster and cheaper than picking up a [woman].”

I frown suspiciously. “Really?” I ask.

Bernie shrugs. “It was not so easy in those days to look in the mirror and say, ‘I’m queer.’ It was hard to admit to yourself who you really were.”

By the early 1950s, Bernie’s work took him to El Paso, where he met a young Air Force officer named Richard in a local gay bar. “Richard was gonna become a movie star,” Bernie says of his ex. “So once he was discharged, we headed for Hollywood. [We] lived together for the next 32 years.”

When Bernie’s parents nagged him to get married, he would dodge the issue, but he thinks they knew the truth. “People aren’t stupid,” Bernie says. “My mother came to visit, and when she left she told Richard, ‘Take care of my boy.’”

Bernie and Richard had a wide circle of friends who knew about each other’s sexual orientation. “But you had to be discreet,” Bernie explains. It was a time when people still lost their jobs for being gay, and Bernie remembers that they all knew a certain lawyer to call who could be paid to “make the whole thing go away” if one’s sexuality was discovered.

As time passed, Bernie ended up away from home more often. He frequently returned to New York to care for his aging parents. This took its toll on his relationship with Richard. “I guess Richard felt neglected,” Bernie says. “It ended. It was hard at first. I was no kid.”

But one day, after a few years of being single, Bernie was driving in his Cadillac with the top down when he spotted Andrew. “I looked at him. He looked at me,” Bernie remembers. “I pulled into the parking lot. That was 22 years ago.”

Bernie and Andrew are not married, but I wonder: would he say yes if Andrew proposed? Bernie shrugs. “I’m not sure,” he says, “but then, I lived my whole life without it.”

Nowadays, does Bernie consider himself out? “Yeah, I’m out. Anybody who knows me, knows who I am.” But he admits that old habits die hard. “Two weeks ago, I was seeing a new doctor — all I do now is see doctors — and he notices that I’ve never been married; so he asks if I’m gay. And just on reflex I say, ‘No.’ But later, it bothered me, so when I went back last week, I said, ‘Hey, I lied to you. I’m gay.’”

So even after 85 years, Bernie still struggles with being honest about his identity. “It takes guts to be happy,” Bernie says. “There are always gonna be people who hate. They’ll hate gays. They’ll hate blacks. They’ll hate Jews. But probably the people they hate the most [are] themselves.”

Want more adventures with David Dean Bottrell? Read about the time he threw a big, gay party for his parents: 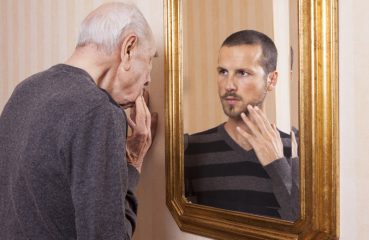 What Happens When You Look in the Mirror and See Someone Half Your Age?

As he approaches his fortieth birthday, a gay man reflects on the many faces he’s seen in the mirror. A Gay Man Turns Thirty Years ago, I relocated – first to Miami and... 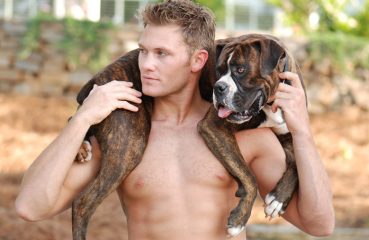 Wade didn’t think he could handle having a dog or writing a book — until he learned to start asking, “Why not?” Which One Is the Mess? One New Year’s Eve, I placed a...