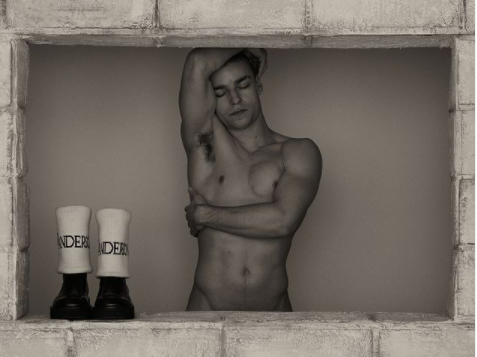 Sex changes you. The danger of submission, the thrill of domination, and the equity of mutual satisfaction – these are the hallmarks of evolution by fire, and they can never be reversed.

Nowhere are the complex dynamics of sexual congress portrayed more viscerally than in the works of Tom of Finland. His iconic imagery depicts bulging brutes yielding to one another’s carnal whims, each more impossibly endowed than the next.

A post shared by Tom of Finland Foundation (@tomoffinlandfoundation)

When two characters in the ToF universe lock eyes, they immediately recognize the lethal lust in one another’s shared gaze. They wear their passions like a visual musk, beckoning other swarthy men to explore, devour and amplify their sensuality.

Tom’s leather, denim and sweat uniforms are central to their outlaw allure. By donning ToF garb, you are announcing to the world that your appetites are insatiable, but you’re willing to try satisfying them.

That’s why any and all collabs with the Tom oeuvre are daring, to say the least. Few have succeeded, but one stands out from the aching crowd.

JW Anderson adopts the ToF brand but interprets it in a myriad of fascinating ways. One wouldn’t immediately imagine hirsute hunks printed on dress shirts and totes, but the combination is subversive.

The resulting message is simple: we all have molten perversion simmering in our blood… some of us just hide it better than others. But when we strip away the street wear, we still embody the alley behind it.

Every human is a swirling contradiction of vulnerability and bravado – of aggression and compliance. JW Anderson was able to encapsulate this quixotic dichotomy in its earlier line and the new gear does not disappoint.

“We had such a good time working on the first collection,” recounts Anderson in a recent statement, “and working with the Foundation was a pleasure.”

Pleasure truly is central to the ToF experience. It is a tiptoe through taboos in a pair of steel-toed boots and very little else.

The aesthetic is emblematic of our queer existence, as Anderson explains. “As a gay man and a designer, Tom of Finland has always fascinated me. I collect all types of art including his drawings. To be able to use them in a JW Anderson collection is so exciting. I am really proud of this year’s collection and love that we were able to expand it to include ready-to-wear.”

So the next time you ogle a businessman in financial garb across the hazy glow of a bar, look closer. His accessories may reveal that he is less button-down than tie-me-up. 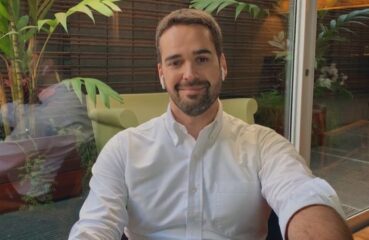 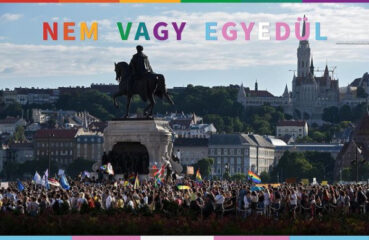 We say it so often that it threatens to become a cliché: representation matters. Although the two-word anthem is bracingly important, we must really savor its implications. To...