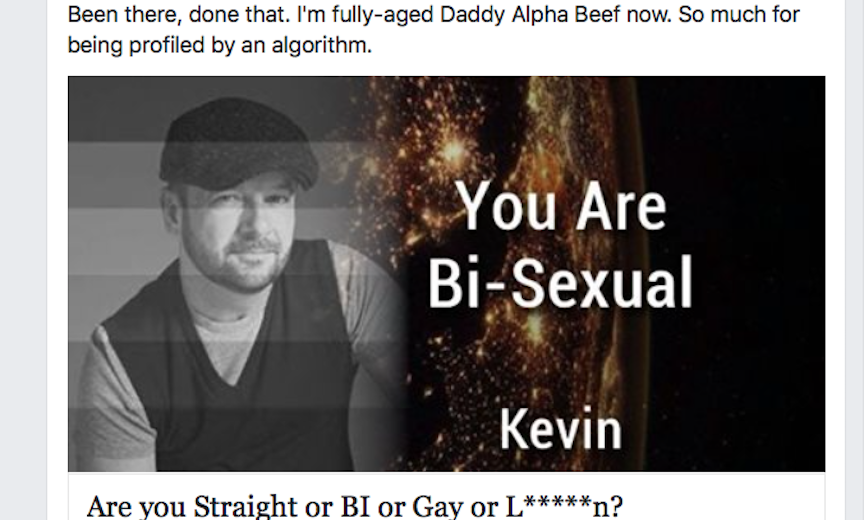 So what is gay, anyway? After being labeled as “bisexual” by an online assessment, I began to wonder: can you be homosexual and not gay?

When it takes a Barry Manilow or a Kevin Spacey decades to confirm rumors of their same-sex predilections (and remember that fitness pixie Richard Simmons may be pixie dust before his orientation is made public), it begs the question: Beyond the diminishing societal stigma of identifying as gay, why do some homosexuals loathe being associated with the LGBT community?

Ten years ago, both televangelist Ted Haggard and Idaho senator Larry Craig were caught in the clutch with scandals involving homosexual conduct — Haggard’s lost weekend drug and sex binges and Craig’s “wide stance” airport bathroom sexcapades. Both declined to come out as gay, but neither had much of a factual fig leaf to hide their same-sex attractions behind.

Coming out is tough work, to be sure. There remains a risk of losing friends, losing social standing in religious or conservative communities and still places where being fired is a real danger. But what about those people who are attracted to members of the same sex who don’t like Madonna, Judy, jock-strapped boys wearing harnesses on Pride floats and rainbow flags? For those who find being associated with the movement cringe worthy, being “gay” looks nothing like their vision of real happiness, and if they’re anything like me and the many friends I’ve spoken to over the years, one of the most deeply frightening images before coming out was of being that one lonely broken-down queen at the end of the bar: drunk, pathetic, old and destined to die alone. That image in my head kept me in the closet years longer than anyone else’s judgment.

At the same time, it needs to be said that some members of the community who don’t enjoy any of the above still consider themselves gay, while others would still decline to join their gay brothers and sisters no matter how palatably it was configured for them.

Looking back, I have been a boyfriend to a girlfriend, a fiancé to a young lady, a live-in partner to a guy (in Texas in the ’80s, when that was still something edgy), and briefly a husband after marriage equality was passed. Now, I’m just on the other side of being a Daddy in a Daddy/adult boy relationship (I’m a year older than his father. Yes, I know — please shun me.), and I’ve come around to the belief that we’re all in evolution, each seeking to either self-actualize and become who we believe we’re meant to be — or we’re running as fast and hard as we can to avoid being unmasked as ourselves.

Being homosexual? Science is getting closer and closer to being able to conclude that sexual orientation is genetically hardwired. But being gay, at least for me, is also a social construct. It carries connotations of community, affinity, more than a little vanity and cattiness, and an ever-widening embrace of how my LGBT brothers and sisters choose to define themselves, including cisgender, non-binary, bears, otters, twinks, nerds and puppies.

So, while it’s somewhat strange to have social media report to the world (or at least my friends there) that I’m bisexual, I can honestly say that I have been there and done that. And the more that I’ve done, the more it’s opened my heart to compassion for fellow passengers on this trip called life. Figuring out how to navigate the world is hard enough. Coming to terms with yourself is the work of a lifetime. How much harder must that be when you know you’re homosexual, but can’t identify as gay? It turns out that for every broken down drunk at the end of a gay bar, there’s likely more than a few nursing that fifth drink at some straight club suspecting that life is passing them by and they may never be comfortable in their own skins. In the final analysis, being out doesn’t mean you subscribe to everything under the sun that’s considered gay. And being out certainly doesn’t guarantee you happiness. It guarantees authenticity. 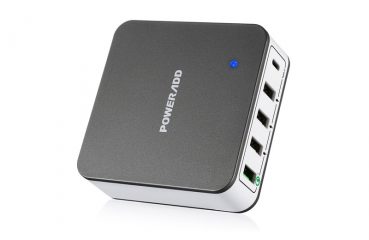 Our Top Five High-Tech Gadgets to Improve Your Life Now

As we say goodbye to 2017, I wanted to share with you some of the tech that I’ve personally bought and used this year that has added quality to my life. Looking for holiday tech...

It’s big news in the age of Trump when our neighbor to the north apologizes for the mistreatment of its LGBT citizens....