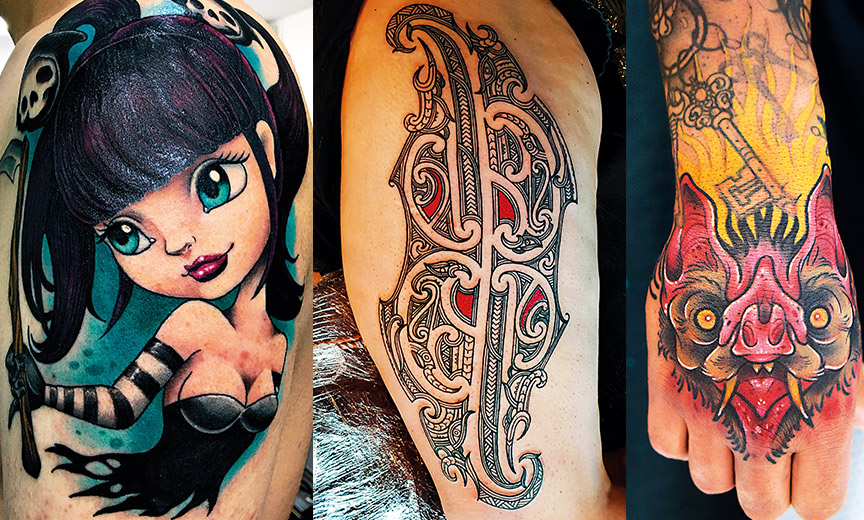 Once considered the purview of sailors and criminals, tattoos have increasingly become nearly ubiquitous in Western Culture. (There’s even a reality competition show about it called Ink Master, which was recently renewed for an 11th season.) A wider audience in search of ink that expresses their creativity and identity means top-notch tattoo artists are more in-demand than ever. Enter Chris Coppola, and his eye-catching compendium 1000 Tattoos (Universe Publishing, $29.95), which features new works from more than 40 of the most groundbreaking, up-and-coming tattoo designers working today. These artists represent a wide range of diversity — in terms of culture, race, gender and geographic origin. But the proof is in the work: Scott Ellis’ full back tatoos of jungle-prowling tigers and wave-riding dragons; Corey Weir’s bold, intricate, interwoven patterns; Gakkin’s wild, skin-swallowing fields of black; Lesha Lau’s surprising pixellations; Naoki’s big-eyed cartoon characters. Anyone can enjoy these eye-catching creations, but they’re certain to get tattoo-enthusiasts itching for their next investment in ink. rizzoliusa.com 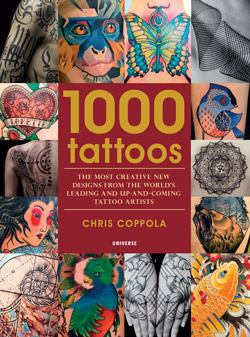